The reborn Pulsar came as a hatch and a sedan, with a number of models ranging from the entry level ST to the sporty SSS.
EXPERT RATING
8
Nissan made the questionable decision to drop the well-known Pulsar in 2006 in favour of the Tiida. But stalled sales saw the Japanese brand revive the Pulsar nameplate in 2012.

Nissan made the dubious move of dropping the well-known Pulsar in 2006 in favour of the Tiida - a name unfamiliar to Australians.

When the new nameplate failed to gain any traction with Australian small-car buyers, the company had to back-pedal in an effort to regain lost ground and reprised the Pulsar name from the ashes.

Released in 2012, the new Pulsar was longer, wider and lower than the Tiida, and rolled on a longer wheelbase.

Released in 2012, the new Pulsar was longer, wider and lower than the Tiida.

The reborn Pulsar came as a hatch (C12) and a sedan (B17), with a number of models ranging from the entry level ST, through the ST-L, ST-S, the smartly equipped Ti and the sporty SSS.

There were two petrol engines, a 1.8-litre four-cylinder unit that saw duty in the ST, ST-L and ST-S, and a 1.6-litre turbocharged four that featured under the bonnets of the Ti and SSS.

The ST-L, which was also available as a sedan or hatch, was better equipped again. In addition to the ST's features, it had six speakers, front fog lamps, a leather steering wheel, folding rearview mirrors, and illuminated entry and exit.

The SSS was only available as a hatch, but it too had a long list of standard goodies.

The range-topping Ti was only available as a sedan, but it had the most fruit. Standard equipment included 17-inch alloy wheels, dual-zone climate control, cruise control, a reversing camera, park assist, adjustable automatic headlamps, keyless start, leather trim and sat nav, while a sunroof was optional.

Like the ST-S, the SSS was only available as a hatch, but it too had a long list of standard goodies. Included were a sporty body kit, a rear spoiler, dual-zone air-conditioning, reversing camera, CD player, cruise, front fog lamps, sat nav, adjustable headlamps, keyless remote start, leather trim, park assist, power windows and mirrors, speed-dependent wipers and cloth trim.

With Bluetooth available across all models, it was possible to connect an iPhone or Android device. And all models had a full-sized steel wheel for the spare.

A Series II update was launched in 2015, with a model shuffle, revised equipment levels, and price cuts. Most notably, the Ti sedan and ST-S hatch were dropped from the range, but a SSS sedan was added.

A roomy cabin was one of the main attractions of the reborn Pulsar; it stacked up well for head and legroom (even the rear legroom was generous), and there was good-sized boot of 510 litres.

There were also lots of storage options, with door pockets, boxes and bottle and cupholders front and back.

The fit and finish was generally of a good standard, and the materials used in the cabin made it feel like home. There was no split-fold rear seat in the sedan, which limited the car's flexibility of use, and the full-sized spare was intrusive.

A roomy cabin was one of the main attractions of the reborn Pulsar.

The mainstream models in the range, the ST, ST-L, and Ti, were equipped with a 1.8-litre four-cylinder engine that delivered comfortable performance with good economy.

The ST-S and SSS were the sporting heroes of the range with their 1.6-litre turbocharged four-cylinder engines.

Nissan recommended running them on 95-octane unleaded, and they would deliver a 140kW (188 horsepower), punch at its power peak, and a whopping 240Nm when at its top torque.

All models were front-wheel drive, and there was a choice of a six-speed manual gearbox or a CVT, which was the only automatic option offered.

The ST-S and SSS were the sporting heroes of the range with their 1.6-litre turbocharged four-cylinder engines.

On the road, the 1.8-litre engine makes for a comfy cruiser rather than a peppy performer. It gets the job done with minimum fuss, but without the zip of the turbo engine.

The handling was good, and the ride was pleasantly comfortable. It's important to note that the automatic transmission is a CVT, which can be off-putting to some people when they first experience it, because the engine appears to be revving hard all the time.

Spend the time to get accustomed to it, and you'll probably find it won't bother you at all.

On the road, the 1.8-litre engine makes for a comfy cruiser rather than a peppy performer.

A five-star tick from ANCAP says it all about the Pulsar's safety. It had a full array of passive safety features with front, head and side airbags, lap/sash seat belts in all five seats and seat-belt pretensioners.

The Pulsar has been a popular car with rental companies, so be aware that there are ex-renters on the market.

Being relatively new - the earliest cars are just six years old - the Pulsar is in its prime, and so makes perfect buying sense for anyone wanting a near-new used car.

Some owners expressed frustration at the out-dated sat-nav maps on those models fitted with the navigation aid. Others have had trouble with the CVT automatic transmission. When test-driving a car with the CVT, listen for any untoward noises or vibrations coming from the transmission.

Check the car's service book to confirm that all relevant recall work has been done. At the same time, check the service record to reassure yourself the car you are thinking of buying has been serviced according to Nissan's recommendations.

Both engines have timing chains, which eliminates the requirement for regular replacement, like you'd have to do with a belt.

The Pulsar has been a popular car with rental companies, so be aware that there are ex-renters on the market. Renters are sometimes treated poorly, and they can also have higher kilometres than privately owned cars.

When new, Nissan covered the Pulsar with a warranty for three-years/100,000km. The recommended oil is 5W-30.

There have been a number of recalls affecting the Pulsar and prospective buyers should be aware of them. One in 2013 related to the satellite sensor for the side airbags, which could have been incorrectly installed. If it was, the airbag may not deploy correctly. Not a good thing in a crash.

Another in 2014 was to check the fuel rail on the engine for leaks. It appears that the fuel pressure sensor wasn't tightened properly and could come loose over time and result in a fuel leak. There was another in 2015, which related to the push-button start switch, which could stick in the on position and not return after the engine is switched on. Should it be driven with the switch in that position, the engine could stop when the driver was not expecting it.

Another recall was to check the operation of the stoplight on cars with the CVT transmission. It seems some were fitted with the wrong stoplight switch. A software problem that could cause vehicles with 1.8-litre engines and CVT transmissions to loose power or stall while being driven between 10 and 60km/h was the cause of another recall.

If anything crops up, you'll probably find it on our Nissan Pulsar problems page.

Safe, reliable and roomy, the Pulsar is ripe for picking by used car buyers.

Ken Jacobs: I find the 2016 ST auto a good, roomy family car. The performance and handling are good, the steering is smooth, and it's quite economical.

Tim Walton: The CVT gearbox in my 2013 ST broke within the first year. I wouldn't recommend one.

Shane Bolton: I've bought my 2016 ST new. It's good on fuel, handles well, but the interior is basic and I don't like the CVT.

Safe, reliable and roomy, the Pulsar is ripe for picking by used car buyers. 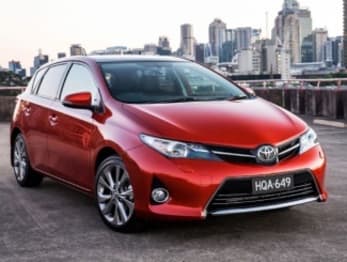