Mazda was riding high in 2004 when it replaced the 323 with the new generation Mazda3, its 'Zoom-Zoom' catch cry was getting plenty of attention and buyers were beginning to return to the company’s showrooms.

The Mazda3 was the third model in the 'Zoom-Zoom' generation following on from the MX-5 sports car and the mid-sized Mazda6.

Such was the success of the Mazda3 that it’s hard to imagine that even the most optimistic of Mazda’s managers wasn’t surprised by it.

It was the start of a new and golden era for the Hiroshima-headquartered company.

With a combination of sporty looks, peppy performance and dynamic handling it was a winner from the get-go.

At its 2004 launch there were four models, the Neo entry-level, Maxx, Maxx Sport, and the sporty SP23.

The Neo kicked things off with the option of sedan or hatch body styles, and a lengthy list of standard features.

Cruise control was optional, but there was no sat nav, rear parking sensors, reversing camera, park assist, sunroof, or touch screen offered, and being before the digital revolution got going there was no Bluetooth to connect your iPhone or Android device. MP3 connectivity was added to the features list in the Series 2 in 2006.

The Maxx, which was also offered in sedan and hatch body styles, was next in line.

Among the extra features you got with the Maxx Sport were larger alloy wheels, front fog lamps, and a body kit.

There were no options when it came to the MZR-CD when it arrived in 2007; it had most things you could have wanted at the time.

It had six-speaker sound with a CD stacker and MP3 connectivity, cruise was standard, so too was a multi-function steering wheel, the driver’s seat was height adjustable, there was a tacho and cloth trim.

At the top of the totem the MPS was also comprehensively equipped. It had 18-inch alloy wheels, and a limited-slip diff, the air-conditioning was climate control, there was a full body kit, a leather steering wheel and gearshift knob, sports seats, sports instruments and sports pedals.

The cabin was quite a pleasant place to be, it was roomy, well equipped, and nicely laid out.

It had good head and legroom in the front; those in the rear weren’t so fortunate and were a little cramped for legroom.

The seats were comfortable and supportive, important in a car that makes the promise of driving thrills.

There was also an array of storage options, including cupholders, holders for bottles, and pockets and bins of various sizes.

The boot was quite generous in size, the space-saver spare helped there, as did the 60/40 split-fold rear seat, which added to the useful load carrying capacity.

The petrol engine used in the Neo, Maxx and Maxx Sport was a double overhead camshaft 2.0-litre four-cylinder, which had twin peaks of 104kW (139 horsepower) and 181Nm.

It was a free-revving and willing engine and ensured the small Mazda had plenty of get up and go whenever needed.

On the downside, the fuel consumption was relatively high at 8.2-8.9L/100 km combined average (claimed).

With a 2.3-litre four-cylinder petrol engine that boasted even higher peaks of 115kW/203Nm the SP23 had the performance expected of Mazda’s traditional hero model.

With variable valve timing on the inlet valves the 2.3-litre engine’s torque delivery was strong through the rev range.

The Neo, Maxx, Maxx Sport, and MP23 were available with either a five-speed manual gearbox or a four-speed automatic transmission.

Come the Series 2 update in 2006 Mazda entered new territory when it released the MPS hot hatch and the diesel-powered MZR-CD.

The pounding heart of the MPS was a turbocharged 2.3-litre four-cylinder engine that had 190kW (254 horsepower) and 380Nm.

Pressed hard the FWD hatch would race to 100 km/h in little more than six seconds, but driven sensibly the massive torque of the engine delivers sharp response on traffic and easy overtaking.

On the downside the turbocharged engine required 95-octane Premium unleaded petrol to perform.

Mazda answered the call for a diesel with the 2.0-litre four-cylinder common-rail turbo-diesel engine. While it delivered the fuel economy wanted it was only available with a manual gearbox, which dented its appeal.

The only transmission option available to MPS and MZR-CD buyers was a six-speed manual gearbox.

Mazda’s 'Zoom-Zoom' pitch to buyers was built around the dynamic driving experience and the Mazda3 lived up to the promise.

The engines delivered a good blend of performance and driveability, the ride was on the firm side, but comfortable, and the chassis was agile and responsive.

With more power and torque from its larger 2.3-litre engine, and sportier chassis tuning, the SP23 was sharper and even more responsive.

The sportiest of the lot was the MPS with its turbocharged 2.3-litre engine. It truly lived up to its hot hatch tag with blistering performance and super-sharp handling, but being FWD it suffered somewhat from torque-steer when driven hard.

All models across the BK range were rated by ANCAP at four stars.

The entry level Neo had airbags for the driver and front passenger, and seatbelt load limiters and pre-tensioners, and all seat belts were lap sash type.

A safety pack option was available on the Neo to boost the safety with ABS braking and side and head airbags.

The safety features picture was much brighter with the Maxx and Maxx Sport. In addition to the front airbags it also had side airbags for the front seat occupants.

As well as the airbags it also had ABS braking, emergency brake assist (EBA), and electronic brakeforce distribution (EBD).

At the same time the Maxx, Maxx Sport and SP23 could be optioned up with Electronic Stability Control (ESC).

When they entered the fray in Series 2 the MPS hot hatch and the MZR-CD diesel came with all the safety goodies offered in the BK era, including ESC and Traction Control.

Lap sash seat belts in the rear allowed baby seats to be fitted, but it was too early for ISOFIX baby car seat location points (legal in Australia from 2014).

There were two common complaints with the BK model in the wake of its launch: road noise and fuel consumption.

Complaints about the road noise were frequent as owners searched in vain for a solution that would cut the noise to an acceptable level.

Unfortunately there were no easy answers, and it wasn’t until the 2006 Series 2 update that Mazda introduced modifications to the body that made it more rigid, and added more sound deadening to ease the problem.

While no one complained about the performance of the BK they did complain about the fuel consumption of all models in the range.

One answer was to introduce a diesel engine, which came in 2007 in Series 2 and certainly cut the fuel consumption by a significant amount, but because it was only available with a manual gearbox it wasn’t the answer for which most people were looking.

Apart from the lack of an automatic transmission the diesel had a problem with the diesel particulate filter (DPF) used to meet exhaust emission limits. On some cars that were only doing short trips, like dropping the kids off at school and going to the supermarket, the PDF didn’t get a chance to clean itself so a small amount of diesel fuel was injected into the engine to initiate the cleaning process.

Unfortunately some of that fuel ended up in the oil, contaminating it, and putting the engine at risk of major failure. The sign of a problem is when the oil level rises above the full mark on the dipstick. If you’re buying a diesel check the oil level.

When new the Mazda 3 had a warranty for three years/unlimited kilometres, which has long since expired.

Like anything in mid-life it is prone to mid-life crises. When shopping for a BK seek out those with the lowest possible kilometres. That way you will minimise the chances of a mid-life meltdown.

Prior to purchase look for oil leaks around the engine and gearbox, listen for unusual knocks and bangs from the suspension, and make sure the engine revs freely and doesn’t emit any smoke from the exhaust and check that the automatic transmission shifts smoothly.

Mazda’s recommended service interval was 10,000 km or every six months and it’s important to maintain the regular service routine for reliability over the long term.

Mazda’s petrol engines use a cam timing chain rather than a belt, which means there’s no requirement for regular maintenance in that area. There are no recalls affecting the BK Mazda 3.

Mazda introduced capped price servicing in mid-2012 and applied it retrospectively to the BK. A local mechanic can also service it to keep the service costs down.

MORE: If anything crops up, you’ll probably find it on our Mazda3 problems page.

Terry Edwards: We bought our Neo new in 2006. It’s now done 150,000 km and it’s never given us a moment’s concern. In all that time it’s only used one set of disc pads, two batteries, and four tyres.

Noel Pierson: I have a 2008 Maxx Sport. It’s great to drive, never given any trouble, and it’s good around town and out on the highway.

Michelle Penfold: I’ve owned my 2006 Maxx since new. I love the looks, the performance and the handling. It has been very reliable and easy to service. My only complaint is the road noise.

Tony Mifsud: My 2005 SP23 has done 200,000 km and is still going strong. I bought it new and it’s never been to the mechanic for anything other than regular servicing.

Have you owned a Mazda 3? Share your experience in the comments below. 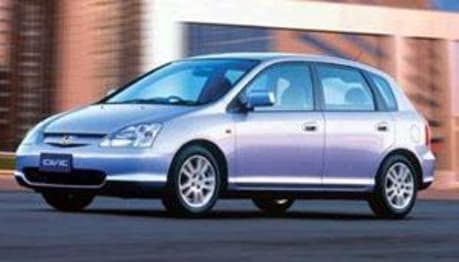 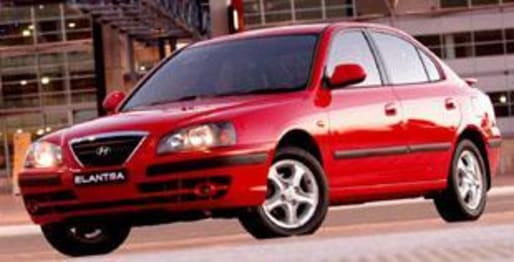 Lowest price, based on 116 car listings in the last 6 months

Hyundai i30 Mazda CX-3 Toyota Corolla Mazda CX-30
Disclaimer: The pricing information shown in the editorial content (Review Prices) is to be used as a guide only and is based on information provided to Carsguide Autotrader Media Solutions Pty Ltd (Carsguide) both by third party sources and the car manufacturer at the time of publication. The Review Prices were correct at the time of publication.  Carsguide does not warrant or represent that the information is accurate, reliable, complete, current or suitable for any particular purpose. You should not use or rely upon this information without conducting an independent assessment and valuation of the vehicle.