Book A Test Drive Download A Brochure Locate A Dealer

New Ford responded to the growing demand for SUVs by producing the Territory, a high-riding wagon with the choice of rear-wheel drive or all-wheel drive, and five or seven seats.

The Territory was shorter than the Falcon, but sat on a longer wheelbase. It was roomy inside, accommodating five in the base model, but seven with the optional third row, and there was still space left over for luggage.

The same 190 kW/383 Nm six-cylinder engine as used in the Falcon was slipped under the Territory's bonnet. There was also the option of the turbocharged version, also lifted from the Falcon, which produced a whopping 245 kW and 480 Nm.

Quite why you would want a turbo Territory is a mystery when the base engine has all the performance you could want and, while thirsty, isn't as much a fuel-guzzler as the turbo.

The rear-wheel drive version was a smart move by Ford when it would do everything most owners wanted, for less money and less complication. At the same time the AWD system was there for those who did want the safety and the offroad ability that came with all-wheel drive.

All models were well equipped with all the goodies most people expect these days. Even the TX base model had air, adjustable pedals, power windows, cloth trim, CD player and remote central locking.

The TS got you dual climate control air, cruise, rear cargo shelf, velour trim, six-stacker CS sound. At the top of the range was the Ghia with leather, powered driver's seat and a host of other goodies.

Now The Territory has been popular with families since its introduction, but it hasn't been without its flaws and they need to be recognised when thinking of buying used now. The most serious issue was the wear and failure of the front suspension balljoints. Some balljoints actually broke, even at low kays, but most wore out and required replacement at anywhere between 30,000 km and 100,000 km.

Initially Ford was using the same parts when replacing worn or broken joints, and these were just as likely to break or wear out as the ones they were replacing. Ford now has an improved balljoint and is fitting them to cars free of charge when customers ask about them.

Owners should check with their dealers and have the revised balljoints fitted. Another common problem concerns the degradation of the rear diff mounts, which can often he heard as a clunk in the rear of the vehicle when taking off or braking. The ZF six-speed transmission can also be troublesome, and very expensive to fix. Dealers tend to prefer to replace the whole gearbox rather than repair them, and the cost of doing that can run as high as $6000 or even more.

It's a good idea to get a second opinion from an auto transmission specialist in the event of trouble, as they can often repair the transmission for much less than a dealer would charge you. When test driving a Territory with the six-speed transmission make sure it shifts up and down smoothly and without hesitation.

Rust was a common complaint with early Territorys, particularly around the fuel filler cap, the rear window and under the bonnet. The engine is a tough old nail and has no serious flaws to speak of, except for fuel consumption, which is not brilliant at 12-plus L/100 km. The 4.0-litre engine will happily run on LPG should you want to cut your fuel bills.

With quite serious front supension and automatic transmission issues buyers should be wary of the Territory. Approach with caution. 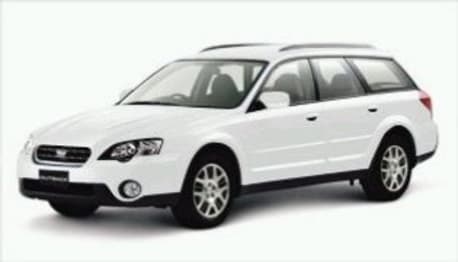 Lowest price, based on 126 car listings in the last 6 months