The Fiesta looked funky, had a funky interior and was packed with all the funky features.
Graham Smith
Contributing Journalist
CarsGuide
19 Nov 2012 • 3 min read

...and what to watch for when you are buying it.

NEW - The Fiesta was Ford's attempt to win over small car buyers who shunned recent offerings from the Blue oval brand.

The company made a big song and dance about appealing to young women with the Fiesta, but added that the sporting model in the range would appeal to young men. If it was having a bob each way there was no doubt the Fiesta was conceived to bring young women to the brand. The Fiesta looked funky, had a funky interior and was packed with all the funky features a young woman on the move could wish for.

There were two body styles on offer, a three-door hatch and a five-door hatch, and three models, the price leading CL, the LX and the sporty Zetec. The mid range LX was only available as a five-door; the others could be had with three or five doors. Three engines were offered, two of them petrol and one a diesel.

The petrol engines were a 1.4-litre and a 1.6-litre, but the diesel was the big noise with a claimed consumption of 3.7 L/100 km. There was also the choice of manual and automatic transmissions with the final drive being through the front wheels. On the road the Fiesta was poised when cornering, had a compliant ride, and its engines were smooth and flexible. Inside, it was quiet and refined, the seats were comfortable and there were plenty of nifty features like voice-controlled Bluetooth and a USB slot for an MP3 player.

Few complaints have been received at Carsguide, suggesting that Fiesta owners are generally happy with their purchase. The most common complaint relates to engine pinging, and despite dealer recommendations to switch to higher octane fuel it doesn't seem to go away. Fuel economy is also a concern for some owners, particularly with the 1.6-litre engine, which doesn't come close to the official Ford figure. Anyone buying for fuel economy should strongly consider the diesel, which does deliver very good economy.

We have also had the odd report of the engine cutting out for no apparent reason, and dealers have not been able to find the cause of the problem. Random failures of this sort are quite common on today's cars with all their electronics. It only takes a poor connection somewhere, or a sensor that misbehaves occasionally and you have a car that does things that are difficult to explain.

The performance of the air-conditioning has been called into question by a number of owners who say it blows cool rather than cold on hot summer days. Rattles are also the subject of complaint, which would appear to be the result of variable build quality. Like all modern cars servicing the Fiesta is vitally important to ensuring a long and reliable life, so check that the car you want to buy has been serviced regularly and according to the book. 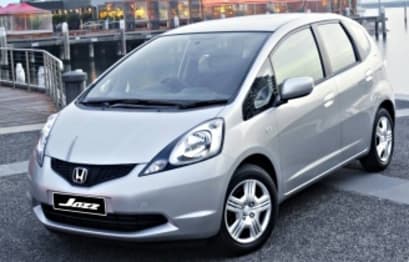 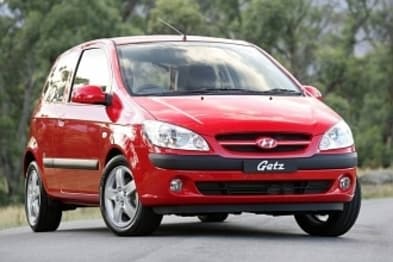 Lowest price, based on 82 car listings in the last 6 months

Ford Puma Toyota Yaris Ford EcoSport Ford Focus
Disclaimer: The pricing information shown in the editorial content (Review Prices) is to be used as a guide only and is based on information provided to Carsguide Autotrader Media Solutions Pty Ltd (Carsguide) both by third party sources and the car manufacturer at the time of publication. The Review Prices were correct at the time of publication.  Carsguide does not warrant or represent that the information is accurate, reliable, complete, current or suitable for any particular purpose. You should not use or rely upon this information without conducting an independent assessment and valuation of the vehicle.