It looked like nothing else on the road and grabbed a huge amount of attention, virtually all of it positive.
EXPERT RATING
7
The Audi TT was launched to a startled world in 1998 with an ultra rounded shape based around its fascinating wheelarches.

The Audi TT was launched to a startled world in 1998 with an ultra rounded shape based around its fascinating wheelarches. It looked like nothing else on the road and grabbed a huge amount of attention, virtually all of it positive.

Few outside the industry had heard of the Audi TT’s designer, German Peter Schreyer, but since that time he has become something of a legend - and was later headhunted by the South Korean car makers. But that’s another story.

The fascinating domed theme of the original TT’s body carries through to the cabin. Big circular dials and and ventilation outlets really look the part.

The TT first reached Australia in May 1999. The second generation TT, introduced downunder in November 2006, wasn’t as striking in its shape as the first. To call its lines somewhat generic is unkind, but it didn’t instantly shout out that it was a TT.

That changed with the launch of the third generation (Australia February 2015) and the TT has almost gone back to its roots. Love it.

Used versions of the first generation Audi TT are getting on in years, but one with a clean service record and having been owned by a sensible person is worth considering. However, despite having the underpinnings of a VW Golf major repairs can be pretty expensive. The second generation is probably a better bet. Quite a few gen-three TTs are now coming onto the used market and would be our choice - if the budget could support it…

The 2015 TT is something of a return-to-roots for the badge.

The TT is great fun to drive but in the front-drive models feels more like a warm-to-hot hatch than a full-on sports model.

In the early years there were several fatal high-speed Audi TT crashes in Europe, principally in Germany. These were caused by a design flaw. The aerodynamics weren’t quite right and the problem was exacerbated by the TT’s very short wheelbase. Later models were modified in their suspension and have a rear wing to push the tail to the road at speed. The wing spoils the the visual effect of the car in the eyes of TT purists.

The gen-two TT has a rear wing that’s hidden at lower speeds and raises automatically at moderate speeds. That is, at over 120 km/h, which is regarded as a moderate speed in more enlightened countries.

The original Audi TT was offered with 1.8-litre four-cylinder engines, in either light-pressure or high-pressure turbocharged format, the higher powered variants having the traction advantage of Audi’s quattro all-wheel drive. The capacity of the four-cylinder unit was increased to 2.0 litres using a turbocharged with the second generation TT.

In December 2004, a 3.2-litre V6 was squeezed under the bonnet of the Audi TT coupe, but not the roadster. Naturally, the V6 also received the quattro system. A five-cylinder 2.5-litre RS engine with quattro was added to the range just in time for Christmas 2009.

Straight-line performance is pretty good in even the smaller-engined models due to the TT’s relatively light weight. Indeed, they can be fun because they demand driver involvement to get the best from them.

No automatic transmission was offered until March 2003, when a six-speed torque-converter auto was offered with the low-pressure engines. Good as it was, this transmission has been somewhat upstaged in the technology stakes by the six-speed double-clutch (S tronic in Audi speak) used in the Audi TT 3.2 quattro.

Early generation double-clutch gearboxes can be painful at very low speeds, such as when parking. Test drive one in stop-start conditions to see what your think.

The TT is a high-tech car and should only be serviced and repaired by professionals. Good amateurs can tackle some of the routine maintenance work should they be so inclined. Make sure you've got a workshop manual close at hand, though.

Spare parts prices aren't cheap, but are in keeping with others in this class. It’s much the same story with the cost of servicing and repairs.

Check on insurance premiums as they can vary quite a bit, though this seems to be settling into mid-range figures in recent years. Your local Audi dealer may be able to offer advice.

Look for signs of previous crash repairs. A ripply finish in any of the panels, or a mismatch in paint colour from one section to the other are fairly easy to spot. If there's the slightest concern either get a full professional inspection, or find another TT.

Check the roadster’s roof seals correctly when it is closed and that it doesn’t have any tears or cuts, especially around the stitching.

Look at the carpets and the floor under them on a roadster for signs of dampness.

Check the engine starts promptly, even when it’s stone cold. If there are any doubts try to arrange to come back first thing in the morning to have it completely cold.

Gearchanges should be reasonably light, but remember the gearbox is a long way from the shift lever, with a multitude of links connecting the two. This can give it a slightly spongy feel in older models.

Uneven tyre wear at the front possibly indicates hard driving, or it may mean the TT has thumped kerbs. Both are a cause for concern.

Sporty cars are seldom driven in a sporting manner - but when they are it might be best to avoid them. If the price is low and/or you can do your own repairs and maintenance then matters may be different. 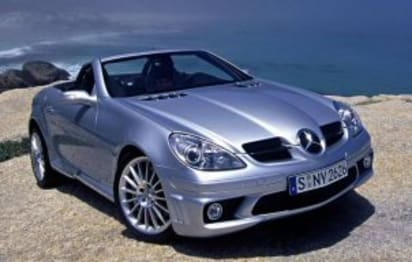 Mazda MX-5 Audi A3 Mercedes-Benz C-Class Mini Cooper
Disclaimer: The pricing information shown in the editorial content (Review Prices) is to be used as a guide only and is based on information provided to Carsguide Autotrader Media Solutions Pty Ltd (Carsguide) both by third party sources and the car manufacturer at the time of publication. The Review Prices were correct at the time of publication.  Carsguide does not warrant or represent that the information is accurate, reliable, complete, current or suitable for any particular purpose. You should not use or rely upon this information without conducting an independent assessment and valuation of the vehicle.