The Q3 sold in its original form up until 2018, but some dealers were still holding demonstrators well into 2019.
EXPERT RATING
6
Released in Australia in 2012, the Audi Q3 is a compact SUV that shares a lot of engineering (and competes) with the Volkswagen Tiguan.

Released in Australia in 2012, the Audi Q3 is a compact SUV that shares a lot of engineering (and competes) with the Volkswagen Tiguan.

But even the second hand price of an earlier example can represent good value, and there was plenty in the Q3 range to choose from including diesel or petrol power and front- or all-wheel drive.

In terms of its overall dimensions, the Audi was actually a fraction smaller than the Tiguan, but its interior dimensions are very similar.

Even so, it’s important to check that the vehicle is the right size for your family as the rear seat isn’t huge.

Like a lot of modern SUVs, the model comparison is a very interesting one with loads of choices, the main one being all-wheel drive vs front-wheel drive.

Audi is typically pretty fierce on the cost of accessories. (2015 model shown).

But make sure you know what you’re looking at, because Audi is typically pretty fierce on the cost of accessories.

Floor mats are a common sweetener once the salesman has got his or her hooks in, and a lot of owners subsequently went on to add their own accessories such as aftermarket rims and tinted windows.

Neither of these will have very much affect on resale value, though, so don’t be afraid to haggle hard.

What can have an effect on used values is the colour of the Q3.

Smart buyers went for traditional Audi colours silver, black or white – all pretty standard shades – while the more adventurous opted for red or bright blue which might turn some buyers off. As will the optional metallic brown (for many people, anyway).

In terms of trim levels, you had a based-model and then a Sport, but Audi also offered a variety of optional packages as well as its 'S line' interior and exterior options of Audi’s own design.

That can make it hard to know precisely what you’re being presented with, so learn how to spot what’s what before going shopping.

The move up to the Sport edition got you bigger (18-inch) alloys, body-coloured lower panels (to make it look more like a body kit was fitted) keyless entry, selectable drive modes, an auto dimming mirror, sports seats and stainless-steel highlights.

A popular addition to the base-model was the 'Comfort Package' which added the dimming mirror, automatic lights and wipers, a power tailgate, Nappa leather, electric eats and keyless entry and start.

Missing was the blind-spot monitoring that some of the Audi’s competition had.

Never an off-road vehicle (by any means) the Audi made do with a space saver spare tyre.

Many of these cars will still have some factory warranty left to run, so check the service record to see the vehicle hasn’t been missing any scheduled servicing.

Because it’s based on a VW Tiguan but was 42mm shorter in the body, the Q3 is not as roomy as some of its competitors.

That’s largely played out in terms of boot space, purely because when Audi sliced into the platform’s dimensions, it was the rear end that got the chop and that means less luggage capacity.

So, while you do get a cargo cover (and many examples have the dealer-option cargo liner, too) the storage space simply can’t match the size of some other SUVs.

The storage space simply can’t match the size of some other SUVs. (2015 model shown).

That’s especially true when all five seats are occupied (so you can’t fold the rear seat down) at which point the standard roof rails and a roof rack come into their own. See if the car you’re looking at has such an accessory.

Audi interiors have always been high-tech, so the Q3 got a smart looking layout with great ergonomics.

But you did need to pay extra for the premium sound system which ran to a subwoofer and 10 speakers, while the conventional Apple and Android functions were taken care of the by the standard system integrated into Audi’s own layout.

The rest of the infotainment deal was accessed by a touchscreen and, again, the 'Technik Package' really amped up the multimedia with a 20 gig of music storage and twin SD card readers.

What you won’t find, though, is a DVD player.

Leather seats were part of the standard deal and the S line (Sport) package also got you sports seats.

That optional Technik (technology) Package also got you a sat-nav based navigation system and, generally speaking, the more the original owner paid back in the day, the more gadgets you’ll be playing with now.

Keyless entry and start (Smartkey) was included in the optional Comfort Package, and offers push button starting and keyless go.

Climate control air conditioning was standard, as was a touchscreen and everything else from the cup holders to the instruments had that Audi flair and attention to detail.

Really, the only shortcomings were – literally – the rear legroom and luggage space, so if your family isn’t a big one, the Q3 should do the job.

And if you’re lucky, you’ll find a used example with the optional panoramic sunroof, making the interior very airy and light.

And it gets complicated, so use this guide to figure out what Q3 you’re looking at.

The same engine could also be had in a 130kW/380Nm tune for extra money and was popular at a time when turbo-diesel was all the rage.

The entry-level petrol engine was a 125 TFSI.

Interestingly, all these engines had the same 2.0-litre capacity.

That changed in 2014 when a new entry-level engine was added to the line-up.

The 110 TFSI and 103 TDi were only available with front-wheel drive, but the more powerful petrols and diesels could be had with all-wheel drive which was Audi’s simpler version of 'Quattro' that made the car behave as a front-wheel drive until wheel slip was detected.

Only at that point was some drive sent to the rear axle.

Gearbox choices consisted of six-speed manual or a six or seven-speed version of Audi’s dual-clutch transmission.

The Series II upgrade for 2015 saw the mechanical line-up simplified a bit with the 110 TFSI carrying over to be joined by a 110kW turbo-diesel, a 135kW turbo-diesel and a 132kW turbo-petrol.

The manual gearbox was dropped and all Q3s became all-wheel drive apart from the base-model 110TFSI which remained front drive.

Petrol engine Q3s used a timing chain rather than a timing belt which should have meant less maintenance, but didn’t always (see Any Issues).

The lighter versions of the Q3 were relatively trim with a kerb weight of less than 1500kg, but the turbo-diesel all-wheel drive variants could tip the scales at closer to 1600kg.

The Q3 offers a pretty civilised driving experience with a high and mighty driving position and easy access to the cabin thanks to the ride height.

It’s also a smooth cruiser and a decent long-distance car but one that doesn’t suffer in the cut and thrust of suburban work.

The only slight hiccup there is that some owners never seem to come to terms with the dual-clutch transmission.

Driven correctly, the transmission can be smooth and slick, but a clumsy or careless driver can often illicit a thump or clunk when moving off. Most people get used to it quickly, but it’s worth mentioning.

The turning circle is not remarkable, but the Q3 is short enough to be manageable in modern underground car parks.

Unlike some of its bigger brethren, the Q3 misses out on Audi’s air suspension, but the conventional springs and dampers under it seem to do a good job of isolating passengers from the worst of road shocks.

Driven correctly, the transmission can be smooth and slick. (2012 model shown).

The sporty feel Audi was searching for, however, comes at the cost of some ride comfort.

Interior noise levels are low and the seats are comfy for long stints, and there’s little road noise from the standard tyres on their alloy wheels.

The Q3, meanwhile, has zero off-road capability, so forget about wading depth and ground clearance, because they just don’t apply to this vehicle.

What is of importance to buyers is fuel economy and in that regard, the Q3 shines.

The petrol engines are all zingy, smooth units that sip fuel, but it’s the turbo-diesel fuel consumption that is the highlight.

While your actual mileage will vary, a turbo-diesel Q3 can easily get its consumption down into the 6.0 litres per 100km region on a highway drive.

The petrol versions, meanwhile, generally have slightly better straight line acceleration and, depending on the engine in question, 0-100km/h can take as little as about eight seconds.

That said, the performance figures will vary quite a bit considering the power difference between the variants.

The Audi Q3 rates well enough to score five stars for safety in independent testing and every Q3 variant had standard front and rear parking sensors and a reverse camera.

There was no park assist or self parking function, however, but you did get all the expected features including ABS brakes, stability control and side-curtain air-bags that covered all seating positions.

This model Q3 was also the one that introduced Australian buyers to the ISOFIX system of securing a baby or child restraint. All Q3s have this feature.

One of the common problems with the Audi Q3 is that it was caught up in the shameful 'Dieselgate' furore where the manufacturer tried to cheat on emissions tests mandated by various governments around the world.

It got caught out, though, so those cars need to have been rectified.

Q3s built between 2012 and 2015 and fitted with the EA189 turbo-diesel engine should be checked by an Audi dealer who can check that they’ve been 'fixed’.

Technically, they’re not legal until they have been.

Some petrol engines have had issues with premature timing chain failure and, if that’s the case, the entire engine can be ruined as a result.

There’s a later timing chain design that fixes this problem, and again, Audi dealers know which cars had these faults and how to fix them.

Automatic gearbox problems with the dual clutch transmission have also shown up.

The gearbox issues involve premature failures and while Audis don’t seem as problematic as other brands in the Audi-VW family, any transmission that shudders when you take off or mysteriously loses drive – even momentarily – is a good candidate to be suffering wear.

Reliability issues aside, many Q3 owners have complaints, rating as high the service cost of their cars. Dealership servicing can be relatively pricey, it seems.

Read More: If anything crops up, you’ll probably find it on our Audi Q3 problems page.

The Q3 is ergonomically pure and well made, but tight inside. (2012 model shown.)

3/5 - Ergonomically pure and well made, but tight inside. 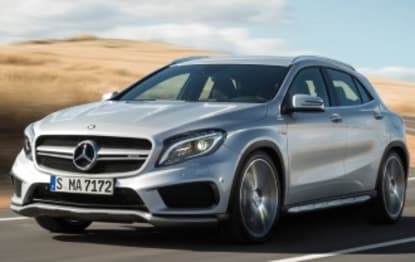 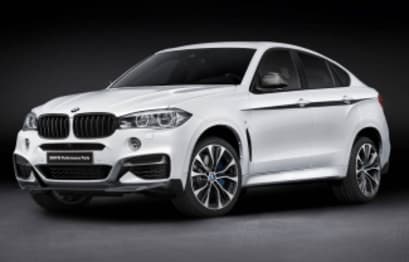 Lowest price, based on 37 car listings in the last 6 months

Audi Q2 Volkswagen Tiguan Volkswagen T-Roc Mazda CX-5
Disclaimer: The pricing information shown in the editorial content (Review Prices) is to be used as a guide only and is based on information provided to Carsguide Autotrader Media Solutions Pty Ltd (Carsguide) both by third party sources and the car manufacturer at the time of publication. The Review Prices were correct at the time of publication.  Carsguide does not warrant or represent that the information is accurate, reliable, complete, current or suitable for any particular purpose. You should not use or rely upon this information without conducting an independent assessment and valuation of the vehicle.