The refreshed hatchback also features the four-cylinder 85kW/150Nm engine from the ZS SUV and significantly overhauled styling to bring it in line with the brand’s new design language.

MG Motor announced a seven-year, unlimited kilometre warranty with the MG3, competitive with the Kia Rio. The seven-year warranty is now standard across all new MG cars.

The updated MG3 features styling that brings it in line with the design language used on the ZS SUV.

The facelifted MG3 now features an 8.0-inch touchscreen with Apple CarPlay (though, not Android Auto), and shares many cabin fittings from the ZS. The new four-speed auto is said to be ‘compact and lightwieght’ to maximise cabin space. While most small cars have now adopted dual-clutch automatics or CVTs, there are some such as the Kia Rio and Toyota Yaris which have retained a four-speed traditional auto.

The 8.0-inch touchscreen is claimed to be one of the largest in the segment, and the interior styling now matches the ZS.

Stepping up to the Excite at $17,990 adds all the features of the Core plus a six-speaker Yamaha-branded audio system, climate control, driver and passenger sun visors with vanity mirrors, 16-inch two-tone alloy wheels, body-colour mirrors with indicators, as well as various exterior aesthetic touches and synthetic leather seat trim.

Much like the ZS SUV, a glance at the fuel cap of the display car revealed that it will require mid-range RON95 petrol. The MG3 also retains drum brakes at the rear.

Safety is claimed to have been increased through the re-working of body structure materials, although advanced safety technology such as AEB is still notably missing.

With rival brands such as Mazda offering AEB across the range at increasingly low prices, MG told CarsGuide that the need for the technology in our market had been communicated to the "highest levels" of MG’s parent company, SAIC, and that the feedback had been "well received."

MG Australia’s General Manager Peter Cao was clear as to what else was to come from the Chinese-owned car-maker.

"Next year we will launch an updated ZS, and then the all-new MG GS.” he said.

The new GS SUV was recently confirmed for the Australian market.

As for the MG6, there is a replacement on the way internationally, but a business case is yet to be made for a right-hand drive version of the upcoming car.

We did ask about the anticipated roadster (this is MG after all) and were told that the E-Motion concept revealed last year was on its way to production, and that a business case would be made for a right-hand drive version when the time comes.

MG's sales are up 236.6 per cent year-to-date off the back of the ZS SUV launch, but has a long way to go when considering the 2017 baseline of several hundred vehicles.

Do you find the MG3 to be more compelling with its updated style and feature-list, or is a four-speed auto and lack of AEB a turn-off? Tell us what you think in the comments below.

As expected, Hyundai Australia has confirmed the facelifted i30 Fastback N will... 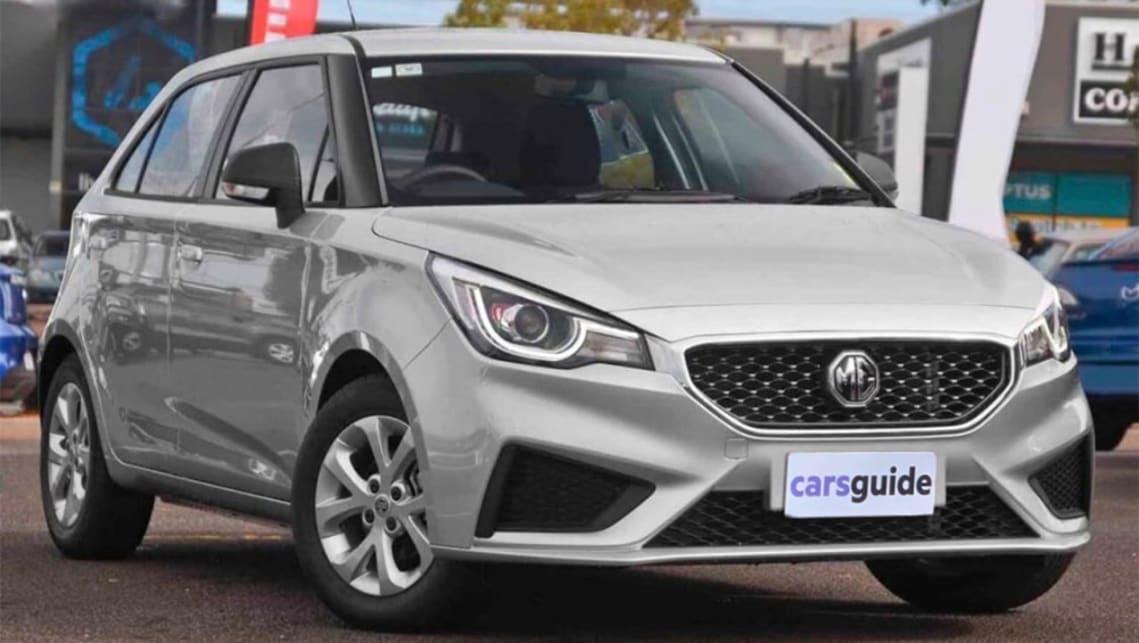