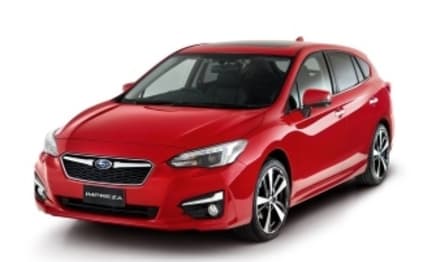 The Subaru Impreza 2016 comes in Hatchback and Sedan.

The Subaru Impreza 2016 is available in Regular Unleaded Petrol. Engine sizes and transmissions vary from the Hatchback 2.0L 6 SP Manual to the Sedan 2.0L Continuous Variable.

Explore prices for the 2016 Subaru Impreza

Interested in a Subaru Impreza?
Current Offers Check Availability Get a Quote Insurance Quote Get a Finance Quote

Check out real-world situations relating to the Subaru Impreza here, particularly what our experts have to say about them.

See All Subaru Impreza FAQs
Disclaimer: You acknowledge and agree that all answers are provided as a general guide only and should not be relied upon as bespoke advice. Carsguide is not liable for the accuracy of any information provided in the answers.
Interested in a Subaru Impreza?
Current Offers Check Availability Get a Quote Insurance Quote Get a Finance Quote

* Price is the median price of 98 Subaru Impreza 2016 cars listed for sale in the last 6 months. The Price excludes costs such as stamp duty, other government charges and options.