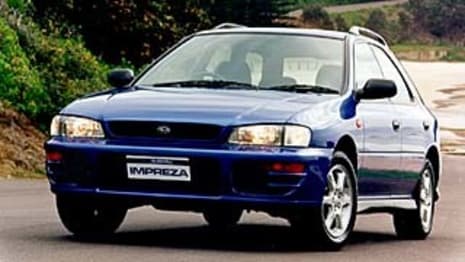 The Subaru Impreza 1998 comes in Hatchback and Sedan.

Check out real-world situations relating to the Subaru Impreza here, particularly what our experts have to say about them.

See All Subaru Impreza FAQs
Disclaimer: You acknowledge and agree that all answers are provided as a general guide only and should not be relied upon as bespoke advice. Carsguide is not liable for the accuracy of any information provided in the answers.
Interested in a Subaru Impreza?
Current Offers Check Availability Get a Quote Insurance Quote

* Price is based on Glass’s Information Services third party pricing data for the lowest priced Subaru Impreza 1998 variant. The Price excludes costs such as stamp duty, other government charges and options.