In this day and age when fuel economy is such a hot issue the Daihatsu Sirion looms as a real contender for anyone wanting cheap and reliable transport. The Sirion was never one of the hot sellers in the small car segment, it tended to fly under the radar, but those who took more notice found it was a well built and well equipped little car that delivered on its promise of reliability and fuel efficiency.

The Sirion’s looks are a matter of taste, and opinion was certainly divided when it was launched in 1998.

Its overall shape was rounded and rather dumpy, not at all sleek or svelte like its rivals at the time. It had large headlamps that gave it a boggle-eyed look, a large oval grille, and an odd offset licence plate.

The use of chrome was also somewhat at odds with the look of the day, which was rather more sombre with body-coloured bumpers and the like when the little Daihatsu made use of bright chrome finishes.

But at the end of the day styling is a matter of individual taste and there is little doubt that some will think the Sirion cute and cuddly.

Looks aside there was plenty to like about the five-door Sirion hatch. An offshoot of Toyota there was no disputing the build integrity of Daihatsu, even though it was a budget brand.

Let’s be honest, the Sirion was never intended to be a family car, at best it was a car for singles or couples without kids who only needed the back seat for their dog or occasionally transporting friends. That’s not a criticism, simply an acknowledgement that the Sirion is indeed a small car.

It was small by all measures, but still had reasonable head and legroom considering its small overall size. The boot was also quite a good size, largely because Daihatsu used a space-saver spare wheel.

The engine was a tiny 1.0-litre three-cylinder double overhead camshaft fuel-injected unit that turned out a modest power peak of 40 kW at 5200 revs with a mere 88 Nm at 3600 revs.

You don’t have to be Einstein to work out that it didn’t have sports car-like performance, but that’s not what it was about. On the road you had to work hard to keep up with the pack, particularly if it was loaded with a full complement of adults, and that meant constant use of the gearbox. It struggled when faced with a hill, and overtaking required planning and patience, but if you were prepared to let the pack go you could enjoy a more leisurely drive and save fuel at the same time.

At launch the front-wheel drive Sirion was only available with a five-speed manual gearbox, the four-speed auto wasn’t added to the range until 2000, but that only served to accentuate the Sirion’s performance limitations.

While not being sports car sharp the Sirion’s ride and handling were quite acceptable. It had a small turning circle, which made it very manoeuvrable around town and in parking lots, but it didn’t have power steering and that made the steering quite heavy.

Despite its modest price the Sirion was quite well equipped. Included on the standard features list were central locking, power mirrors and windows and a split-fold rear seat. Anti-skid brakes and air-conditioning were options.

Fuel consumption was one of the Sirion’s most attractive features and it was possible to get 5-6 L/100 km on average when driven around town.

Before rushing in it’s important to remember that Daihatsu left the market early in 2006 making the Sirion something of an orphan, although Toyota has made a commitment to provide ongoing support with parts and service.

Solid build quality means there are few problems showing up with the Sirion so it’s vital to check each car thoroughly. Despite the lack of common problems individual cars can have problems and these need to be identified.

The trade reports the odd instance of engine and gearbox oil leaks, and cooling system leaks, the latter possibly caused by a lack of maintenance.

It’s important to use the correct coolant in the system, and to follow Daihatsu’s recommendation for changing it. Unfortunately it is often overlooked and this can lead to problems.

Look for signs of abuse inside and out from an uncaring owner, and check for crash damage.

Anti-skid brakes were an option so it would be wise to look for one fitted with them to enhance the active safety package.

Small in stature, sedate in performance, the Sirion is a winner at the pump. 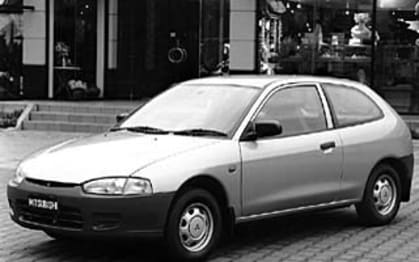 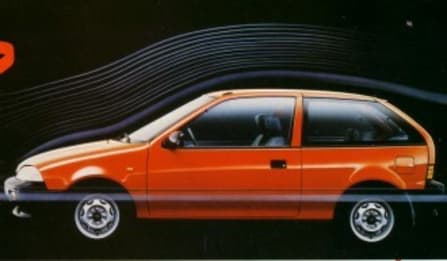