The Daihatsu Sirion is a stylish well-built Japanese hatchback with an excellent reputation for reliability and low running costs.

It wasn’t as successful as big brother Daihatsu Charade on the new-car market, but it’s a tough little critter and there are still plenty on the roads today.

They can be kept on the road with a minimum of expense if you choose a good one, drive it properly and keep the maintenance schedule up to date.

Just about every other maker of small cars has followed Daihatsu’s lead of two decades back and is now producing three-cylinder units.

The new Daihatsu Sirion, released here in April 2002, was substantially bigger than the first-generation model that was launched in in 1998. The gen-two is the one to aim for as it has decent interior room and a decent sized boot for it’s class.

The older models probably best left to couples and singles, but the 2002 model can work as a family car if the children are pre-teens.

The Daihatsu Sirion is well equipped for its age and class. It has air conditioning, a four-speaker CD stereo, power door mirrors, lap-sash safety belts in all five seats with driver and front passenger airbags.

The first series Daihatsu Sirion used an interesting three-cylinder 1.0-litre engine of the type the Japanese marque had made famous for many years.

Indeed, just about every other maker of small cars has followed Daihatsu’s lead of two decades back and is now producing three-cylinder units.

Transmission choices are five-speed manual and four-speed automatics. Autos don’t take as much out of the performance as you might expect as the Sirion is relatively light.

Then again, the manual’s gearshift is light and easy so it’s not a hardship to do your own shifting.

Handling is competent without being in any way sporting. There’s a reasonably neutral feel at everyday road speeds, but understeer comes in too early. A good set of tyres can give it a better feel and provide grip.

On the positive side a car with ordinary handling is seldom bought by enthusiasts and is less likely to have been thrashed.

Daihatsu has been controlled by Toyota since the early 2000s after getting into financial trouble. Toyota Australia stocks spare parts for most models younger than about 10 years.

However, it’s smart to check with your local Toyota / Daihatsu dealer on parts availability before getting too deeply into the purchasing process.

Spare parts recyclers should also get a phone call from you.

As it’s a relatively small car the Sirion doesn’t have a lot of underbonnet space so can be annoying to work on. Don’t tackle any safety related items unless you’re an expert.

Workshop manuals are available and are recommended.

Insurance costs are generally towards the bottom end of the scale. We don’t know of any major company that charges extra for the Sirion Sport, probably because it’s a dress-up variant not a real sport model, but it might be checking on this if you’re a young or inexperienced driver.

Check for rips in the seats and damage to floor and boot mats. Some wear is expected in a car of this age, but too much may mean it has led a pretty rough life.

Rust is rare but if it does get a hold it can run through very quickly due to the light construction of the Sirion. Look in the lower body areas, as well as the bottom edges of the doors and rear hatch.

Check the floor of the cabin and the boot for rust. Repairs there can be expensive.

Look for signs of crash repairs, minor repairs correctly executed are to be expected in older cars that spend a lot of time in city/suburban driving, but if you think a Sirion has been in a major crash have it inspected by a professional as sub-standard cars can be dangerous.

The engine should start quickly even when cold and should have a relatively smooth idle from start-up. Four-cylinder engines are smoother than the threes.

Check there is no smoke from the exhaust tailpipe when the engine is accelerated hard after idling for more than about 30 seconds.

Gear changes should all be light and easy, with the clutch taking very little effort to operate. If the clutch is heavy or sticky in action it may be due for an overhaul.

If the gearbox baulks or crunches when you do a fast change down, there could be expensive troubles. The third to second change is usually the first to suffer.

Drive the car at low speed with the steering on full lock in one direction and then the other and listen for a clicking sound of worn universal joints.

Look for sun damage on the dash top and rear shelf.

Salespeople often have monthly targets and bonus schemes and may be anxious to do a better deal when the end of the month is nigh. 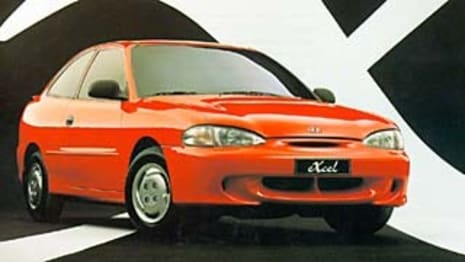 Daihatsu Sirion cars for sale
View cars for sale
Disclaimer: The pricing information shown in the editorial content (Review Prices) is to be used as a guide only and is based on information provided to Carsguide Autotrader Media Solutions Pty Ltd (Carsguide) both by third party sources and the car manufacturer at the time of publication. The Review Prices were correct at the time of publication.  Carsguide does not warrant or represent that the information is accurate, reliable, complete, current or suitable for any particular purpose. You should not use or rely upon this information without conducting an independent assessment and valuation of the vehicle.