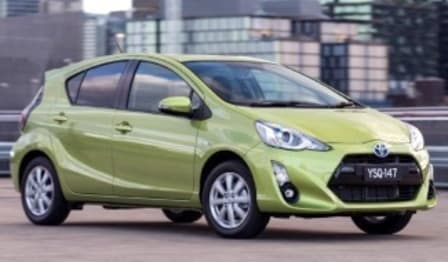 The Toyota Prius C 2015 is available in Hybrid with Regular Unleaded.

See All Toyota FAQs
Disclaimer: You acknowledge and agree that all answers are provided as a general guide only and should not be relied upon as bespoke advice. Carsguide is not liable for the accuracy of any information provided in the answers.
Interested in a Toyota Prius C?
Book A Test Drive Current Offers Locate A Dealer Insurance Quote Get Secured Car Loan