The current focus on petrol prices is apparently causing a fundamental shift in buying habits. If the latest new car sales figures are to be believed there is a significant trend towards smaller more fuel-efficient cars.

That being the case there is no reason to believe there won’t be a similar shift in the buying pattern of used car buyers and cars like Mitsubishi’s proven Lancer could well be one of those used cars buyers turn to.

The Lancer has been a popular small car for many years. The Lancer badge dates back to the 1970s when it was part of the then Chrysler family, but in the years that have followed it has become a well respected Mitsubishi name representing quality, reliability, affordability and style.

Added to that a long history of success in rallying would have helped build its reputation considerably as well.

Mitsubishi has maintained a steady as she goes policy with the Lancer, and why not when they’ve got a winner in their showrooms.

The current car can be traced back to the late 1980s, although that shouldn’t suggest that it is mired in the past. The Lancer is a great little car that holds its own in the toughly contested small car sales race.

Compared to other current small cars the Lancer isn’t the most stylish. In an era in which stylists are going for the carved from stone look with crisp edges and sharply defined shapes the soft and cuddly Lancer looks a little like it’s been styled for an older more conservative buyer.

The problem with styling though is that it comes into fashion fast and can drop out of fashion just as quickly, and the jury is out on the current trend. The Lancer on the other hand, while making you feel like throwing on a cardigan, has stood the test of time quite well and still looks appealing even if it feels a bit like an old sock now.

There were three body styles on offer in the Lancer catalogue, the four-door sedan, wagon and two-door coupe. If the sedan and wagon finds favour with young families, older couples, or those wanting a second car, the coupe is the one that younger buyers prefer.

For more there was the GLXi sedan and wagon that came with central locking, power mirrors and four-speaker sound.

If you wanted more in a coupe there was the sporty MR, which was standard with alloy wheels, side body skirts, fog lamps, power windows and a rear spoiler.

In the GLi the power initially came from a 1.5-litre single overhead camshaft fuel-injected four-cylinder engine that pumped out 69 kW at 550 revs and 126 Nm of torque, but buyers of the GLXi and MR had the extra punch of a 1.8-litre SOHC engine that boasted 86 kW at 5500 revs and peak torque of 161 Nm.

Both had the choice of a five-speed manual gearbox or four-speed auto and drove through the front wheels.

The Lancer has an enviable reputation for reliability. Mechanics who regularly work on them say they give little trouble, although they stress that it’s important to change the cam timing belt as per Mitsubishi’s recommendation of 90,000 km.

Generally the Lancer is a strong little car that stands up well in crash testing, making it a safe choice for young drivers.

If there’s a down side it is that they’re noisy. Expect a lot of road and engine noise, which can trick you into thinking something is wrong. Again experienced mechanics say it’s not unusual for owners to think they’ve done a wheel bearing when it’s only road noise they’re hearing.

It’s simply that car companies tend not to spend much money on sound proofing of small cars and in most that means there’s a lot of road noise.

The Lancer was rated about average in the latest annual survey of real life crashes. Crash protection improved with the addition of a driver’s airbag in the GLi and GLXi in 2001, the MR coupe got dual airbags at the same time.

Louise Ryan bought her Lancer GLi coupe in 2004. She liked its looks, thought its performance was good, and preferred the idea of buying a new car rather than the risk of purchasing a used car. In the 11,000 km she has now done in it there have no problems and she’s happy enough with it to consider buying another one. Her only complaint is that there is little room in the rear when she needs to carry passengers.

• middle of the road styling that will last

A good reliable small car that will give good service with a good turn of speed with miserly fuel consumption. 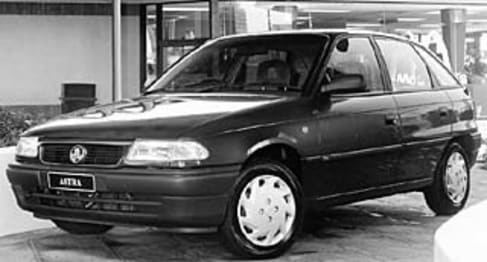 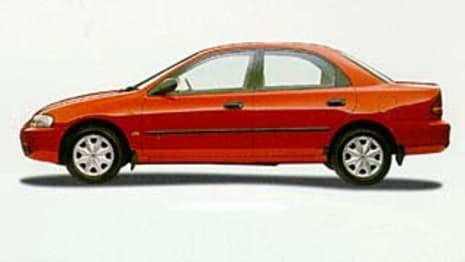