It was as tight as a drum, there were no rattles or squeaks, and the car drove impeccably.
Looking for a used Mercedes-Benz?

The Mercedes-Benz E-Class one of the business world's favourite cars, it's solid, roomy and the three-pointed star on the bonnet sends the right sort of messages to the rest of the community.

Enter the E280 Sports Edition that was designed to add some sporty spice to the luxury express. Basically, 'Benz bundled up a number of its most popular options into a pack and flogged it off at a bargain basement price. The company reckoned you could save $11,000 over the same car with equipped with
the options bought individually.

The E280 Sports Edition was offered in sedan and wagon variants, with the choice of petrol and turbo-diesel engines. If you ticked the petrol box you got a 3.0-litre V6 that boasted 170 kW and 300 Nm, had you gone for the diesel you would have got a 3.0- litre V6 turbo-diesel that peaked at 140 kW and 440 Nm.

Whichever engine you chose you got a seven-speed automatic transmission with paddle shifting. The Sports Edition also brought lowered sports suspension, perforated front discs and 18-inch alloy wheels. There were some other sporty enhancements, more for looks than function, things like a rear lip spoiler, a sporty gearshift lever, alloy pedals, and chrome exhaust tips.

Inside, it had sports seats with power adjustment with memory settings, and they were trimmed in sporty black leather with contrasting stitching. There was plenty of other gear as well, like the multi-function steering wheel with controls for just about everything, as well as Sat-nav, DVD player, and great sound system, and parking assist so you don't bump into anything else.

That was on top of cruise control, auto sensing wipers, auto headlights, and a glass sunroof. It was also packed with safety gear, such as ABS, ASR skid control, BAS emergency braking, ESP stability control, and a host of airbags. In short it had the lot.

It was hard to believe that the silver E280 Sports Edition sedan Mercedes diverted from its Approved Pre-Owned program to give us the chance to appraise it was four years old and had done a tick under 40,000 km. It looked, felt and smelled factory fresh. The silver paint was unblemished, the interior pristine, the only thing we could find that hinted at its used past was a few very minor scuffmarks on its 18-inch alloy wheels.

Handing over the keys to the car Mercedes-Benz media man David McCarthy told us the car had been subjected to the company's extensive 116-point exterior, interior and mechanical check and would normally have gone straight onto a dealer's lot as an Approved Pre- Owned car with a price tag of $55,000. Instead it was given to us for an extended test drive.

The Approved Pre-Owned program is an affordable way to buy into the prestigious brand if, for whatever reason, a new car is out of reach. It allows buyers to confidently purchase used cars with known
histories, most serviced from new by Mercedes-Benz dealers, with a two-year unlimited kilometre warranty and full roadside assistance, for the price of a new Holden Calais.

The E-class is a substantial car, reserved, but elegantly styled and packed with presence. It's also suitably reserved inside with understated black tones and a splash of dark woodgrain to provide an appropriate highlight. The seats, powered at the front, are trimmed in perforated black leather. They've comfortable and supportive, with heaps of adjustment in every direction to find the optimum position for every body, and once found they can be etched in the electronic memory.

There was no wear to be seen anywhere, there were no scuffmarks, nothing had worked loose, and there were no rattles or squeaks to be heard anywhere. Our car had the 3.0-litre V6 petrol powerplant. Like the rest of the car it was understated, smooth and quiet. There was a slight lag in response when you hit the go pedal, which meant you needed to anticipate your moves in traffic so you didn't miss the gap, but otherwise it performed well.

Once woken up it goes hard. Watching the fuel consumption read-out in the dash hinted at the might of the E-Class, varying as it did from around 9.0 L/100 km on the open highway to as much as 14.5 L/100 km in congested city going. That compares to the company's official claim of 9.7 L/100 km on average.

The average over the time we had the car was 11.0 L/100 km. The 7-speeder was also smooth and unfussed, the shifts subtle when left to do it for you. There was also the option of shifting manually, by either using the lever or the paddles behind the steering wheel. A momentary shudder when engaging Drive from Reverse was the only blemish we observed.

On the road our E-Class felt solid and substantial, the steering was comfortably weighted with a nice reassuring feel of contact with the road. As part of the Sports pack the E-Class rides on 18-inch wheels, which are wrapped in low-profile run-flat tyres, usually a sure fire recipe for a hard and uncomfortable ride, but in this case the ride is surprisingly comfortable and road irregularities are absorbed without fuss.

By the time we handed it back, we'd done a touch more than 2000 km in all sorts of conditions and it was hard not to be impressed with the E-Class. It was as tight as a drum, there were no rattles or squeaks, and the car drove impeccably.

If you want real prestige at an affordable price a 'Benz approved E280 Sports Edition could be the answer. 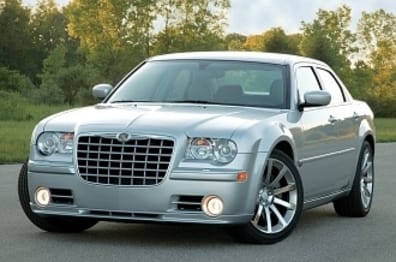