When the Honda CR-V was first sold in Australia in October 1997 it was a considered to be a genuine 4WD, albeit one intended only for mild conditions. That was almost 20 years ago and the SUV situation has changed markedly in the meantime. Today so-called small SUVs are really station wagons, are frequently driven by two wheels not four, and have relatively low ground clearance.

Honda CR-V followed the trend, indeed often led the way, and today's CR-V's are still selling well on the new-car market, with have a good reputation as used cars.

The CR-V's body is car-like in its construction but is beefed up with a reasonable strong underframe. It's no bush basher though.

How times change, in the early days some owners did try off-road driving - and the CR-V was found wanting. Normally only the front wheels are driven, with the rears being brought into action when the front wheels started slipping. In some conditions the delay in picking up drive to the rear wheels was too long. This was significantly improved in the 2001 upgrade but we still wouldn't be keen on taking on slippery dirt or soft sand in them.

Honda CR-V Series 2, from February 2001 continued a similar theme, but was a little more refined than the original. The big changes happened in the January 2007 Series 3 with lowered ride height and more sophisticated ride and handling, it was now more sedan/wagon - which is what buyers were demanding. Series 4 cars from October 2012 continued the theme and are surprisingly upmarket for their class.

All CR-Vs are five-door station wagons with seating for five, though the width of the seat is more suited to two adults than three. There's good legroom in the back seats thanks to the tall styling. Boot space is good and, as is the norm in this class, the rear seatbacks fold for added load space.

Sadly, the boot floor that could previously be taken out and used as a picnic table was no longer part of the package from Series 3 onwards.

Ride comfort of the Honda CR-V is good and handling is adequate and safe rather than exciting. They really do make excellent family wagons and we know of many owners who love nothing more than to stuff the kids and the luggage into the back and set off on interesting country drives.

Honda CR-V uses four-cylinder engines, with a 2.0-litre in the original model, then 2.4 litres from the Series 2 of 2001. As is becoming increasingly common Honda designed a smaller engine, back to 2.0 litres for the latest model in 2012. It has better performance and lower fuel consumption than the 2.0-litre it replaced. Manual and automatic transmissions are available in all CR-Vs.

Spare parts are more expensive than for cars but not outrageously so. Availability can be more of a problem in the bush than for ‘real' 4WDs but Honda's dealer network is long established and efficient.

Insurance rates are normally in the middle of the scale and don't seem to vary a great deal from one company to another.

Buy a Honda CR-V for what it is - a suburban runaround car that can go onto forest trails or trip along the beach (but see the foregoing remarks about soft sand) and you will like it. It's not intended to do serious bush bashing so shouldn't be subjected to that sort of use.

Looking at a Honda CR-V that's never been off-road? Smart move, but keep in mind that carting kids can be just as hard on off-road vehicles as taking them into the bush, so don't skimp on paying for a professional inspection.

Look over the cabin for signs of rough treatment, such as footmarks on the seats and damaged carpet or trim.

If you think a CR-V has spent a nice day on a beach do a full inspection of the underbody and bumper corners and mounts. Also check for sand and salt in the crevices, the latter could lead to severe rust.

Make sure the automatic transmission goes into gear quickly, changes smoothly and doesn't hunt up and down through the gears when it shouldn't.

A manual gearbox that has been misused may be crunch on fast downchanges. 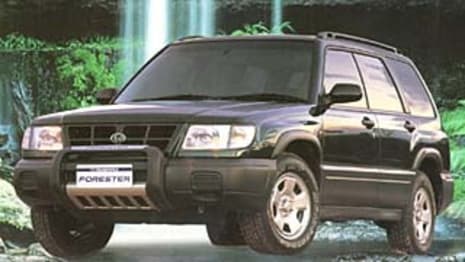 Mazda CX-5 Toyota RAV4 Lexus RX 350 Honda HR-V
Disclaimer: The pricing information shown in the editorial content (Review Prices) is to be used as a guide only and is based on information provided to Carsguide Autotrader Media Solutions Pty Ltd (Carsguide) both by third party sources and the car manufacturer at the time of publication. The Review Prices were correct at the time of publication.  Carsguide does not warrant or represent that the information is accurate, reliable, complete, current or suitable for any particular purpose. You should not use or rely upon this information without conducting an independent assessment and valuation of the vehicle.