2013 Honda Accord
EXPERT RATING
7
Two substantially different Honda Accords were sold in Australia from 2003 onwards; one mid-sized, the other large and almost in the same size class as our home grown Commodores and Falcons.  It's not only the size of these Accords that are different, their dynamics mean they attract buyers with significantly

Two substantially different Honda Accords were sold in Australia from 2003 onwards; one mid-sized, the other large and almost in the same size class as our home grown Commodores and Falcons.

It's not only the size of these Accords that are different, their dynamics mean they attract buyers with significantly different tastes. The smaller Accord, badged as the 'Euro' is aimed at buyers who prefer European cars for their handling and overall feel. It provides an excellent combination of Japanese quality and chassis dynamics.

The other model, simply called Honda Accord is larger, American oriented and aimed at those who prefer comfort.

It comes as no surprise, given Australian drivers' tastes, that the Accord Euro has been far more successful than its big brother, which is occasionally called the Accord 'Amer' by slightly cynical car enthusiasts.

Honda Accords in Australia are four-door sedans, we don't get the station wagons here. Interior space is good, but adults in the back seats of the Euro may need to compromise with those in the front to share legroom. For kids in the pre-teen group there's plenty of space back there.

Boot space is good, with a wide, low opening which makes it easy to load. Naturally, the boot in the larger car has greater volume, but the Euro's luggage area is more than acceptable.

A four-cylinder engine is fitted in both the Euro and the American Accord and has a capacity of 2.4 litres. However, the engine in the Euro has a sportier state of tune and requires 95 or 98 octane petrol. The US Accord is happy to run on 91 octane standard unleaded.

A V6 unit is offered in the American Accord, but not in the Euro. The 2008 model change saw an increase in the V6 engine size from 3.0 to 3.5 litres. The newer engine design offers plenty of relaxed torque and uses less fuel than the smaller engine it replaced.

June 2015 saw the introduction of an Accord hybrid to Australia. Using the large body it comes with petrol and electric power and is pretty economical, with consumption about 10 to 25 per cent lower than the standard model on which it's based. However, it's pretty expensive, selling new for close to $70K and hasn't been a sales success. And the boot is about 25 per cent smaller than the non-hybrid as space is taken up by the lithium-ion battery. You might be able to screw a Honda dealer down on price on a new or near-new one.

A good amateur, armed with a workshop manual, can tackle some of the routine work.

The Honda dealer network usually concentrates on the major Australian population centres. If you have troubles with the car in remote country areas it might take time for parts to be sent out, though it's unlikely to be more than a couple of business days.

Honda spare parts costs are generally in line with others in this class, perhaps a tad higher for more unusual components.

A good amateur, armed with a workshop manual, can tackle some of the routine work. But most should leave it to the professionals.

Insurance is generally reasonable as is only to be expected from a car in this conservative market segment.

Look at the condition of the interior, paying special attention to the top of the dashboard and the rear shelf for sun damage. Fading or cracking in these areas can be expensive to repair.

The engine should be all but inaudible at idle. Roughness may indicate problems, perhaps very expensive ones.

Check there are no oily black stains in the exhaust pipe and on the body around it. Make sure there isn't a puff of oily looking smoke from the exhaust when the accelerator is floored after the engine has been idling for a minute or so.

Automatics should go into gear promptly and their changes should only be noticeable when you're accelerating hard.

Feel and listen for suspension irregularities on rough roads.

Manual gearboxes should move freely with no sticking or crunching on fast gearchanges.

Feel and listen for suspension irregularities on rough roads. These cars, particularly the Accord 'Amer' are softly sprung and may have bottomed out on their suspension if hammered along on poor roads. 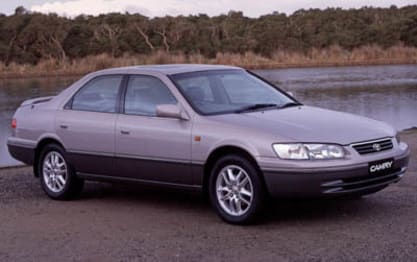 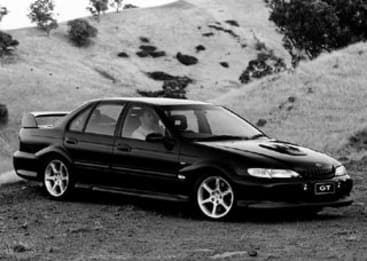 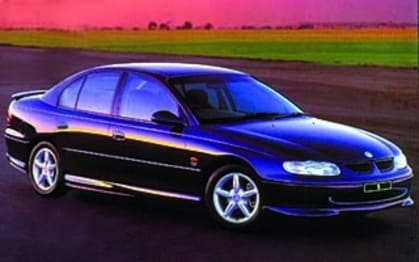 See 2003 Honda Accord pricing & specs >
Have you considered?
Check out more Sedans

Mercedes-Benz C-Class Toyota RAV4 Mazda CX-5 Genesis G70
Disclaimer: The pricing information shown in the editorial content (Review Prices) is to be used as a guide only and is based on information provided to Carsguide Autotrader Media Solutions Pty Ltd (Carsguide) both by third party sources and the car manufacturer at the time of publication. The Review Prices were correct at the time of publication.  Carsguide does not warrant or represent that the information is accurate, reliable, complete, current or suitable for any particular purpose. You should not use or rely upon this information without conducting an independent assessment and valuation of the vehicle.