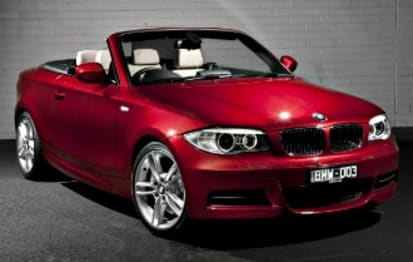 This is what Peter Barnwell liked most about this particular version of the BMW 125i: Sub 135i RWD performance, Sub 135i price, Sharp handling

The 2013 BMW 125i carries a braked towing capacity of up to 1200 Kg, but check to ensure this applies to the configuration you're considering.

Dimensions for the 2013 BMW 125i are dependent on which body type is chosen. The maximum width and height is 1765mm x 1423mm and can vary on the basis of model.

Wheel size for the 2013 BMW 125i will vary depending on model chosen, although keep in mind that many manufacturers offer alternate wheel sizes as options on many models.The wheel size available will alter the range of tyres available to be fitted. Standard wheel sizes on the BMW 125i vary from 17x7 inches to 18x7.5 inches.

What are the safest cars?