BMW’s new Z4 is a giant leap forward from the Z3 which proved quite a disappointment to hardcore sports car fans who had hoped for a more spirited performer. The Z4 certainly looks potent and the first reports suggest it’s also got the performance and handling to be taken seriously, something the Z3 struggled to do over the six years it was sold here.

It was the dawn of a new sports car age when the Z3 was launched. Drop top two-doors had been shunned for many years when car design was dictated by the need to be clean, and sports cars were perceived as being at the other end of the green scale.

Then came the Mazda MX5 and we discovered that we could have fun on the road, and we could do it while being friendly to the environment and without being antisocial. The little Mazdas were snapped up as fast as Mazda could build them, so fast that other companies couldn’t ignore what was happening and simply had to get in on the act.

BMW was one such company. The maker of some of the best driving cars on the road just had to have a sports car in its range, so the Z3 was created.

Problem was that they made it with one eye on the American market, which perhaps explains why it turned out to be such a disappointment to potential buyers who salivated over the idea of a true sports car with a blue spinner badge on the bonnet.

Truth was, however, that it lacked the basics that appeal to sports car buyers. Its four cylinder engine lacked the sort of get up and go they were looking for, its handling was soggy to say the least, and its looks were cute if a little quirky.

The MX5 was also designed in America, but its designers were fans of the classic British sports cars of the 1960s and used them, as a guide to what a sports car should be, so the Mazda turned out to be a delight. Its performance was spirited, its handling was sharp, and it looked good. Mazda built a classic, while BMW’s effort was forgettable.

BMW attempted to address the Z3’s shortcomings. They dropped the four-cylinder engine and replaced it with their superbly smooth six-cylinder powerplant, which injected the sort of performance that got your attention, but when it still looked the same as the early car it could never rid itself of the soft tag.

While all of that sounds like bad news, it doesn’t have to be. Sure the Z3 might not be snappy enough to satisfy hardcore sportsters, it nevertheless makes a neat cruiser with plenty of comfort if performance and handling aren’t your highest priorities. And it’s hard to beat the cache that comes from driving a Beemer.

The Z3 was said to call on BMW’s sports car heritage with styling cues lifted from its legendary 328 sports car of the 1930s and the great 507 of the 1950s. The kidney shaped grille was there on the 328, there were vents on the sides of the bonnet that were to evoke memories of the 1930s classic, while the sweeping lines were clearly reminiscent of the beautiful 507. The overall result though, was that it was pleasant but soft, a far cry from its outstanding forebears.

The breathless 1.9-litre four cylinder engine BMW fitted it with further underlined the feeling of softness. A fuel-injected double overhead cam fuel-injected four it put out 103 kW, which was enough punch to propel it to 100 km/h in 9.5 seconds and max out at 205 km/h, but the numbers don’t really tell the story. The problem was that the Z3’s response was flat; it simply didn’t thrust you back in the seat in the way you hope for in a sports car.

BMW addressed the problem by dropping the four in 1999 and replacing it with a 2.0-litre VVT version of its smooth six, but even its 110 kW wasn’t enough to change the Z3’s soggy image. Later came a 2.2-litre version, which was better again with 125 kW, but it still wasn’t enough for sports car fans.

At the same time BMW was attempting to shore up the bottom end of the Z3 range the company injected some serious grunt at the upper end with a 142 kW 2.8-litre version followed later by a 170 kW 3.0-litre model.

But even with the larger six-cylinder engines there was a feeling that the Z3 was still a pretender, a car more at home cruising to the coffee shop for a weekend latte than racing along a challenging open road in the country.

Transmission choices were a five-speed manual, which had a nice sporty shift, and a four-speed auto that sucked all semblance of performance from the poor little roadster.

Underneath the Z3’s swoopy curves lay independent suspension, the front lifted from the 3-Series and the rear taken from the same parts bin as the 3-Series Compact’s. It was quite competent and nicely balanced but lacked the sharpness and precision that is a requirement for acceptance in the sports car club.

Disc brakes on all four wheels provided plenty of braking power, and ABS kept the wheels from locking.

That said it had a comfortable ride and was well equipped with a well sorted roof that could be raised and lowered.

The Z3 was well equipped with just about everything you could wish for. There was power steering, leather trim, dual airbags, power windows, air-conditioning, power seats and a top sound system.

BMW has built up an enviable record of reliability in recent years and the Z3 is likewise reliable and robust. Engines, both four and six, are robust and give little trouble if serviced properly by someone who knows what they are doing.

The most important check is for a service record that can be verified. Someone who has a knowledge of BMWs, either a dealer or a recognised specialist, should do servicing.

Factory parts and dealer servicing are very expensive so look for alternatives if you want to save money.

People wanting the prestige of the badge, but lacking the budget to have them serviced have often bought bMWs in the past.

Body and trim stands up well to the daily grind so there’s usually no problem there. Same for ancillaries, which perform reliably for years.

Peter Howe has owned his 1997 manual model since ’98 and has added 115,000 km to the 10,000 it had on the odo when he bought it. He’s replaced the catalytic converter three times, and has had problems with the electric seat motors, and the fuel tank retaining strap, but says it’s been economical with good tyre life, a boot big enough to hold a golf bag and buggy. In Peter’s words “it is still a head turner that the MX5 can’t match” and it’s “a pleasure to drive”.

• must have service record 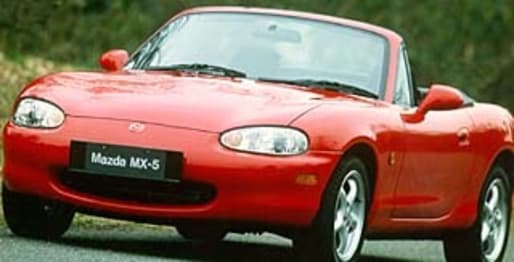 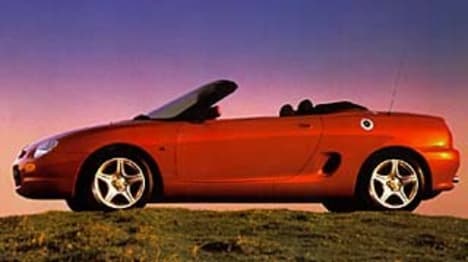 BMW Z Models cars for sale
View cars for sale
Disclaimer: The pricing information shown in the editorial content (Review Prices) is to be used as a guide only and is based on information provided to Carsguide Autotrader Media Solutions Pty Ltd (Carsguide) both by third party sources and the car manufacturer at the time of publication. The Review Prices were correct at the time of publication.  Carsguide does not warrant or represent that the information is accurate, reliable, complete, current or suitable for any particular purpose. You should not use or rely upon this information without conducting an independent assessment and valuation of the vehicle.