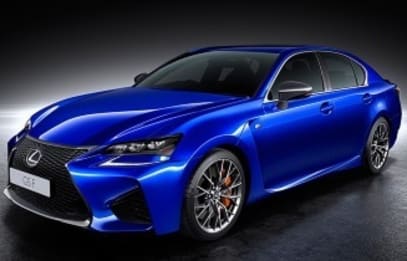 Carsguide Bill McKinnon had this to say at the time: Its turbo Audi, BMW and Benz rivals ultimately will smoke the Lexus with grunt, code and numbers but the GS F has the accessible performance and driver enjoyment that the Germans seem to have forgotten about in the quest to top each other's figures. The magnificent Teutonic missiles don't deliver until you're nearing the speed of light. The Lexus is a unique, seductive mix of Japan Inc precision performance engineering and old-school sports sedan cool. I could happily have kept it.

This is what Bill McKinnon liked most about this particular version of the Lexus GS: The atmo V8 differs from Audi, BMW and Mercedes — thrilling, yet accessible, Real world performance and sharp, engaging dynamics, Sublime steering

The 2016 Lexus GS carries a braked towing capacity of up to 1600 Kg, but check to ensure this applies to the configuration you're considering.

See All Lexus GS 2016 for Sale
View cars for sale

Dimensions for the 2016 Lexus GS are dependent on which body type is chosen. The maximum width and height is 1845mm x 1455mm and can vary on the basis of model.

Wheel size for the 2016 Lexus GS will vary depending on model chosen, although keep in mind that many manufacturers offer alternate wheel sizes as options on many models.The wheel size available will alter the range of tyres available to be fitted. Standard wheel sizes on the Lexus GS vary from 17x7.5 inches to 19x8 inches.

Check out real-world situations relating to the Lexus GS here, particularly what our experts have to say about them.

See All Lexus GS Q&As
Disclaimer: You acknowledge and agree that all answers are provided as a general guide only and should not be relied upon as bespoke advice. Carsguide is not liable for the accuracy of any information provided in the answers.

The Lexus GS’s towing capacity ranges from 0kg to 1600kg. Some models also offer heavy-duty or towing option packs which can increase towing capacity, as well as options which can hamper towing capacity. Towing capacities can vary wildly on a large number of factors. These include engine, transmission, model, and options chosen. Always check with the manufacturer or in your vehicles handbook before attempting to tow anything.