It's not news that peoplemovers aren't sexy.

They're practical, efficient transport for large families, but with the Journey Chrysler attempted to sex up the image of the box-on-wheels by making it look like a much more sexy offroader.

Although the Journey looks like an offroader, it's really a front-wheel drive, seven-seat peoplemover. But it's not the huge monster the term peoplemover suggests; it's actually modestly sized, particularly given that it will accommodate seven adults in quite acceptable comfort.

It's inside where the Journey stars. First, it has three rows of seats arranged in studio style; with each row higher than the one in front as you move back in the vehicle. That means everyone gets a good view, which isn't always the case with peoplemovers.

There's plenty of space left behind the third seat for carrying things, and there's a plethora of other storage possibilities with bins, pockets, cubbies, trays and underseat storage space spread throughout the cabin.

Chrysler offered two engines in the Journey, a 2.7-litre V6 petrol and a 2.0-litre common-rail turbo-diesel. While they both did a workman-like job of moving the Journey along, they both struggled under the weight of the task.

Performance as a result was adequate rather than brisk. There were also two transmissions of offer. If you bought the V6 you got a conventional automatic with sequential shift, but if you opted for the diesel you got a six-speed dual-clutch DSG gearbox.

Chrysler offered three models in the range, from the entry level SXT, through the R/T and finally to the R/T CRD diesel. All were well equipped, even the SXT had dual-zone climate controlled air, cruise, power driver's seat, and six-stacker CD sound, while the R/T models had leather trim, a reversing camera, and heated front seats.

The earliest Journeys to hit our shores are now four years old and have on average accumulated up to 80,000 km. The good news is that, to date, they have been fundamentally sound, and there have been no reports of issues with engines, gearboxes, even the DSG, or drivelines and chassis.

The only serious problem of a mechanical nature that has shown up is the rapid wear of brakes. There appears to be no issue with the actual braking of the car, but it seems the braking system has to work hard to stop the car and wears as a result.

Owners report having to replace, not only pads, but also disc rotors after 15,000 to 20,000 km. That usually results in a bill of around $1200, something owners can expect to face on an on-going basis for as long as they own the car, and something that prospective buyers should take into account when considering a Journey.

While brakes are not generally covered by the new-car warranty, Chrysler is being co-operative in replacing rotors free of charge when owners arc up. Build quality can be variable and that can show up as squeaks, rattles and cabin components failing, falling off, buckling and warping etc.

When inspecting a car prior to purchase give the interior a thorough going over, make sure all systems work, and there's nothing about to fall off anywhere. We have had one report of a radio going on the blink, and the owner has been waiting for several months for a replacement to arrive.

Owners have also told us of difficulties they've had in getting parts when their cars do strike trouble. One has been waiting for more than a year for a catalytic converter to replace the one that has failed on his car. But despite the problems most owners say they are more than happy with the practicality of the Journey for use as family transport.

Exceptionally practical and versatile family wagon let down by cost of having to regularly replace the brakes. 3 stars 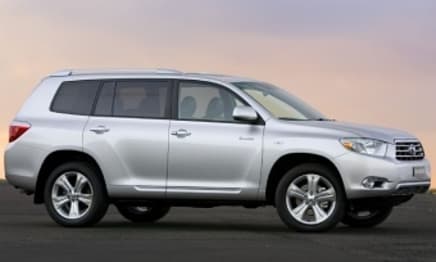 Dodge Journey cars for sale
View cars for sale
Disclaimer: The pricing information shown in the editorial content (Review Prices) is to be used as a guide only and is based on information provided to Carsguide Autotrader Media Solutions Pty Ltd (Carsguide) both by third party sources and the car manufacturer at the time of publication. The Review Prices were correct at the time of publication.  Carsguide does not warrant or represent that the information is accurate, reliable, complete, current or suitable for any particular purpose. You should not use or rely upon this information without conducting an independent assessment and valuation of the vehicle.