It’s hard to say when the boundary that separated four-wheel drives and passenger cars was broached, but one thing is clear, Nissan’s Pathfinder was one of the first vehicles to do it. It wasn’t the first, but the R50 Pathfinder was in the first wave of a new generation of offroaders that were civilised enough to be at home in town.

Before the new Pathfinder, and others like Toyota’s RAV4, arrived in the mid-1990s four-wheel drives were rugged vehicles that were heavy, noisy, thirsty, with handling more in keeping with the Queen Mary than a family four-door.

Cars on the other hand were fast, agile, quiet and comfortable. The R50 Pathfinder was closer to the car end of the scale than the old style four-wheel drives, but still had the ability to dive deep into the bush.

Before the R50 arrived in 1995, four-wheel drives were mostly built on tough, strong chassis, the body bolted on top in a separate unit with rubber bushes for isolation.

The separate chassis construction was tough enough to survive the harsh conditions in which the big four-wheel drives were often used. But while it made a tough vehicle, it also made a rather clumsy, and less safe one.

Nissan broke the mould with the R50 Pathfinder by using the unitary body chassis construction that was once reserved purely for passenger cars. By using a single body/chassis unit, Nissan was able to create a strong, stiff, vehicle that was a perfect base for a modern vehicle with the characteristics normally associated with cars.

In the case of the R50 Pathfinder, the torsional stiffness went up by a massive 130 per cent over its predecessor, the bending rigidity by an even more miraculous 190 per cent. That means a much stiffer base on which to build an agile, responsive handling package, and that means increased primary safety.

Unitary construction also affords engineers the possibility to design in crumple zones, ones that deform in a crash and absorb the energy released instead of passing it on to the occupants. More points for the Nissan’s safety package.

It’s also possible to make a lighter vehicle, the R50’s body was 50 kg lighter than its predecessor’s.

By comparison to previous four-wheel drives, the Pathfinder also brought more style to the class. Designers were able to bring more car type styling to the 4WD wagon than they had been able to with the older style, which was inhibited by its construction and rugged end use.

The Pathfinder was a sharp looking wagon, with clean lines, toughened up with some aggressive wheel arch flares on the luxury Ti model.

Under the skin lay MacPherson Strut front suspension, with a five-link live axle at the rear. Steering was by power assisted rack and pinion, and brakes were disc front and drum rear, with ABS for added safety on the Ti.

Generous ground clearance, and steep approach and departure angles meant the Pathfinder wouldn’t easily be grounded in the heavy going.

For power the Pathfinder relied on a 3.3-litre single overhead camshaft V6 with two valves per cylinder. Power peaked at 125 kW at 4800 revs, torque was tops at 266 Nm at 2800 revs, nice and low for offroad use.

Unusually for a four-wheel drive wagon, Nissan offered the Pathfinder with a four-speed auto trans only. Shock, horror, there was no manual gearbox available!

If the lack of a manual ’box sent a signal that the Pathfinder was not a serious offroader, a scan of the drive choices was enough to get another massage. In addition to the regular two-wheel drive high range, and high and low range four-wheel drive, there was the choice of an auto mode which did it all for you.

Two models were available at launch, the RX and the Ti. The RX kicked off the Pathfinder range, and came equipped with air-conditioning, power mirrors, central locking, cloth trim, radio/cassette sound, carpets, map lights, cup holders, and a split-fold rear seat. In 1997 it also got power windows.

The Ti was the one with the lot. On top of the RX’s array of features, the Ti had chrome wheels, colour coded bumpers and mirrors, roof rack, side steps, wheel arch flares, remote central locking, chrome grille, CD player, ABS, velour trim, and dual airbags.

The first thing to do with any offroader is to check for signs of offroad use. Look for things like bumps on the bumpers, scratches down the sides from brushing up against branches and other things overhanging bush tracks, and scrapes under the front and rear bumpers where it might have been caught up on banks and other obstacles.

Having gone over the body, get down and take a look underneath. Take particular notice of scars on the underbody, brackets, fuel and brake lines, exhaust, and suspension components.

Also look carefully for any splits or cracks in rubber seals and boots, particularly in the drive line that might have let water into vital drive line joints.

Finally, open the doors and tail gate and look for dust in locks, hinges, and other hard to clean points. It’s hard to get rid of dust once it gets in, and it’s always a good indicator of off road use. If you like you could also lift the carpets and check for dust.

Going off road is not necessarily a problem, but any vehicle that is used off road regularly should be serviced more thoroughly than one that is confined to the black top.

Most Pathfinders spend their days doing duty in town, so there’s not much damage to speak of. These are the vehicles to seek out.

Nissan service specialist Jerry Newman reports no major problems with the Pathfinder. The engine, gearbox, diffs are all virtually indestructible, he says.

It is important that the cam belt be replaced at the recommended 100,000 km, he says.

The only downside is that the VG33 engine is heavy on fuel.

According to the recent used car safety ratings issued by the Monash University Accident Research Centre, the R50 Pathfinder has average crashworthiness and is on the average in terms of impact on others.

Generally it rates better than the traditional big four-wheel drives, and on a par with a large family sedan.

The RX missed out on airbags, but the Ti was fitted with frontal airbags for the driver and front seat passenger.

George Nastevski rates his Ti Pathfinder an inexpensive, quality built mid-sized 4WD that has almost all the creature comforts you’d want in a 4WD. It is a fun car to drive, looks great, and the V6 is a sound performer, but he says it does tend to drink a bit.

• capable on or off road

A well equipped, comfortable modern mid-sized four-wheel drive wagon that copes well on or off road. 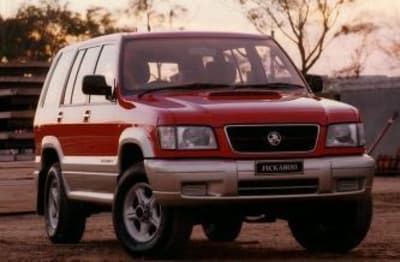 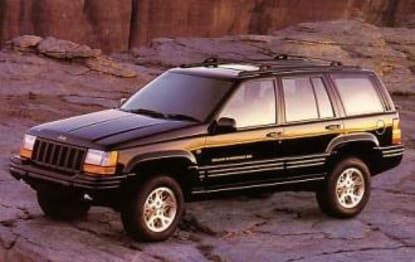