Volvo won a reputation for safe and reliable transport with models like the very popular 240, but with the 700 series the Swedes added luxury to its portfolio. The six-cylinder 760 was the ultimate Volvo luxury model, but the 740 combined the new luxury with the best of the old Volvo virtue of four-cylinder reliability.

The 700 brought sharp new aerodynamic styling to the Volvo brand, a huge change for eyes accustomed to the boxier 240 series the company had been producing for almost 10 years before the 700 series made its first appearance overseas in 1982.

The 700 series arrived here in 1985, and true to its luxury claims was well equipped with plenty of comfort and convenience features.

The 740, the four-cylinder variant, came in GL and GLE forms. Initially it was only available as a sedan, but from 1988 Volvo added a wagon to the range, again with GL and GLE versions.

The entry level GL had cloth trim, manual window winders and mirror adjustment, but the GLE was the one with the lot, leather trim, power windows, power mirrors, power steering, air-conditioning, ABS and alloy wheels.

Power came from a 2.3-litre single overhead camshaft four cylinder engine that had won a loyal following in the 240. It had a cast-iron block, but an alloy head, and was fed initially by a mechanical fuel-injection system.

Output of the SOHC four was 96 kW, but from 1986 there was also a turbocharged version of the engine, which pumped power up to 119 kW for more punch.

The mandatory use of unleaded fuel from mid-1986 saw the engines revised. Compression ratio was lowered, the fuel-injection system and ignition became fully electronic.

Early cars had a choice of four-speed overdrive manual gearbox or four-speed auto, but from 1988 the choice was between a five-speed manual and four-speed electronic auto.

Suspension was a combination of MacPherson Struts at the front and a live axle and leaf springs at the rear. Steering was power assisted and brakes were disc at each corner, with ABS standard on the GLE.

Although the 740 was built before airbags were commonplace it boasts a high level of safety for the period. Apart from the renowned body structure, which provides a high level of primary safety, later 740s also had seat belt pretensioners that reduced injury from the seat belts by tensioning the belt in the event of a crash.

The 740 is now a road veteran, the newest ones being 12 years old. Many will have high mileages showing on their odometer, so care is needed when inspecting prior to purchase.

Like all early Volvos the 740 will give many years of solid reliable service, particularly if they have been well maintained. With that in mind start by checking for a service record. If it doesn’t have one, or one that can be verified, take it to an recognised Volvo specialist, like John Johnson of Voldat, and have it checked out.

The good news is that with alloy heads and hardened valve seat inserts they can be run on unleaded fuel, even pre-’86 cars, although their high compression means they will need PULP to avoid pinging.

Volvo engines are generally bulletproof and give little trouble, even with high mileages. They are relatively tolerant to a lack of servicing, but it’s better to keep up the maintenance if you want a troublefree run.

Turbo engines require more regular servicing to keep them running at their best. Regular oil changes are essential, and it’s important to drive them with some mechanical sympathy, following the recommended procedure when shutting down the engine.

Johnson recommends changing oil every 5000 km in cars used in city traffic, but that can be extended to 10,000 km if it’s on the highway. Cam belts should be changed at 60,000 km intervals, but breakage on the single overhead cam engines will only result in an inconvenient roadside wait for help rather than expensive internal damage.

Changing the belts is more critical on the double overhead cam engines, which will suffer substantial internal damage in the event a belt breaks. Again, Johnson recommends changing the belts at 60,000 km intervals.

The 740 was offered with a manual transmission, but most were sold with an automatic. Early cars had a ZF four-speed, and spares for that are now hard to find, but most had the familiar Asian-Warner five-speed that is quite robust and will give 200,000 km without major trouble, particularly if serviced.

Diffs are bulletproof and give virtually no trouble in service, even with high mileage.

With MacPherson Strut suspension at the front and coil springs on a solid axle at the rear the 740 suspension is simple and largely troublefree. Listen for any knocking from the front, which could signify the need to replace the caster bushes.

Brake wear can be a problem with discs typically needing replacement at around 100,000 km, but aftermarket discs cut the cost.

Age is starting to have an affect on the 740’s wiring looms, particularly in the engine bay where they are subject to the extremes of heat and moisture, which can cause deterioration of the wiring and insulation.

Later cars with electronic ignition and fuel-injection can suffer problems with the computer, but these can now be rebuilt relatively cheaply by service specialists to avoid any further trouble.

Although the 740 was a solidly built car, and the body generally stands up well, it’s important to check for rust. Water leaks, mostly through the rear window or through openings in the dash panel where hoses or wiring looms pass through, can result in rust in the floors. It’s worth lifting the floor coverings to check the state of the floor, front and rear.

Providing it’s in good condition, and has been well maintained, Johnson says there’s no reason why a Volvo 740 won’t continue to give reliable motoring to 400,000 km and beyond.

View all Volvo 740 pricing and specifications 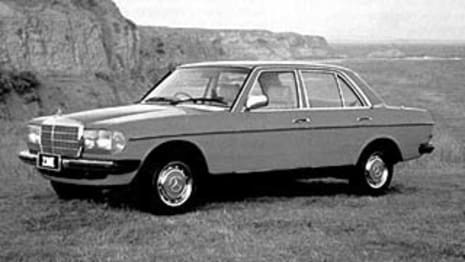 Volvo 740 cars for sale
View cars for sale
Disclaimer: The pricing information shown in the editorial content (Review Prices) is to be used as a guide only and is based on information provided to Carsguide Autotrader Media Solutions Pty Ltd (Carsguide) both by third party sources and the car manufacturer at the time of publication. The Review Prices were correct at the time of publication.  Carsguide does not warrant or represent that the information is accurate, reliable, complete, current or suitable for any particular purpose. You should not use or rely upon this information without conducting an independent assessment and valuation of the vehicle.