It has always been held that racing improves the breed and there was a time when it clearly did, but it’s harder to make that connection today. Trying to make a connection between the current marketing driven Supercar V8 racing and today’s Commodore or Falcon is difficult if not impossible.

It isn’t as hard to connect our daily drivers to the rally cars that compete in the bush and have led to some awesome road cars such as the Subaru WRX.

Before REX the benefits of rallying could easily be seen in cars like the four-wheel drive Toyota Celica GT-Four Group A Rallye, an in-your-face rally-bred road rocket Toyota built for the World Rally Championship.

Five thousand GT-4 Group A Rallye Celicas were made and 150 found their way to Australia late in 1991.

The Celica was generally regarded as a “hairdressers” sports car, one that had more show than go, but the GT-Four Group A Rallye couldn’t be described thus. It was an extrovert that gave out all of the visual signs that said it was a car not to be messed with.

The guards were pumped out and contained some pretty heavy-duty rubber, there was a new nose with larger openings to aid airflow through the radiator and intercooler, and a new bonnet with the vents letting the air from the intercooler exit uninterrupted. A rear wing mounted on the rear hatch spelt performance-plus to those gasping for air in its wake.

At the heart of the GT-Four Group A was a 2.0-litre twin cam four-cylinder engine with four valves per cylinder and fed by a turbocharger breathing through a liquid-air intercooler.

Engine cooling played a major part in Toyota’s thinking when it came to the GT-4 Group A. The air intakes in the bumper were large, much larger than the stock GT-4, as were the air outlets in the bonnet.

Another measure taken to ensure the engine stayed out of the red zone was the auto switch off feature on the air-conditioning system when engine cooling became the priority.

The need for speed meant the GT-4 Group A was only available with a five-speed manual gearbox, there was no auto option.

The gearshift lever had a reduced throw and the ’box was beefed up with stronger synchromesh rings.

Included in the drive train was a viscous coupling for a centre diff and a worm-geared Torsen diff for the rear final drive.

As a result it took some time to get going, requiring almost nine seconds to reach 100 km/h, and taking 16 seconds to account for the standing 400-metre sprint.

Underneath the Celica GT-4 Group A Rallye employed struts, coil springs and anti-roll bars at both ends. With nicely weighted power-assisted rack and pinion steering giving good road feel the sporty Celica had good overall handling whether the road was a series of twists and turns or flowed.

Brakes were discs all round with the added safety of ABS anti-skid electronics.

Inside the three-door hatch there was seating for two adults up front, and only occasional seating in the rear. Those consigned to the rear were in for a cramped ride indeed.

Not surprisingly for a car which sat atop the model range the Celica GT-4 Group A Rallye came with a long list of features, which included air-conditioning, power windows and mirrors, central locking, four-speaker sound, CD player, and alloy wheels.

You need to be very careful about condition, remember these cars were bred for rallying and some will have found their way off the blacktop and into the forest. If you suspect a car has been used in competition walk away.

Look for scrapes and scuffs on the bodywork, chipped and faded paint, and gravel rash. They’re all signs of rally use.

Also check for any modifications made by previous owners in pursuit of more performance. They could include engine modifications or suspension upgrades, but all should be checked out for the quality of workmanship when fitted.

Even if a car hasn’t been used in competition there is every likelihood that it has been driven enthusiastically so check for a service record to ensure the oil has been regularly changed and it’s had new filters as recommended.

Remove the oil dipstick and inspect the oil, which shouldn’t be cloudy or dark, and lift the oil filler looking for sludge inside the engine.

When driving make sure the gears engage smoothly and without any reluctance going up or down the ’box. Listen also for drive line clunking or whining.

A car that has been in daily use will have racked up in excess of 200,000 km, but many will have been pampered and driven mostly for pleasure on weekends. Look for one of those.

There were no airbags offered in the GT-4 Group A Rallye Celica, it was all about primary safety with permanent all-wheel drive, an agile and responsive chassis, four-wheel disc brakes and ABS to avoid a crash.

Former Rally driver Roger Moll was fortunate to find a mint condition 1991 Celica GT-Four Group A that had done just 70,000 km and spent much of its early life locked away in a shed. It’s standard apart from a boost controller, but still has the factory set fuel-cut. Moll says it’s no Subaru WRX, but it goes quite well. It has good midrange power, but is sluggish off the line. He says it understeers and needs an active centre diff to improve it.

• great handling on and off road

• good resale as a collector car

Great dynamics and remarkable drivability made for a rewarding driving experience. 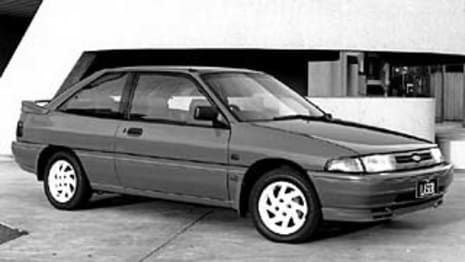 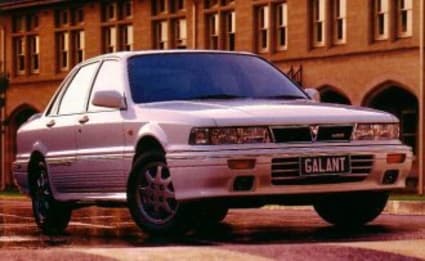 Toyota Celica cars for sale
View cars for sale
Disclaimer: The pricing information shown in the editorial content (Review Prices) is to be used as a guide only and is based on information provided to Carsguide Autotrader Media Solutions Pty Ltd (Carsguide) both by third party sources and the car manufacturer at the time of publication. The Review Prices were correct at the time of publication.  Carsguide does not warrant or represent that the information is accurate, reliable, complete, current or suitable for any particular purpose. You should not use or rely upon this information without conducting an independent assessment and valuation of the vehicle.