Nissan’s 200SX sports coupe was an instant hit when it arrived here late in 1994, its no-holds barred performance overcoming criticism of its bland styling and no-frills interior. With the earliest examples of the 200SX now eight years old, it is entering mid-life as a used car, but with prices in the mid to high teens it represents great buying if you measure by the bang-for-bucks formula.

Nissan has a long history of building great sports cars, its Fairlady 1600 and Sports 2000 two-seater roadsters finding a small but loyal following here in the 1960s.

Although discerning sports car enthusiasts of the day rated them highly for their performance and build quality, our preference for things British back then meant they struggled to find a foothold in the local market which favoured sports cars like the MGB, Austin-Healey and Triumph.

The 240Z changed all of that when it was launched in 1970. It was a stylish two-door coupe with a long bonnet and a stumpy tail, and went hard and fast with a seductive howl than can come only come from a straight six.

It was a classic right out of the box, and the 200SX was something of a ’90s remake of the old classic, together with some up-to-date technology lifted from later Nissan sports cars like the awesome ‘Godzilla’ GTR.

Like the 240Z it was also a two-door coupe with similar long nose, short tail proportions to the 240Z, but it copped plenty of criticism for its rather bland styling.

Anyone who cared to look past the styling found a sports coupe with plenty of punch, one that could match more exotic sports cars costing two or three times the Nissan’s affordable sticker.

Australians had to wait five years before Nissan launched the 200SX here in 1994, but it was worth the wait. The 200SX was a barnstorming sports coupe that brought performance within the reach of the masses.

With a turbocharged 2.0-litre four-cylinder engine pumping out 147 kW at 6400 revs and 265 Nm of torque at 4800 revs, the 200SX was fast and quickly established itself as the leader of the sports coupe pack which included others like the Mazda MX6, Honda Prelude, Ford Probe and Toyota Celica.

There was a choice of transmissions, a smooth shifting five-speed manual was the pick for the sporting enthusiast while an electronically-controlled four-speed auto was available for those who preferred their shifting done for them.

Drive was through the rear wheels and there was independent suspension front and rear, with Nissan’s multilink independent system at the rear helping put the power of the turbo four-cylinder engine down to the road efficiently.

Disc brakes were employed on each corner, along with attractive 6.5 x 16-inch alloy wheels.

When pressed the 1265 kg two-door coupe would stop the clocks at 6.8 seconds on the 100 km/h sprint, and rush through the standing 400 metres in around 15 seconds dead. Top speed of the manual was put at 235 km/h, the auto was marginally slower at 225 km/h.

The interior was typically Japanese, sombre with dark cloth trim and hard plastics that was anything but exciting. There was seating for four, but those who were consigned to the rear seats found themselves rather cramped, while the front seat occupants enjoyed the comfort of supportive sports seats.

The price leading Sports Limited boasted a features list including air-conditioning, power windows and mirrors, and central locking. The mid-spec Sports also had a driver’s airbag, ABS brakes, rear spoiler, and the steering wheel and gearshift knob were trimmed in leather. Top of the range was the Sports Luxury, which came with the lot; front spoiler with driving lights, passenger side airbag, sunroof and a six-speaker CD sound system.

With that sort of performance, and a relatively modest price tag when new of $42,500, the 200SX raced out of showrooms, and Nissan had a hit on its hands.

Nissan answered its styling critics by unveiling a face-lift of the 200SX in 1996, which featured sharper lines and a more aggressive front-end look, with new tail lights while on the inside there was a new dash and some new carbon-fibre trim highlights.

The S14 200SX was replaced by the all-new S15 in 2000, which brought a sharp all-new shape and a much more aggressive stance.

Although the 200SX is generally a rugged and reliable car it’s important to have them checked out before you hand over your hard earned cash. Their appeal to sports-minded drivers means they may have been thrashed hard, and you could be buying someone else’s problem.

They are prone to camshaft wear if they haven’t been regularly and properly serviced so check the service record. If it hasn’t got one, or it’s not complete, get an expert to go over it.

Blown turbocharger gaskets are common, so looks for signs of exhaust gas leakage around the turbo. Also check around the turbo for oil leaks, and look for blue smoke, which is a telltale sign of a blown turbo.

Early cars were marginal on clutches, but the rest of the driveline is troublefree. 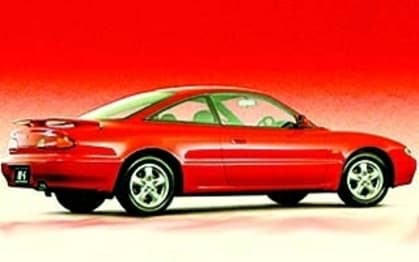 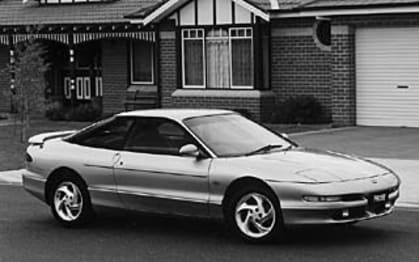 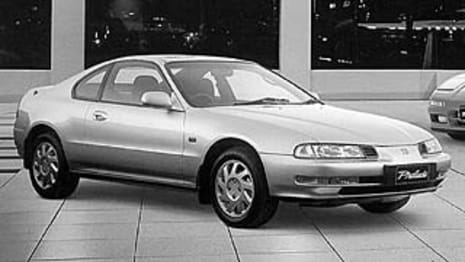 Nissan 200SX cars for sale
View cars for sale
Disclaimer: The pricing information shown in the editorial content (Review Prices) is to be used as a guide only and is based on information provided to Carsguide Autotrader Media Solutions Pty Ltd (Carsguide) both by third party sources and the car manufacturer at the time of publication. The Review Prices were correct at the time of publication.  Carsguide does not warrant or represent that the information is accurate, reliable, complete, current or suitable for any particular purpose. You should not use or rely upon this information without conducting an independent assessment and valuation of the vehicle.