Along with the flood of imported passenger cars we’ve seen in the last decade or so has come a wave of imported light commercial vans. With them has been the Mercedes-Benz Vito, a semi-bonneted van that has delivered a new deal to long suffering light commercial drivers, with a blend of comfort, safety, agility and performance.

Before the European vans, like the Vito, arrived local van drivers had to endure the discomforts of driving cab-over-engine vans, most of which came from Japan at an unbeatable price.

European semi-bonneted vans struggle to compete on price, but they’re winning sales on the basis of their features, performance, safety, comfort, and handling, which leave the old style COE vans for dead.

Most of the sales are going to small business operators who have to drive the vans themselves rather than the big fleet operators who still mostly buy on price alone.

Increasingly tradesman are finding the Euro semi-bonneted vans ideal for work and play. They can carry their tools of trade to the work site on weekdays, then carry their sporting or camping gear on weekends getaways.

The Vito is a mid-sized one-tonne payload front-wheel drive van. With its sloping bonnet and windscreen, and neat van proportions, the Vito is an attractive light commercial, one that presents your business well when out and about on the job.

The SBV design provided occupant protection through front crumple zones, and in the case of the Vito there was also a driver’s airbag.

Throw in disc brakes front and rear, independent suspension front and rear, and power-assisted rack and pinion steering, and you have an impressive primary safety package helping to keep the secondary crash protection system out of play.

Antilock braking, which came with traction control and electronic brake force distribution, added to primary safety on petrol engine models, and was optional on diesels.

Hop into the driver’s seat and the advantages of the SBV design are immediately apparent. You simply slide into the seat, there’s no climbing up over the wheel arch, as you must in a COE van.

Once inside the Vito was nicely equipped with a neat dash layout, lots of pockets to store the workday needs, and a two-speaker sound system.

On the road the Vito was comfortable, another virtue of the SBV design, the ride supple and absorbent, the handling precise and balanced, the brakes powerful despite a fairly soft pedal that sometimes caused concern.

Power came from one of two engines at launch, one petrol and one diesel. The petrol engine was a double overhead cam 2.0-litre four-cylinder, which with fuel-injection put out 95 kW at 5300 revs, and 186 Nm at 4500 revs, and injected the Vito with a decent amount of grunt.

The diesel was a 2.3-litre four-cylinder unit that delivered a modest 58 kW at 3800 revs, but which was very economical if lacking legs.

The real change came in 1999 when Mercedes released a double overhead camshaft 2.2-litre common rail turbo diesel engine that transformed the Vito. The 108 CDi delivered 60 kW at 3800 revs, and 200 Nm at 2400 revs, which gave the base van smooth purposeful performance and miserly economy.

Vito also came with a choice of a nice shifting five-speed manual gearbox, or optional four-speed auto with manual select option, with final drive through the front wheels.

Tracks on the roof were fitted standard to allow operators to fit roof racks for addition carrying capacity.

Access to the work area was through a tail gate, and sliding doors on both sides. Rear barn doors were optional.

Air-conditioning came standard on the 112 CDi, but was optional on other models.

The Vito is a worker so it has to be checked for signs of hard work when inspected. Look at door hinges and latches for wear and looseness, the sliding door mechanisms have been known to fail completely.

Also look for damage inside the load zone where poorly restrained loads have been allowed to slide around and bump into the body sides.

Mechanically look for evidence of regular servicing. Dip the oil and look for contamination and sludge, check the cooling system.

The clutch can be a problem if the Vito is worked hard at close to full load capacity so look for signs of slippage.

Generally the Vito is owned and operated by small business operators and tradesmen that often use it as family transport, so they tend to get better looked after than some fleet vehicles.

Former courier driver Dennis Cleghorn bought a 2003 112CDi Vito for use in his boarding kennel business. The sliding door had to be repaired, done under warranty, but overall he’s very happy with the Vito, citing its comfort, safety and performance as standout features.

Roger Fox drives a 2002 Vito 112CDI. He says it’s a good long distance cruiser, handles well, rides like a car, and has a good auto, but he isn’t happy with the non-factory power windows and central locking fitted by the dealer when he thought he was getting genuine ‘Benz items.

Andrew Dixon’s company, Apex Rental Workwear, has three Vitos. Two were bought in 1998, and have been trouble free apart from a clutch failure in one after 80,000 km. He says they have been reliable and economical. The latest is a 112CDi, which he says is even better.

Jeff Dadds has had an ongoing braking problem with his 1999 Vito, which seems to have been caused by a faulty brake master cylinder. He has also had problems with a fuel pump and engine fan among a number of issues that appear to have been caused by faulty electrical connections. He is also critical of the passenger seating, a blind spot caused by the windscreen pillars, and the headlights which he describes as dreadful. Against that he rates the handling and fuel consumption good. 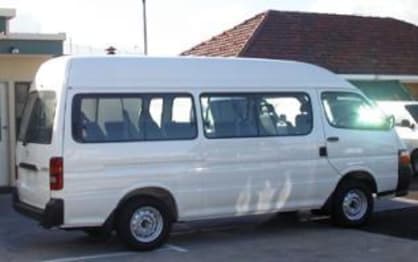 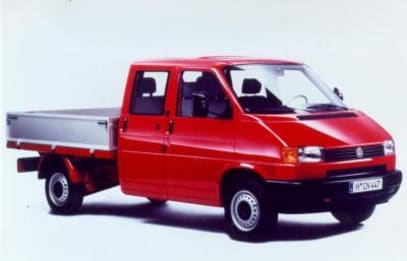 Mercedes-Benz Vito cars for sale
View cars for sale
Disclaimer: The pricing information shown in the editorial content (Review Prices) is to be used as a guide only and is based on information provided to Carsguide Autotrader Media Solutions Pty Ltd (Carsguide) both by third party sources and the car manufacturer at the time of publication. The Review Prices were correct at the time of publication.  Carsguide does not warrant or represent that the information is accurate, reliable, complete, current or suitable for any particular purpose. You should not use or rely upon this information without conducting an independent assessment and valuation of the vehicle.