The Mercedes-Benz SLK was born at a time the world was waking up to a new age of sports cars. That was the late-1990's when sports cars were back in favour after years in the motoring wilderness.

In a matter of a year or two buyers were out shopping for sporty drop-tops. They wanted to inject some fun into their daily motoring, and look good at the same time. Overnight it was cool to be seen in an open car.

Carmakers responded with a raft of new models, among them Mercedes-Benz, which released its new age SLK two-seater sports car.  While it was built along the same lines as the old classic sports cars, the SLK delivered a level of comfort and convenience traditional sports cars couldn't.

New-age sports cars like the SLK were more practical than their traditional predecessors; they could be used for daily transport without sacrificing the things we'd come to take for granted in the modern car.

The SLK arrived in 1997 and with it came one of the great innovations in sports car design, the folding metal roof.  It wasn't really new, the idea had been developed many years earlier, but those early attempts weren't very successful.

Mercedes-Benz showed with the SLK that the folding metal roof could not only work, it could work reliably.  In the process it transformed sports car design. In the one car you could then have the comfort, refinement and security of a coupe as well as the fun and feeling of freedom of an open car. The SLK truly was a car for all seasons.

On top of that the SLK's folding metal roof was simple to raise or lower. The driver no longer had to fumble with a clumsy frame while trying to erect it in a howling gale, and then attempt to drape a canvas top over it while being drenched in a sudden downpour.

The SLK's roof could be raised or lowered in a matter of a few seconds simply by pressing a button.  The only downside to it was that once folded and out of sight in the boot it cut into the space available for luggage. It was necessary to travel light when you left home in an SLK.

The new SLK that arrived in 2004 expanded on the original SLK theme, further refining it and making it even better.  While the basics remained the same - it was a two-seater with a folding metal roof - the details were quite different.

For starters it was longer and wider, the extra space being used to enlarge the interior and make it more comfortable.  There were also reshaped seats, a new dash with a central computer screen, new switches, and new plastics for the dash and console that were more durable for top-down motoring.

On top of the new dimensions was a new, more aggressive look with a droop snoot reminiscent of the McLaren-Mercedes Grand Prix cars of the time.  The snoot was central in a new grille and flanked by new headlamps.

The engine choices ranged from a supercharged four to a V6, and on to a stonking 5.5-litre V8 if you had the wherewithal to afford an AMG-  tweaked SLK 55.

Generally robust and reliable the SLK gives little mechanical trouble.  The folding metal roof is a complex piece of gear, make sure it works and seals properly as repairs and adjustment could be expensive.

Check for oil leaks around the engine and transmission.  It can be worthwhile finding an independent specialist for servicing if you want to save a little money on maintenance.

The original SLK was considered to be dull by many people, but the   new 2004 model couldn't be described in such a way.  With its stiffer body and larger footprint it was a great driving car, whether you preferred cruising or wanted a more spirited drive.

The V6 engine in particular was smooth and refined, with wonderfully smooth power delivery over a broad rev range.  Unfortunately the same couldn't be said for the six-speed manual gearbox, for despite Mercedes' best efforts it was still an awkward, slow shifting unit.

The auto transmission was a much better choice, and most buyers would have gone that route, given that the auto was the standard fit.

With a taut, responsive chassis boasting anti-skid brakes, electronic stability control, and traction control, overlaid with a comprehensive array of airbags the SLK was well equipped to handle a crunch.

The fuel consumption of sports cars tends to vary quite markedly depending on the way they are driven, but despite this the SLK is   relatively economical.  On test the SLK 350 typically returned around 13 L/100 km, and would do better than that if driven with a soft pedal.

Out with the dull, in with the fun, the updated SLK was a joy to drive. 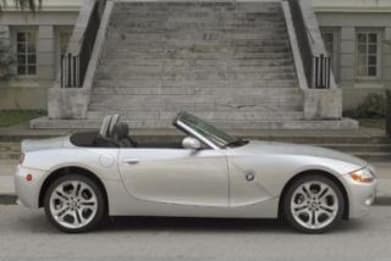