There was a lot to like about the Mazda CX7 when it was first launched late in 2006.

It looked good, at least as a big, boxy station wagon could look, it drove nicely, was practical and well built, but the good first impression went out the window the first time you pulled up at the pump. Boy was it thirsty.

Initially the only engine offered was a turbocharged 2.3-litre four-cylinder engine, which delivered plenty of the 'Zoom Zoom' performance promised by its maker, but it guzzled fuel at a mighty rate.

Even Mazda's claim of 11.5L/100km should have been enough to ring alarm bells for anyone concerned about their fuel bills. On top of that it needed Premium unleaded, pushing the fuel bills even higher.

Mazda eventually responded to the criticism and released a turbo-diesel version, but it wasn't until 2009 when it updated the CX-7. When it did it only offered it with a six-speed manual gearbox, hardly the transmission to appeal to families.

At the same time it introduced the diesel it also introduced a smaller, 2.5-litre four-cylinder petrol engine with a five-speed auto and front-wheel drive, but that too was thirstier than you would like.

Putting aside the complaints about the consumption of the turbo four petrol engine and the lack of an auto in the diesel the CX-7 is a decent jigger with a roomy, comfortable and quiet cabin and the driveability of a regular family car.

It was also well equipped with a host of safety gear, including front, head and side airbags, ABS braking and electronic stability control. There were also lots of comfort and convenience features; even the base model had things like air-conditioning, cruise control, trip computer, power windows, mirrors and steering, a leather-wrapped steering wheel and CD sound.

Mazdas have a reputation for being well built and that's backed up by a lack of complaints we receive about them at CarsGuide. There's nothing to suggest that the CX7 is any different. Being relatively new the earliest CX7s are only just approaching the 100,000km milestone, so there's no reason to think there will be any of the issues that often show up in cars of all makes at high   kilometres.

Engines, transmissions, drivetrains and chassis all appear to be reliable and durable and little appears to go wrong with them. When road testing a car for possible purchase put it through its paces on all types of roads, and at low and high speeds.

Listen for odd noises and observe for smooth running of the engine and auto gearbox operation. Regular servicing is important to keep any car running in tip-top shape, and the CX7 is no different, so it's highly recommended that   any potential purchase has a verifiable service record showing in particular that the engine oil has been changed at regular intervals. Also make the normal checks for evidence of crash repairs, more importantly dodgy repairs. 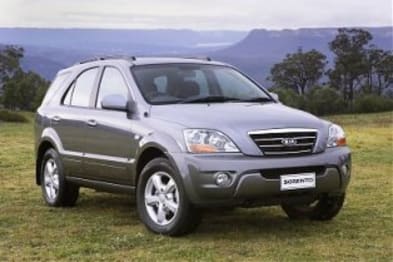 Mazda CX-7 cars for sale
View cars for sale
Disclaimer: The pricing information shown in the editorial content (Review Prices) is to be used as a guide only and is based on information provided to Carsguide Autotrader Media Solutions Pty Ltd (Carsguide) both by third party sources and the car manufacturer at the time of publication. The Review Prices were correct at the time of publication.  Carsguide does not warrant or represent that the information is accurate, reliable, complete, current or suitable for any particular purpose. You should not use or rely upon this information without conducting an independent assessment and valuation of the vehicle.