When Mazda was on its knees there was speculation about its ability to survive, but with new found zoom in a completely renewed model range the company is enjoying the best of times and its future appears rock solid. The mid-sized Mazda 6 is one of the new models that has given the company renewed credibility in the market. It has buyers swarming through showroom doors in search of one of the best looking sedans on the market.

In many ways Mazda’s rebirth can be tracked back to the MX-5 sports car. It set the company on a new course, and its success gave it the confidence to follow a bold new way based around its sporty ‘zoom, zoom’ theme.

With surging fuel prices and the slump in popularity of the traditional big sedans the mid-sized car class has enjoyed resurgence in recent times. The growing popularity of the class, which once seemed doomed, has been driven on by the emergence of some interesting and enjoyable new models such as the Mazda 6.

It’s probably due to the obvious popularity of the BMW 3-Series which has enjoyed boom times in the last decade. Carmakers are not dumb, they can see what’s successful, and most car companies now have a 3-Series equivalent in their model range.

In Mazda’s case it’s the ‘6’, and it has worked a treat, attracting buyers who either can’t afford a BMW or want something different as the blue and white spinner has become a little too common for some.

There is more than a hint of the BMW in the Mazda’s shape, but hey if it works why not borrow it. The borrowing stops when you get the front end, which has the Mazda badge and unique Mazda grille where the Beemer’s kidneys would normally reside.

Begged, borrowed, or simply stolen it matters little as the ‘6’ is a good looking car with lithe sporting lines and a stance that suggests it has plenty of sporting potential on the open road.

Underneath it sports double wishbone front suspension with a multilink independent rear set-up that gives the ‘6’ sporting handling with impressive response although the ride can be considered hard and little harsh in a normal four-door.

The 2.3-litre four-cylinder double overhead camshaft 16-valve engine is a gem; it loves to be revved when it responds with throaty encouragement.

Mazda offered a choice of a sweet shifting five-speed manual gearbox and a four-speed automatic transmission.

Power rack and pinion steering was standard along with four-wheel discs and ABS anti-skid brakes.

Mazda offered an extensive range of models with sedan, hatch and wagon body styles in Limited, Classic, Luxury and Sports variants. All were well equipped, from the entry-level Limited sedan right through to the zippy Sports hatch.

Tick the Luxury box and you also got a sunroof, leather trim, power driver’s seat, and Bose premium sound with seven speakers.

The Luxury Sports hatch got all of that plus front fog lamps and fold-flat rear seat.

When buying a nearly new car you should approach it much like you would if you were buying new.

The oldest Mazda 6 is now only four years old so you’re looking at a car that is really in the prime of its life, barely run in. If it appears knocked about or neglected in any way walk on, there are plenty more out there to choose from.

Mechanically there is little to go on so far, the majority of complaints about the Mazda 6 relate to brake wear which while high is no higher than any other modern car. You have to get used to machining discs by 30,000 km and replacing them at 50,000-60,000 km.

Check for a service record, which will become important when you come to sell later on.

With such a new car check for the things that will affect its value, things like small dings in the body, tears or marks on the interior trim, scrapes and gouges on the alloy wheel rims. They’re the things that detract from the newness of a car that still has the new feeling.

When test driving make sure the engine runs smoothly and pulls without hesitation, the gearbox changes gear smoothly without any jerking or hesitation, there are no vibrations as the speed increases, and no noises that can’t be explained.

An agile chassis with responsive steering, powerful four-wheel disc brakes with anti-skid control and a zesty engine give the ‘6’ driver every chance of avoiding a collision.

Dual front airbags with seat belt pretensioners provide a good level of crash protection in the LImited and Classic models, while the Luxury and Sports models also boasted the protection of side and curtain airbags.

Before buying his Mazda 6 Steve McCormack had driven Falcons or Commodores to get the interior space needed to accommodate his 195 cm frame. The car he bought was in as-new condition with a mere 30,000 km on the odometer. He says it has plenty of headroom, rear seat room and boot space, and he likes the Mazda’s looks, its comfort and performance. His only gripes are the noise when accelerating and the steering, which he feels is vague.

Tony Morgan has owned his Mazda 6 wagon for 12 months and loves everything about it. His highlights are the six-stack CD, steering wheel controls, computer readouts and the feeling of class and comfort. He says the six air bags, anti-skid brakes, and precise handling make it a fun, safe car to drive. He averages 8.6 L/KM and says he’s no light-foot! The Mazda 6 has plenty of get up and go, with a great exhaust growl in the upper revs! Also the tiptronic gearbox, so much fun on the Great Ocean Road! Service and spare parts are reasonable and the car has run faultlessly.

Julie Torcasio has loved the Mazda 6 from the day it was released. She took delivery of a 2003 Classic hatch in 2004 which has now done 23,000 km. She says it’s her perfect car, a little bit sporty, but not too big or expensive to run. 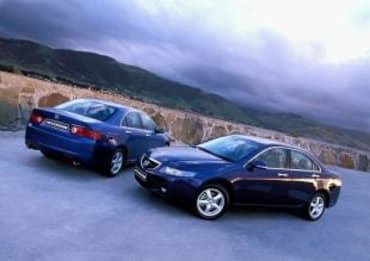 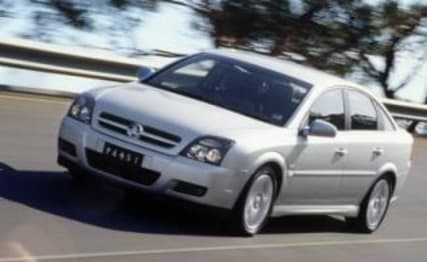 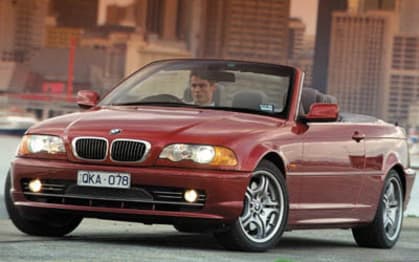 Mazda 3 Mazda CX-5 Toyota Camry Mercedes-Benz C-Class
Disclaimer: The pricing information shown in the editorial content (Review Prices) is to be used as a guide only and is based on information provided to Carsguide Autotrader Media Solutions Pty Ltd (Carsguide) both by third party sources and the car manufacturer at the time of publication. The Review Prices were correct at the time of publication.  Carsguide does not warrant or represent that the information is accurate, reliable, complete, current or suitable for any particular purpose. You should not use or rely upon this information without conducting an independent assessment and valuation of the vehicle.