Mazda burst the small car bubble with a bang when they replaced the ‘jelly bean’ 121 with the innovative but rather bland 121 Metro in 1996. In one fell swoop it changed the perception of small cars from cute little sedans and hatches to more practical wagon-like hatches.

The change was dramatic. Mazda had enjoyed considerable success with the cute and bubbly 121 sedan so the switch to the plainly styled boxy wagon couldn’t have been more extreme.

At the time the company claimed it was breaking the mould with a totally new type of small car that would become the prototype for small car design in the future. Looking back now, it seems they were right, with a range of upright, wagon-style hatches now on offer from most manufacturers, all of which offer practical transport with the flexibility to carry passengers and packages in a wide range of combinations.

The small car market had changed dramatically in the six years after Mazda had introduced the 121 ‘bubble’, and there was a strong demand for hatches when the Metro was launched in October 1996. Without a hatch in its 121 range Mazda faced a major redesign to meet the market demands, but instead of simply doing a hatch version of the ‘bubble’ body the company did a comprehensive makeover on the 121 platform and produced the Metro which went much further than a mere hatch. The resulting Metro was a hatch, a wagon, and even a mini van, all rolled into one.

Based on the well proven 121 front-drive platform, the Metro had the same length and wheelbase as the ‘bubble’, but was higher and wider.

In the wake of the cute and curvy ‘bubble’ the Metro’s styling was rather bland with just enough rounded edges to soften what is an otherwise severe boxy shape. The boxy shape, however, delivers an airy and roomy interior, which made the Metro so appealing.

The upright shape meant there was lots of headroom for adult occupants, but the real appeal was the way the interior could be readily switched around to suit a variety of needs and uses. It could comfortably carry four adults, and still have plenty of usable space for carrying packages or other items. And the seats could be folded and laid flat to make for a very spacious area able to accommodate quite a load for larger and more awkwardly shaped items.

Front seat occupants had comfortable bucket seats with plenty of support, which could also be adjusted for height on up-spec models in the range. But it was the rear seat that was the real key to the Metro’s flexibility.

A 50/50 split-fold bench, the rear seat had fore-aft and rake adjustment which meant comfort and generous legroom for those in the rear.

The interior flexibility came from the ability to fold the seats to create an endless variety of spaces to suit whatever your need. Both front and rear seats could be laid flat, making for a large number of possible uses. Lay all seats flat and you had makeshift overnight accommodation, lay the rear seat flat together with one front seat and you could carry a long slim package, lay the rear seat down and you had a large load space capable of swallowing a pair of mountain bikes.

The upright styling also meant good visibility, of the sort that made soft-roaders so popular with city dwellers, and getting in and out was a snap for those of us who are older and less flexible.

The Metro’s base power source was a 1.3-litre fuel-injected four-valve four cylinder engine that boasted 55 kW that provided sufficient performance around town without ever threatening to take your breath away. On the top models the power source was a more powerful 1.5-litre which, with 64 kW, was nippier.

Transmission choices were a five-speed manual with a precise floor shift or a smooth three-speed auto, while you could choose between the five-speed and a four-speed auto if you bought the 1.5-litre engine.

The suspension was by MacPherson Strut at the front and torsion beam at the rear, which allowed the flat floor that is key to the roomy interior.

Brakes were a combination of disc front and drum rear, while steering was power-assisted.

All models had a driver’s airbag, numerous storage bins, cup holders and a sound system, but air-conditioning was an additional $1870 on top of the base price of $16,650 for the entry level model.

Mazda also released a number of ‘Shades’ packs that included air-conditioning as standard along with other features.

On the road the 121 Metro was an assured little car with ample performance for round town zip and on-highway hauling. Its ride was comfortable, handling reassuring, and brakes secure.

Interior noise levels were criticised when the 121 was first launched, which suggests a lack of insulation material to cut costs in an effort to compete in the ultra-competitive baby car market. The lack of remote control mirrors was also criticised.

Like all Mazdas the 121 was a quality-built car so they stand up well in service provided they are serviced regularly and are not abused.

The 121 Metro was a little more expensive than the Korean cars that boomed in the baby segment with their $13,990 drive away pricing, and people who were prepared to take care of them typically bought that meant the Mazdas.

Generally the 121 is well kept and you’ll find few dings and dents on the body. If you happen across car that has some body damage check the rest of the car carefully for signs of abuse.

Mechanically the engines are robust and give little trouble, but ask to see the service books and check for a service record that supports the car’s overall condition and its odometer reading. Lift the oil dipstick and check the colour of the oil – if it’s black it’s probably old – and also check inside the oil filler cap for signs of sludge that could mean a lack of servicing.

Interior trim is hard wearing if a little plain on the 121 Metro, with quite good quality plastics and trim fabrics, although the trim on earlier ‘bubble’ 121s was prone to discolouration and distortion when subjected to the sun.

On the downside, Mazda parts prices are typically higher than other Japanese-sourced cars like Nissans and Mitsubishis.

• roomy interior that is very flexible

View all Mazda 121 pricing and specifications 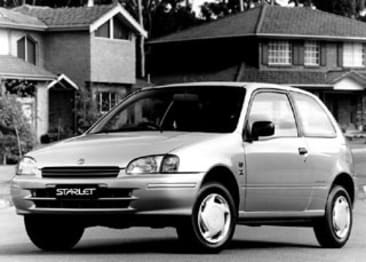 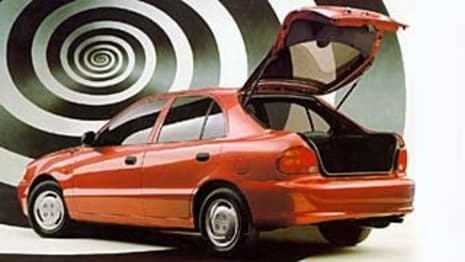 Mazda 121 cars for sale
View cars for sale
Disclaimer: The pricing information shown in the editorial content (Review Prices) is to be used as a guide only and is based on information provided to Carsguide Autotrader Media Solutions Pty Ltd (Carsguide) both by third party sources and the car manufacturer at the time of publication. The Review Prices were correct at the time of publication.  Carsguide does not warrant or represent that the information is accurate, reliable, complete, current or suitable for any particular purpose. You should not use or rely upon this information without conducting an independent assessment and valuation of the vehicle.