Korea is starting to produce some surprisingly good cars.
EXPERT RATING
7
Kia has lifted its game amazingly in the last five years with new models like the KM Sportage.

Paul Gover opened his road test report on the new KM Kia Sportage in 2005 by saying that Korea is starting to produce some surprisingly good cars.

It was a profound observation, and a particularly apt one for Kia, which has lifted its game amazingly in the last five years with new models like the KM Sportage.

Kia was throwing off the baggage that came with being a producer of cheap and cheerful cars when it launched the KM Sportage and it showed in the new SUV.

The original Sportage was a tough old nail that won a lot of supporters who appreciated its ruggedness when they went bush, but the KM was aimed at towns folk who wanted a more refined ride and couldn't care less about leaving the black top.

With Kia safely tucked up in bed with Hyundai it shouldn't have come as a surprise to anybody that the KM Sportage was a kissin' cousin of the Hyundai Tucson. Given the improvement in quality and refinement, in fact in all areas, that Hyundai was making in double quick time that relationship could only be good.

Gone were the boring, bland lines and boxy shape of the old Sportage, the new model had softer, more curvy lines that made it a much more appealing proposition for city slickers. The lift in quality was obvious, the panels met with a precision that wasn't there before, the cheap old plastic smell was gone and the interior was cleaner and more pleasant all round.

Kia was also able to claim class leadership when it came to cabin space, definite plus for those with a tribe to transport.

Mechanically, the KM Sportage was powered by a 2.7-litre double overhead camshaft V6 that pumped out 129 kW at 6000 revs and 241 Nm at 4000 revs and was hooked up to a four-speed automatic transmission with drive delivered through all four wheels as traction determined.

For the majority of the time the drive goes through the front wheels, but when conditions demand the system could send up to 50 per cent of the drive to the rear wheels. The suspension was independent all round with disc brakes overseen by ABS electronics, and the power steering was rack-and-pinion.

Inside, there was plenty of usable space, the seats were comfortable and there was heaps of standard gear, including air, cruise, six-speaker CD sound, remote central locking, immobiliser, power windows and mirrors, fog lamps and alloy wheels.

While it was clear that Kia had made great strides the Sportage was still a little short of the mark when it came to the drive experience. The V6 engine was adequate, but the wide ratios of the auto somewhat dulled the performance. The handling was safe and secure, but the ride was a little too firm and was affected too much by small bumps and changes in the road surface.

The improved build quality that was evident in the KM has translated into reliability in service.

Our reader rates his as the most reliable car of the many he's owned over the years, and the general lack of complaints to Cars Guide suggests other owners are also satisfied with their Sportages. With that as the background, Sportage shoppers are encouraged to check for a service record that shows their potential purchase has had proper maintenance.

Make a general tour of the outside, looking for mismatching paint and sloppy panel fit that are the giveaways to a metal crunching crash, and check the alloy wheels for evidence of being driven into kerbs. Alloy wheels are quite susceptible to damage by hitting kerbs, they can easily be bent out of shape, cracked, even broken, by a careless driver.

Being an all-wheel drive SUV with a claim of being an off-roader it's worth checking underneath for damage caused off the beaten track.

With dual front airbags and seat belt pretensioners the KM Sportage was equipped with the basic secondary safety net. For primary safety it boasted ABS antilock brakes and traction control, again it had the basics expected at the time it was released.

Kia claimed the Sportage would average 10.0 L/100 km, while road testers reported figures of around 11.5 L/100 km. Carsguide reader Brian McDonald says the fuel consumption of his 2005 Sportage is higher than he would like. The four-speed auto with its wide ratios is largely to blame for the higher fuel consumption, more gears would have seen better economy.

Brian McDonald is pleased with the Sportage he bought new in 2005, which he says it is the most reliable vehicle he has ever owned. It is still tight, there are no annoying rattles and the interior has stood up well. Apart from replacing tyres, he has only had to replace two taillight globes. His only issues are with the fuel consumption, which he feels is high, and the auto, which he believes is crying out for another gear or two.

A step up in quality and refinement, but still lagged behind its rivals when it comes to the drive.

Have you owned a Kia Sportage? Tell us your experience in the comments below. 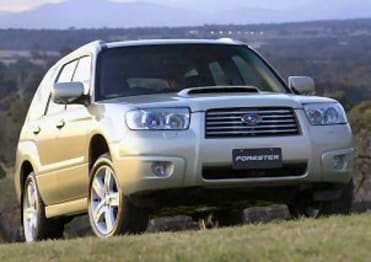 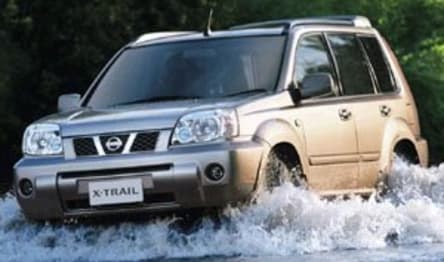 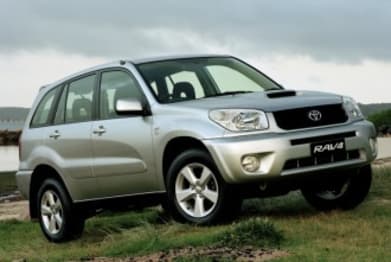 Toyota RAV4 Hyundai Tucson Mazda CX-5 Kia Seltos
Disclaimer: The pricing information shown in the editorial content (Review Prices) is to be used as a guide only and is based on information provided to Carsguide Autotrader Media Solutions Pty Ltd (Carsguide) both by third party sources and the car manufacturer at the time of publication. The Review Prices were correct at the time of publication.  Carsguide does not warrant or represent that the information is accurate, reliable, complete, current or suitable for any particular purpose. You should not use or rely upon this information without conducting an independent assessment and valuation of the vehicle.