The race for your small car dollar is intense, with a plethora of makes and models to choose from, ranging from cheap and cheerful to, would you believe, prestige models. The latter are mostly recent arrivals from Europe as carmakers from that part of the world try to convince buyers to part with more cash for the prestige of driving a European brand.

There are also plenty of offerings from the Japanese carmakers, all decent cars, while the Koreans have tried to move away from the cheap and cheerful end of the small car market that was once their own exclusive domain.

Chief among them is Hyundai who successfully established its place in the market on a policy of drive-away-no-more-to-pay. It worked a treat, but it also entrenched them in the bottom end of the market with a clientele who were only prepared to buy their cars if they were cheap-and-cheerful.

They have been working hard to move beyond the cheap-and-cheerful image and have been relatively successful with a string of better and well-built cars that deserve more respect, the small Getz hatchback among them.

Hyundai makes no bones about being a world carmaker, one that takes on the world with its own products, and they are becoming better and better with each new model.

The Getz is Hyundai’s own in-house product, conceived to stand up against the best that Europe can produce and it does it pretty well.

The styling is clean and attractive in a European sense. There is nothing glaringly absent in the design that sends you reeling out of the showroom; the Getz hatch presents a well balanced profile with lines that flow cleanly from neat front to functional rear.

Inside, it has the space to make it competitive against the class leading small cars, and the layout to make it a pleasant place to be when stuck in city traffic.

The great thing about the best small cars is the driving experience. The best compacts are nimble with well-balanced nippy handling, and are powered by engines that provide sufficient zip to make negotiating traffic easy and fun.

By comparison the Getz was a little dull. The engines were willing, but the tallish gearing tended to suck the potential out of them.

Behind that there was the choice of a five-speed manual gearbox and a four-speed auto.

On the road the handling was acceptable. It wouldn’t bite you, but it was vague with rather dull steering. It was certainly not for anyone who enjoyed the thrill of driving, it was more for those who wanted simple transport and only cared about getting from A to B without really caring about the journey itself.

Likewise its ride was also acceptable, but lacked damping. It tended to float over larger dips, but was hard and harsh on big bumps.

The range was made up of three-door and five-door hatch models. The GL opened the bidding and was fairly basic. It came with power steering, engine immobilizer and four-speaker CD sound. Air became standard in 2003 and central locking were much needed additions to the features list in 2003.

There was also the XL three-door that had the 1.3-litre engine and a little more fruit than the three-door GL.

Hyundai has had to endure some scathing criticism over the years as it has attempted to build credibility with buyers.

Who could forget the Excel fiasco when management attempted to deny the existence of a serious problem with the welding of the front-end? They were eventually forced to own up and they came good with a fix, but the episode hurt the company and damaged the reputation of Korean cars in general.

It’s a pity because the Excel was generally a reliable and robust little car and didn’t deserve the reputation it got.

But in recent times Hyundai cars have got better and better, to the point they are now quite well built.

Hyundai at least is confident it has got it right in offering a five-year warranty with unlimited kilometres.

The Getz is a member of the new generation of Hyundais and is worthy of a look by anyone thinking of buying a small car and not wanting to spend lots of money.

Check for a service record to confirm regular oil changes.

Also check the body for dings and dents, looking for signs of panel repair, such as mismatching paint.

The Getz was in the general mix for safety, but wasn’t considered one of the better performers in a crunch.

With average fuel consumption around 10 L/100 km the Getz isn’t the most fuel-efficient small car going around. Tall gearing holds the little Hyundai back and drivers tend to make up for the apparent lack of performance by pushing down on the gas pedal. That, of course, results in more, and more expensive visits to the gas pump.

A worthy try, but lacks the refinement of the best in the small car class. 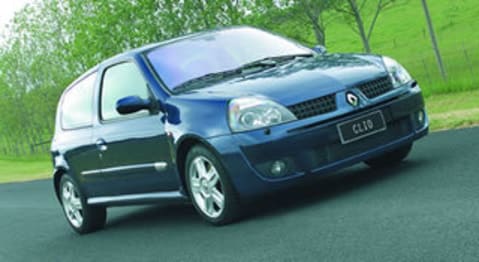 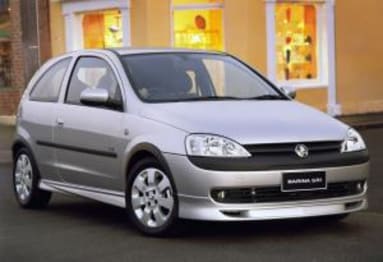 Hyundai Getz cars for sale
View cars for sale
Disclaimer: The pricing information shown in the editorial content (Review Prices) is to be used as a guide only and is based on information provided to Carsguide Autotrader Media Solutions Pty Ltd (Carsguide) both by third party sources and the car manufacturer at the time of publication. The Review Prices were correct at the time of publication.  Carsguide does not warrant or represent that the information is accurate, reliable, complete, current or suitable for any particular purpose. You should not use or rely upon this information without conducting an independent assessment and valuation of the vehicle.