It seems puny today, but in 1994 when HSV unleashed its 215 kW GTS it was one of the most powerful cars on the road.  Today, even the most mundane family hack has close to 200 kW under the bonnet, but it took quite some time for the 200 kW barrier to be breached.

Once the breakthrough was achieved the floodgates opened and as a result we now even have cars like the entry level Falcon and Commodore with peak power approaching the 200 kW milestone.

With many of today's hero cars boasting more than 300 kW the 215 kW GTS is easily outpaced on the road, but it's now comfortably settled into the automotive afterlife as a classic car.

With the 'Supercar' scare of the 1970s still ringing in their ears carmakers were still understandably nervous about building high- powered musclecars well into the 1980s.  The peak performance of locally made cars stayed relatively stable for many years, and it wasn't until the formation of new generation go-fast outfits like Holden's HSV and Ford's Tickford towards the end of the '80s that engine grunt started to rise more quickly.

Even so the performance arms of the big two carmakers were careful about pushing the boundary too far too quickly. In an increasingly politically correct world both were keener to push the handling, braking and refinement of their cars than they were their ability to go fast. But fast they were.

The 215 kW GTS was in a league of its own, it was clearly the fastest car ever built in this country. To find cars that had comparable performance you had to turn to exotic imports.

HSV resurrected the GTS badge in 1992 when it launched its first 200 kW supercar based on the VP Commodore, but the VR-based model took the GTS to an even higher plane in 1994.  Road test writers of the day were quick to compare the reborn GTS to the classic musclecars of the 1970s, the original Monaro GTS 350, the Falcon GT HO and the Charger E49, but their comparisons were misguided.

Where the rumbling old cars were a thrill-a-minute to drive, with questionable handling and ordinary brakes, the new GTS was just as fast, but it was also refined, comfortable, handled with aplomb and braked safely. The GTS 215 was a performance car for a far more sophisticated time.

The heart of the GTS beast was the Holden 5.0-litre V8 that had been increased to 5.7 litres thanks to a stroker crankshaft.  As well as the crankshaft there was a hot camshaft, new valves and valve springs, and a new flywheel, all to suit the bigger motor.

New pistons were used to lower the compression ratio to ensure it would run on regular unleaded fuel.  A cold air intake and free-flow air cleaner packed more into the engine, while exhaust headers and low restriction pipes got the gas out efficiently.

By the time the engine guys were done the big V8 was putting out 215 kW at 4800 revs and 475 Nm at 3600 revs.  A heavy-duty clutch was fitted to handle the extra grunt on its way to the Borg-Warner six-speed manual gearbox.

From there it was fed to the rear wheels through a locally developed limited-slip diff.  To match the high performance of the GTS HSV fitted big new brakes, with larger brake rotors and larger callipers, along with ABS.  It also had HSV's sports suspension package, which included independent rear suspension, uprated springs, shocks and roll bars, and 17-inch alloy wheels with low profile Bridgestone tyres.

The GTS was a very fast car, at least for its time. It would accelerate through the standing 400-metre sprint in under 15 seconds and had a top speed of almost 250 km/h.  While it has been eclipsed in the 16 years since it was launched the GTS was truly a special car in 1994.

It was not only very fast, it had the handling and braking to match, and it looked the part with its nicely integrated body kit that set it apart, and its sports interior that enhanced the feeling of being in something quite special.

For starters make sure the car you are thinking of buying is genuine; it's not hard to create a fake and there are plenty of wannabes around.

It's also worth checking for any modifications from the original specification. Mods can affect the value and need to be carefully assessed for the quality of the workmanship and the impact on the performance of the car.

Cars that have been regularly driven since they were new would have done more than 200,000 km by now, some of them very hard, others will have been pampered and might have done just a few kays.

Shop around for those that have been well cared for and be wary of those that have had a hard life.  Make the usual checks for crash damage and a regular service routine.

The GTS 215 wasn't just a dressed-up Commodore; it was a fully developed package with a high performance engine matched with a well- balanced chassis.  That match of engine and chassis came through loud and clear on the road where, given the situation, the engine's performance could be fully exploited.

The special limited-slip diff was one of the keys to the chassis balance that was achieved, while the Bridgestone tyres generated amazing grip on the road.  The GTS 215 could be driven hard with generous amounts of throttle without losing its composure.

While performance was central to its character the GTS was also comfortable and boasted all of the features expected of a high-end sports sedan.

There were no airbags in the VR-based GTS, the passive safety was provided by the basic body structure and seat belts.  Its active safety was in its chassis with its sports tuned suspension, large powerful brakes, and ABS anti-lock system.

If you're concerned about fuel economy it's best you turn away now, because the GTS 215 is a gas-guzzler. That shouldn't be surprising given its high performance capability.

But if you're not planning to drive it daily the impact on your bank balance won't necessarily be high.  Expect 15 L/100 km on average when driven around town with a light right foot, more if you're a lead foot. 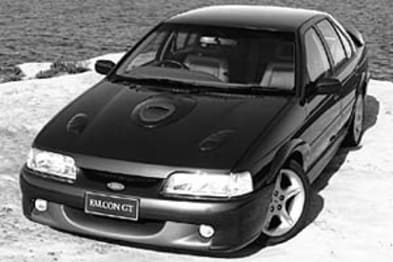 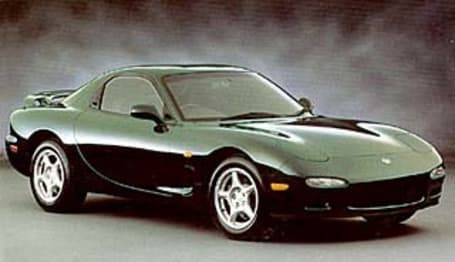 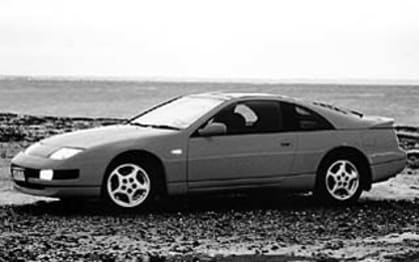