Honda did to sports cars what Lexus did to luxury cars. Before the NSX came on the scene in 1991 high performance sports cars were snarling creatures with idiosyncrasies that made them both difficult to drive and unreliable. Often they were lovingly hand built by craftsmen who poured their hearts and souls into them, and their owners accepted their flaws as “character”.

The NSX changed all of that. Honda brought some Japanese production discipline to the genre and showed that it was possible to build a high performance car that behaved itself when asked to do the more mundane things in a motoring life, like going to the supermarket for instance. So good was the NSX that it shook up the supercar elite, just as the Lexus LS400 did to the luxury car elite.

It was no longer acceptable to build a car that was unreliable, fell apart with regular monotony and cost a fortune to keep on the road. Anyone who owns a late model Ferrari, Lamborghini, Aston Martin, or even Porsche should be eternally grateful to Honda for producing the NSX. Without it their cars wouldn’t be anywhere near as well built and reliable as they are.

On the outside the NSX had everything needed to be called a true high performance sports coupe and take its place alongside the greats from Europe, but it had something those others didn’t.

It had the benefit of being related to a major manufacturer, specifically a Japanese one who could bring to it a level of production quality, reliability and durability the Europeans couldn’t. It looked like a supercar should; it was low and sleek, well balanced and athletic. It looked fast even when parked outside the cafe.

If there was anything that caused some concern initially was the aluminium body and chassis. Crash one and you were up for a pretty hefty repair bill to get it back on the road.

Mechanically a mid-mounted 3.0-litre double overhead camshaft V6 with VTEC valve timing and lift motivated it. Although its output was modest for the class with peaks of 201 kW at 7300 revs and 284 Nm at 5300 revs the Honda V6 was pleasantly flexible and had enough performance to satisfy all but hard core sports car drivers.

Those who chose the optional four-speed auto transmission over the standard five-speed manual gearbox had to accept a little less performance with the peak power trimmed to 188 kW at 6800 revs when the V6 was attached to the self-shifter.

Under the sleek skin the NSX boasted a true sports car chassis with independent wishbone suspension at each end, powerful four-wheel disc brakes, and power-assisted rack-and-pinion steering. On the road it had great dynamics with good grip and a wonderful balance that made it a rewarding car to drive fast, on the road or track.

If there was a criticism of the NSX it was inside where it had switches and other bits of hardware that appeared to have been lifted from the Civic production line. They worked well, but they had the look of a much cheaper car and that didn’t sit well with many buyers. There was no shortage of equipment; the NSX was packed with all the gear you could possibly want. There was auto air-conditioning, leather trim, cruise control, power windows, seats and mirrors, and a Bose sound system.

In the course of its 13-year life the NSX remained much the same, but there were a number of changes that kept it relatively fresh right up to its 2004 demise. The wheels and tyres were upgraded in 1994 when it was fitted with seven-spoke 16-inch front wheels and 17-inch rear wheels. A Targa style coupe was added in 1995, at the same time there was the option of a sports-shift auto with shifter paddles in the steering wheel.

The engine was increased to 3.2 litres in 1997 when attached to the new six-speed manual transmission, while the auto models stuck with the smaller 3.0-litre engine. Power of the larger engine grew to 206 kW and the torque climbed to 298 Nm. The final chapter in the NSX story was written in 2002 when Honda restyled the front and rear bumpers and replaced the retractable headlamps with more efficient fixed units.

While the NSX is a genuine supercar it isn’t any more complex than a regular Honda, so it’s less expensive than some supercars to service. As long as they are serviced correctly as per Honda’s recommendation they are generally bullet proof. Regular oil changes are needed to ensure the engine doesn’t get clogged with gum and other deposits.

The camshafts are driven by belt so it’s important to make sure the changes has been done at the correct mileage, and many NSXs will be around the time and distance a service is required.

They’re expensive to repair if crashed thanks to their aluminium chassis and body structure so keep a keen eye out for signs of body repairs. Tyres are also expensive if you need to replace them. Different sizes back to front and specific tread patterns and construction makes them a costly buy so check the tyre condition carefully before you buy. The main mechanical malady reported relates to the gearbox in the early five-speed cars, which seem to develop bearing noises at quite low speeds.

With good reliable Japanese electrical systems and components not a lot goes wrong in this area, but some cars have had trouble with the Bose sound system, which can be expensive to repair. Be wary of any car that has been imported. They can be cheaper than those cars sold locally, but without a history they are a risk. Have them checked thoroughly by a Honda specialist and look very carefully for smash repairs.

The earliest NSXs only had a driver’s airbag, but those from 1993 on also had a passenger’s airbag. While the aluminium chassis is expensive to repair it is strong and rigid, so add airbags and you have a decent secondary safety package. Primary safety is what a supercar is all about and the NSX is well equipped in that area with an agile and responsive chassis, powerful engine, big disc brakes with antiskid ABS electronics and traction control.

Ross Canavan has owned a succession of high performance sports cars including Ferraris and Aston Martins, but reckons his 1992 NSX beats the pants off the others in every respect. He’s put just 5000 km on it in the two years he bought it with 140,000 km on the clock. He says he liked it the minute he saw it when it was first released; he was particularly taken with its shape and has since been impressed with its handling and its everyday drivability. He accepts it’s not the fastest sports car he’s ever owned, but he says it’s the easiest to drive. It’s very tractable around town, but still fast enough to get your juices flowing when you put your foot down.

THE BOTTOM LINE
NSX brought the thrill supercar motoring within reach of the everyday motorist in a well-built and reliable package. 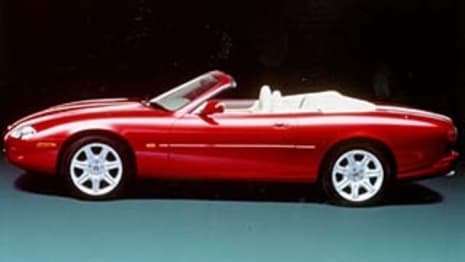 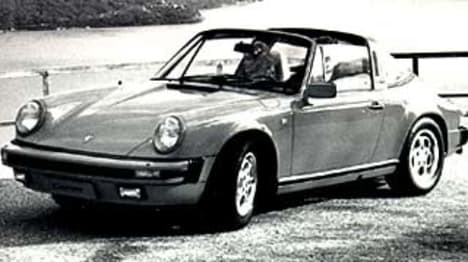 Honda NSX cars for sale
View cars for sale
Disclaimer: The pricing information shown in the editorial content (Review Prices) is to be used as a guide only and is based on information provided to Carsguide Autotrader Media Solutions Pty Ltd (Carsguide) both by third party sources and the car manufacturer at the time of publication. The Review Prices were correct at the time of publication.  Carsguide does not warrant or represent that the information is accurate, reliable, complete, current or suitable for any particular purpose. You should not use or rely upon this information without conducting an independent assessment and valuation of the vehicle.