Honda execs implored Australians to look past the badge when shopping for a prestige car, and add the new Legend to their shopping list alongside the prestige heavyweights from Europe.

The new all-wheel drive Legend had the engineering to compete they cried, it also had all the bells and whistles, but at the end of the day it didn't have the badge some buyers valued above all else.

As a result the big Honda was relegated to older folks, ones who wanted a softer, more relaxed ride, those who preferred a zippier drive mostly went the Euro route.

There's no doubt that the Legend was a sound choice, it offered good value for the prestige dollar, was safe and refined. It accommodated five in comfort, with three in the back seat, and had a large boot.

Anyone who cared to dig deeper would find it also had decent performance courtesy of its high-tech 3.5-litre V6, which put out 217 kW and 351 Nm, and its five-speed auto with sequential sports shifting.

The Legend was quite a sizable car and relatively heavy, all of which hindered its performance somewhat, and any idea that it could be considered a sports car.

In normal situations it drove as a front-wheel drive car, but its smart all-wheel drive system could detect when a wheel was slipping  and redirect drive to the other wheels as needed to maintain progress.

If you signed up for a Legend you drove away in a car with heaps of features. On top of all the things regarded as normal in a car today, you also got leather seats, a sunroof, electric seats, power adjustment of the steering column and a rear view camera.

On the road the Legend was comfortable, refined and relaxed. It did everything well. If it lacked anything it was that it wasn't a very thrilling drive, but if that didn't matter to you it delivered everything you could wish for.

On average the Legend would have done between 50,000 and 75,000 km, a good time to buy used when they're still in their prime. With such relatively low kilometres on them you wouldn't expect any nightmare stories and there hasn't been any to date.

Given Honda's track record on engineering you would expect that to continue, given proper and regular servicing. Check the service record of any car under consideration.

You can't do any better than five stars on the ANCAP scale and that's what the crash body gave the big Honda. That's no surprise as the Legend had it all, front, head and side airbags, ABS braking with all the associated trimmings of Emergency   Brake Assist, traction and stability control.

Honda's claim for the Legend was a rather poor 11.8 L/10 0 km, while the Carsguide road tester returned a rather more optimistic 9.7 L/100 km in real life driving. Prospective buyers should be aware that the Legend requires premium unleaded.

Relaxed, refined ride packed with features, all it misses is the badge.

Do you own a Toyota LandCruiser 200 Series?  If so tell us what you think of it by sending your comments to Graham Smith at grah.smith@bigpond.com or Carsguide, PO Box 4245, Sydney, NSW, 2010. 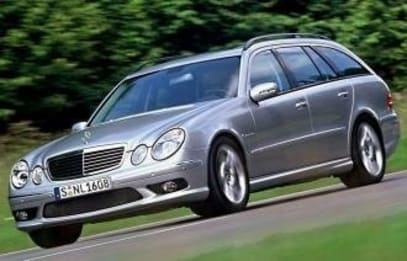