With sales of SUVs booming in the early part of this century it was only a matter of time before Holden got into the act with its own model. The Korean-sourced Captiva was launched in 2006 in the midst of Holden's shift to Asia for most of its imported models.

If Holden diehards were keen for the brand to have an SUV they could get into, there were others who remained skeptical about the idea of Holden-badged Korean cars. Three years later those fears have evaporated, and with a diesel engine now part of the offering the Captiva offers something others can't.

Holden was caught with its corporate pants down when SUV sales surged at the dawn of the new century. Quite simply it didn't have one to offer. While Ford also recognized the need for an SUV and built the Territory, Holden tried to plug the gap in its model range with the all-wheel drive Adventra wagon that was spun off the Commodore.

It didn't work. While the Adventra was a decent car it was initially only available as a V8, which set it back, and although competent it was heavy and clunky on the road.

Ford's success with the Territory was a clear message to Holden that the Adventra hadn't worked and that they needed an SUV urgently to have a competitive presence in the market.

The SUV market was new territory for Holden, but the Captiva ticked most of the required boxes. It looked stylish, it was of a similar size to the booming BMW X5, and could accommodate up to seven.

While it came from Korea the Captiva was powered by Holden's 3.2-litre Alloytec V6 made in Melbourne. The V6 was the only engine available at the launch in 2006, but Holden read the market's move towards diesel engines well and added a 2.0-litre turbo diesel engine in 2007. With Ford sticking to its tried-and-true six cylinder engine and not offering a diesel Holden's move to diesel power was a masterstroke.

The only transmission choice for the V6 was a five-speed Aisin auto with sports shift, but the diesel could be had with a five-speed manual 'box as well as the auto. In most situations the drive went through the Captiva's front wheels, but when needed drive was also sent to the rear wheels. The all-wheel drive system was electronically controlled and used two clutches.

The Captiva also boasted a comprehensive array of electronic driving aids, including electronic stability control, traction control, electronic brakeforce distribution, brake assist, hill descent control, ABS antilock braking, and rollover protection. Holden engineers had a hand in tuning the suspension ensuring the Captiva's ride and handling was in tune with the local roads, with the result it rode comfortably and handled well.

Inside the Captiva was roomy, with fold-flat seating making it a flexible carrier of people or loads of luggage. As many as 20 storage options were built into the Captiva's interior, including a useful wet-dry area below the rear floor, a glovebox cooler, large rear centre console bin, and numerous other handy bins. Four models were offered in the range, which included the five-seater SX, the seven-seater CX and LX, and the sporty five-seater MaXX.

At this point in its life it's important to ensure the maintenance has been kept up so the car you are considering buying hasn't been neglected. Most SUVs are used around town, but check for offroad use, and any damage that might have been sustained in the bush.

The Captiva scrubs up pretty well on the safety front, with dual front airbags standard across the range, and curtain airbags optional on the SX and standard on all other models. All models also have seat belt pretensioners and belt force limiters on the front seats to limit the load on the chest in a crash. There's also a comprehensive array of electronic aids to provide a high level of active safety.

Holden claimed the Captiva V6 would do 11.5 L/100 km on average, while the diesel would better that with 7.6 L/100 km for the manual and 8.7 L/100 km for the auto. Many owners complained about the high fuel economy of their V6 Captivas, which they were reporting was tending more towards the 12-14 L/100 km than the official Holden figures. The diesel seems to be hitting the mark with owners reporting quite reasonable fuel economy numbers.

Barry Watson says his two-year-old LX Captiva diesel is better than he was expecting it to be. He was attracted to the Captiva by its safety, diesel engine, and high level of equipment. Two years on he says it is well finished, the body is very tight with no rattles anywhere, the ride and handling is quite acceptable, and it has been very reliable with no problems experienced to date. He also praises its fuel economy and reports he gets 10-11 L/100 km around town and 7.9 L/100 km on interstate trips. His main complaint is that the trip computer does not give an in stant readout of fuel consumption, so it can't be used as an economy gauge. In summary he says he is a very satisfied owner and would not hesitate to buy another one.

Attractive all-wheel drive wagon with Aussie influenced looks and chassis settings, and the option of a diesel engine is worth a look. 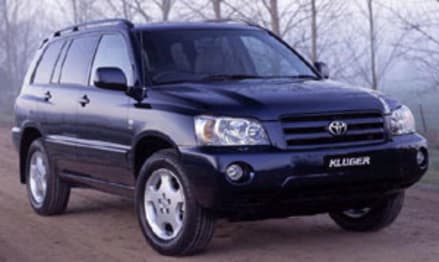 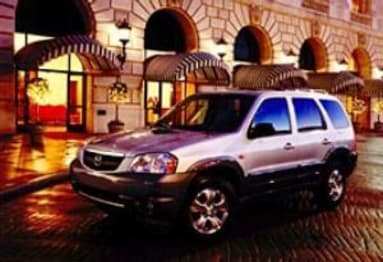 Lowest price, based on 14 car listings in the last 6 months

Kia Seltos Haval H6 Mazda CX-5
Disclaimer: The pricing information shown in the editorial content (Review Prices) is to be used as a guide only and is based on information provided to Carsguide Autotrader Media Solutions Pty Ltd (Carsguide) both by third party sources and the car manufacturer at the time of publication. The Review Prices were correct at the time of publication.  Carsguide does not warrant or represent that the information is accurate, reliable, complete, current or suitable for any particular purpose. You should not use or rely upon this information without conducting an independent assessment and valuation of the vehicle.