Twice Ford has sold the Mustang in Australia and both times it’s main role has been to support the Falcon. The first time it was officially sold here was in 1965 and 1966 when 209 Mustang coupes were imported and converted to right-hand drive by Ford. They were brought in to give visual credibility to Ford’s claim that the XR Falcon was ‘Mustang-bred’.

The next time Ford Australia turned to the Mustang was in 2001 when it released the Mustang Cobra. Ford was going through a tough time in the market, the AU Falcon was being panned left right and centre and the Mustang injected some excitement into the brand when it was desperately needed.

Ford’s plan was to sell 250 Mustangs per year, but it never reached those heady heights and it officially left Ford showrooms in 2003, although there were cars still on sale at dealers a couple of years after that.

There’s no doubt that the Mustang was one of motoring’s all-time icons. It’s introduction in America in 1964 caused a sensation and sales soared to a level unimaginable even by the most optimistic of Ford’s marketing people. It was literally an overnight success. Subsequent models built on the initial success, but its glory began to fad in the 1970s when the focus swung towards fuel-efficiency, environmental friendliness and safety.

A disastrous experiment with a four-cylinder model almost brought about the end of the Mustang in the mid-1970s, but there were enough die-hard Mustang fans within Ford to ensure it was kept alive through some very lean years. By the end of the 1990s the Mustang had a V8 again and was enjoying a renewed popularity and its future was assured with the 1999 model.

Ford decided to spice up its local offering by bringing the Mustang here in 2001. The car that arrived here wasn’t just any Mustang, it was the Mustang Cobra, which was the top model in the US market and sold through SVT dealers. SVT was Ford America’s version of FPV here.

Before it was sold here it was stripped bare by Tickford, the predecessor of FPV, and very competently converted to right-hand drive It was no cheap makeover. More than 150 major new components were made along with 200 minor parts and 250 documented processes. All up Ford invested $4 million in the project.

The power was delivered through a sweet revving 4.6-litre all-alloy quad-cam V8 that pushed 240 kW and 430 Nm through the drive train. It was a silky smooth engine that emitted a low growl as a reminder of the potential that lay under the bonnet. The transmission was a Tremec five-speed manual that fed into a limited-slip diff on the way to the rear wheels. Underneath the Mustang boasted modified MacPherson Struts at the front and double wishbone independent suspension at the rear, the brakes were discs front and back with ABS, the steering was power-assisted.

Ford offered the Mustang in coupe and convertible forms, and being a premium model, it had all the bells and whistles. Standard were leather trim, air-conditioning, power mirrors and windows, six-disc CD player, remote central locking, power driver’s seat, tilt steering wheel and cruise. The convertible had a power roof with a glass rear window.

On the road it wasn’t the most sophisticated car; it’s handling was predictable without being particularly sharp and its ride was a little choppy, but its engine was a treat.

The changes made to the Mustang by FPV improved it for Australian conditions. The engine is a delight. It revs freely and makes a great noise, which is probably the best thing about this Mustang. Inside it’s a little cramped given that it’s a big car and the quality of the interior trim and fittings isn’t great. Overall build quality is typically American, which means it isn’t as good as the Japanese or Europeans, but it seems to hang together quite well and few problems are being reported.Look for a service record and make sure the engine oil has been changed regularly.

Peter Tollitt bought his Mustang Coupe in 2001 and says every day since has been an adventure. It is the longest he’s ever owned a car and even with 100,000 km approaching he says there is no car that excites him enough to make a change. He’s improved its looks by lowering it and fitting big billet wheels. He says there is nothing that comes close to the excitement of jumping in the Cobra everyday with Deep Purple pumping out at one end and the sweetest factory delivered exhaust note pumping out the other. He rates the handling improvements by FPV highly and says the performance is also great. He says it has been virtually trouble free and relatively inexpensive, particularly compared to his three previous HSVs. A broken clutch, a twisted driver’s side seat belt and a few minor throttle niggles in peak hour are his only complaints, but he says they pale in insignificance when compared to the upsides of the car. 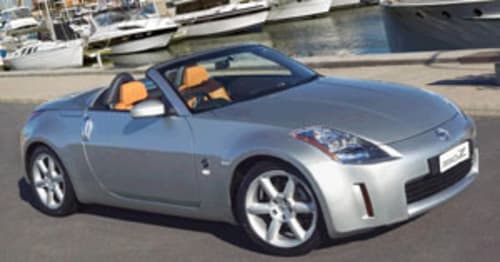 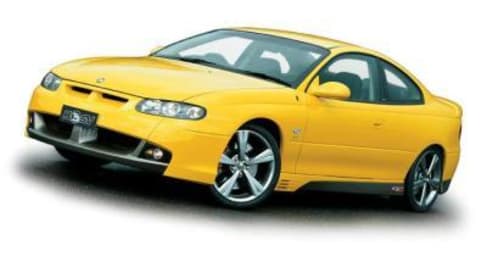 Subaru BRZ Toyota 86 Kia Stinger BMW 4 series
Disclaimer: The pricing information shown in the editorial content (Review Prices) is to be used as a guide only and is based on information provided to Carsguide Autotrader Media Solutions Pty Ltd (Carsguide) both by third party sources and the car manufacturer at the time of publication. The Review Prices were correct at the time of publication.  Carsguide does not warrant or represent that the information is accurate, reliable, complete, current or suitable for any particular purpose. You should not use or rely upon this information without conducting an independent assessment and valuation of the vehicle.