Chrysler Grand Voyager delivers more room than most people movers, and has all you need if space is your priority.
Graham Smith
Contributing Journalist
Herald Sun
29 Apr 2010 • 5 min read

Peoplemovers are not the sexiest vehicles on the road; space is the priority for those who buy them and the Chrysler Grand Voyager delivers more space than most in the class.

Early peoplemovers were little more than converted commercial vans and didn't offer much more than the space their owners craved, but thankfully those days are long gone and today's peoplemovers are purpose-designed for the task and offer a decent amount of safety, comfort and refinement as well as the ability to accommodate seven or so adults.

Born in the USA, as it was, it's not surprising that the Voyager was bigger and brassier than pretty much every other peoplemover on the market back in the late 1990s when it first landed on these shores. It was the market leader by a long way in its home market and Chrysler hoped it would win over local mums and dads who had large broods to move. It came in two wheelbase lengths, the standard 2878 mm Voyager version, and the longer 3030 mm Grand Voyager variant.

The long wheelbase Grand Voyager was too big, or too expensive, for many families whose needs could be satisfied with a vehicle or more modest dimensions, but it was perfect for those with the need to move seven adults in comfort and style.

For those inside, the Grand Voyager's seven seats gave a commanding view with comfortable captain's chairs for those in the front and middle rows, while those in the third row were squeezed into a bench seat. The seating arrangement was flexible with seats that could be moved, or even removed depending on the need of the moment. If needed the middle and rear rows could be removed to make it into a makeshift commercial van with heaps of space for goods, sports or camping gear, or with just the rear row taken out it could be turned into a big five-seater station wagon with plenty of space for luggage at the rear.

While most of its rivals offered four-cylinder engines the Grand Voyager differed by offering the power of a 3.3-litre V6. When working at its peak the transverse-mounted V6 gave 128 kW at 5100 revs and 287 Nm at 4000 revs, giving the big Voyager a decent amount of pulling power. A four-speed auto was the only transmission available and drive was sent through the front wheels on most models sold. There was also an all-wheel drive version available.

Inside, there were a number of telltale signs that the Voyager was a left-hand drive vehicle converted to right-hand drive rather than one designed with right-hand drive in mind from the start. Things like the positioning of the hand brake lever and transmission shifter were better suited to a driver seated on the left, and there wasn't a lot of room for the driver's left foot in the footwell. All small but potentially annoying things.

The Grand Voyager was offered in three levels, the entry SE, and mid- range LX and the Limited. All were well equipped with lots of standard features, like dual-zone air conditioning, cruise, power windows and mirrors, remote central locking, and CD sound.

The Grand Voyager is generally sound with no major concerns with the engine, gearbox, or chassis. It's the small things that tend to bring it undone, the things that suggest the build quality isn't as good as it should be.

While the Grand Voyager was designed in the US it was built in Austria, but the shift to Europe doesn't seem to have made much difference to the quality of the car coming off the assembly line. Owners tend to complain about things like the interior fittings falling off and breaking. They're the sorts of issues that annoy owners. Apart from that, look for oil leaks around the engine and auto transmission, the water pump can be troublesome, and the Voyager is heavy on brakes.

While the Grand Voyager had a relatively large engine for the class, with good power and torque, it was still weighed down by its bulk and the performance could best be described as lacklustre. Its bulk was always evident on the road; the driver needed to be constantly alert to its size to make sure they stuck in their lane and didn't cut corners. But despite its bulk it did ride and handle well, something not all peoplemovers could claim. Convenience was a plus with sliding doors on both sides, although parents needed to be conscious of traffic when exiting through the door on the driver's side.

The Grand Voyager boasted standard ABS anti-skid brakes and dual front airbags from launch; later models had front side and curtain airbags. The Voyager didn't perform terribly well in European crash tests and only rated two stars by NCAP, however that was a variant with a drivetrain not available here in Australia.

A big vehicle with a big engine; it's not the ideal recipe for fuel economy. Be prepared to spend big at the pump with an average of 14-15 L/100km around town.

THE BOTTOM LINE: A versatile, big vehicle able to transport seven adults in comfort and style. 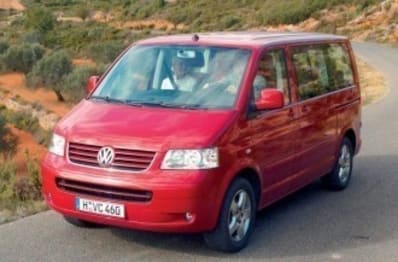 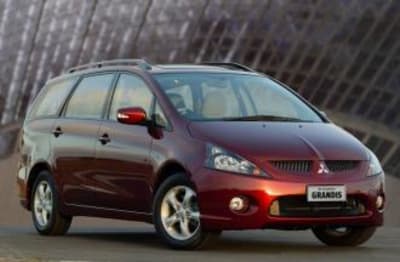 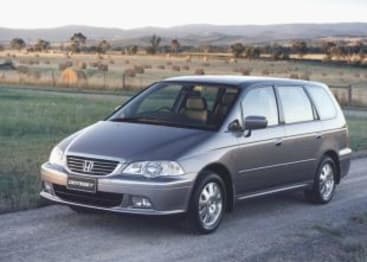 Chrysler Grand Voyager cars for sale
View cars for sale
Disclaimer: The pricing information shown in the editorial content (Review Prices) is to be used as a guide only and is based on information provided to Carsguide Autotrader Media Solutions Pty Ltd (Carsguide) both by third party sources and the car manufacturer at the time of publication. The Review Prices were correct at the time of publication.  Carsguide does not warrant or represent that the information is accurate, reliable, complete, current or suitable for any particular purpose. You should not use or rely upon this information without conducting an independent assessment and valuation of the vehicle.