M spells 'magic'where BMWs are concerned, particularly when it’s accompanied by the number ‘5’. In the case of BMW ‘M’ is the universally recognised symbol for the company’s ‘M Sport’ special tuning arm, which takes ordinary BMWs and transforms them into some of the greatest sporting models yet seen.

It began in the 1970s with the M1 sports coupe, but gathered pace in the 1980s with the release of the first M3 and its bigger brother, the M5.

The E34 M5 was the first of the line that continues with today’s awesome model. While the current M5 is well out of reach of most of us the earlier models like the E34 are also awesome sports sedans and much more affordable.

The M5 first appeared in local showrooms in 1990 when we were given a taste of sophisticated sports motoring in the form of the E34 model. That first model ran for barely three years before it left the market, to return in 1999 in the later E39 guise.

The E34 5-Series was a great car to begin with which makes it a perfect foundation for the M5.

The great thing about the M5 is that it’s barely recognisable as anything other than a regular 5-Series. The external changes are subtle so only the informed would pick it as something special.

There is a subtle front airdam and side skirts, but no wild wing on the boot. The alloy wheels are larger than those on the regular 5-Series and there’s an M5 badge on the grille, but that’s about it.

At the M5’s heart is the wonderful BMW six-cylinder engine. At 3.5 litres the 24-valve double overhead camshaft six is silky smooth and the extra tuning by BMW Motorsport makes it sing even sweeter.

The power peaks at 232 kW at 6900 revs while the torque peaks with 360 Nm at 4750 revs. It’s red-lined at 7000 revs, with an electronic limiter set at 7200 revs to keep the most enthusiastic drivers in check when the engine feels as though it could happily rev on forever.

When pressed that’s sufficient to propel the four-door flyer to 100 km/h in 6.7 seconds, and cover the standing 400-metre sprint in 15 seconds, before hitting an electronic wall at 250 km/h.

The real strength of the M5 is its ability to cruise at very high speeds over long distances, it’s really built to burn on the ’bahns of its homeland.

Under the understated skin lay MacPherson Strut front suspension and semi-trailing arm independent rear suspension, tweaked of course by BMW Motorsport to produce response and balance that is nothing less than awe inspiring.

There are few flaws with the M5. The engine is bullet-proof, but needs proper servicing, even more so if it’s been driven hard.

The reality is that most of these cars are bought by people who rarely push them to the limit of their extreme capabilities so most are kept in good condition.

The most common problem is the gearbox, in which second gear synchro is a weakness, so check carefully for any reluctance when trying to select second.

On such a high performance car it’s important to use good tyres and brakes and they will be expensive, so be prepared to spend some money on maintaining the performance.

Recent surveys of cars in crashes suggest the E34 BMW is average in both protection of its occupants and its impact on those in cars it hits.

In its favour the M5 has the steering, handling and braking prowess to avoid collisions, but without airbags its secondary line of protection is a little lacking by today’s standards.

Simon Ansell has owned plenty of exotic performance cars, like an Audi Quattro, Lancia Delta Integrale, BMW M3, and a couple of Golf GTis, and says his M5 is one of the most fantastic cars he’s owned. He has restored it to as new condition as the previous owner lived in the country so it got a bit stone chipped. It has had a new gearbox, but other than that big job it has had a relatively trouble free run. One of the things he likes about it is that only motoring people know what it is and it is still so quick for a car of its size. The engine is an absolute gem and sounds sensational when run to the red line.

One of the best sports sedans ever made if you can afford it. 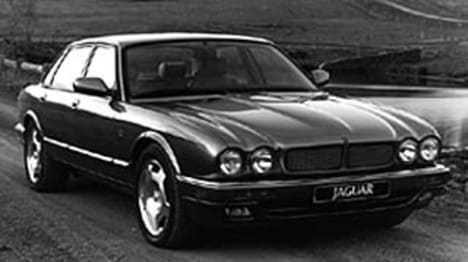