The reality of life is that few of us have the bucks to buy the luxury 'Benz, BMW or Jaguar we might aspire to own, they're simply too expensive for the regular Joe in the street. But step back in time to an older model and owning a once unattainable car from one of these great companies can be a real possibility.

One such car in question is the BMW 535i that was released in the late 1980s and remained on sale until 1993.  In the days before the arrival of the 'M' Series the 535i was the performance king in the Bavarian carmakers local range.

Today it's largely been lost in the crowd with the vast number of sporty BMWs that have since been released, but a chance encounter recently with an acquaintance who had bought one for a couple of grand was a reminder of what can be bought with a very limited budget.

The 535i was the top model in the E34 5-Series range that arrived here in 1988.  Minus the edgy look that overtook later models from BMW the E34 was a classically elegant four-door sedan that boasted beautifully clean lines and balanced proportions.

It was a great looker when it was new, and that it remains a good looking car today when there are still many on the road is a testament to the appeal of its styling. It's hard to imagine that more than 20 years have passed since it was launched.

The E34 platform was highly regarded with independent suspension back and front, responsive power steering and powerful four-wheel disc brakes.  Up front it had a 3.5-litre fuel-injected single overhead camshaft six-cylinder engine boasting 155 kW at 5700 revs and 3.5 Nm at 4000 revs.

An Executive model was available with alloy wheels, cruise and a power sunroof.  There was also a 535is model available with power mirrors, a limited- slip diff and traction control.

BMW service specialist John Heckrath of Heckrath Engineering Services reckons the 535i is a great car, to own and to drive.  The engine is very strong and gives little trouble; the only word of warning he gives is that they can give cylinder head trouble if they get hot.

The main reason they might get hot is a failure of the plastic reservoir in the radiator, which was a common failure with this model 5-Series.  If the temp gauge climbs off the scale don't be tempted to keep driving it, disaster awaits if you ignore the telltale sign of trouble.

Brakes can be expensive to replace if that's needed to make a car roadworthy; expect a bill of $1000 for a full brake rebuild with new rotors.  Suspension bushes, particularly the front caster bar bushes, do wear so listen for a knocking noise under brakes, but the caster bar isn't expensive so isn't a huge concern.

Electrics can be an issue; things like power windows and the heater control are known weaknesses. Check the operation of all systems to identify anything that isn't working and might need repairing.  The body stands up well, and doesn't rust, and the paint doesn't fade to any degree.

Inside the trim also stands the test of time well and the dash isn't prone to cracking, but some minor trim parts do eventually come unglued and the foam in the headlining can crumble in time.  But a car with 200,000-plus kilometres already will keep going long into the future if well maintained.

Settle into the driver's seat of the 535i and you immediately feel at home, the controls readily fall to hand and the dials tell you all you need to know without any of the superfluous information you get on later cars.

Start the silky smooth six and hit the road and you are quickly transported back to an age when the engine was the true heart of the car.  While sporty in character with plenty of good old grunt, the 535i is really a high-speed cruiser and at home on the open highway.

The straight-six engine revs smoothly and sweetly with great mid- range response to make overtaking a breeze.  When required it would race to 100 km/h in 9.5 secs and cover the standing 400-metre dash in 16.5 secs.

It also handles with aplomb, even though it's quite a big car. The steering response is quick and accurate, the handling nicely balanced and predictable, while the ride is firm but comfortable.

The 535i was born before the widespread adoption of airbags, but it is a fundamentally sound motorcar with a solid body and a well- balanced, responsive chassis that gives the driver every chance of avoiding a crunch.  If it lacks the passive safety of airbags the 535i does have the important active safety delivered by ABS antilock braking.

Ask anyone about the 535i and you're likely to be told that it's a gas-guzzler. That is its reputation and it is a well-earned one at that.  The 535i shouldn't be bought if you're concerned about fuel consumption; this is a high performance car and it will use quite a lot of fuel.

A road test at the time of the launch had it returning 11.9 L/100 km, which isn't too bad, but that can quickly blow out to 14 L/100 km or more if that taps are regularly opened with enthusiasm.

An oldie but a goodie. Buy right and you will thoroughly enjoy the thrill of driving one of the greats from a bygone era. 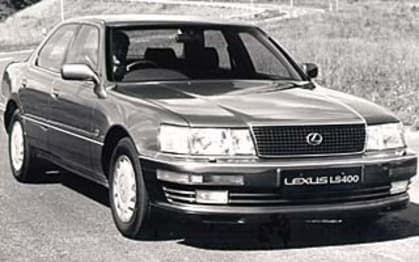 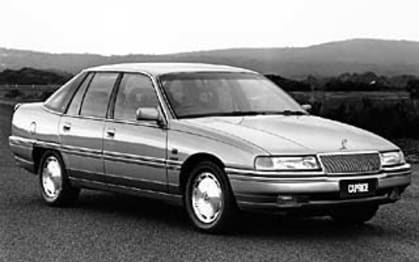 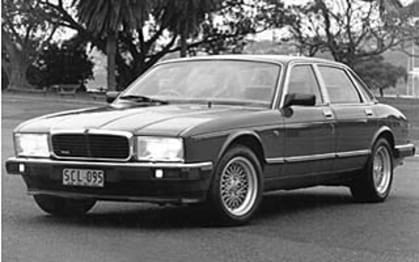 Audi A7 Audi A5 Mercedes-Benz C-Class BMW X3
Disclaimer: The pricing information shown in the editorial content (Review Prices) is to be used as a guide only and is based on information provided to Carsguide Autotrader Media Solutions Pty Ltd (Carsguide) both by third party sources and the car manufacturer at the time of publication. The Review Prices were correct at the time of publication.  Carsguide does not warrant or represent that the information is accurate, reliable, complete, current or suitable for any particular purpose. You should not use or rely upon this information without conducting an independent assessment and valuation of the vehicle.