If imitation is the sincerest form of flattery, BMW should be feeling pretty pleased with its 3-Series. In the last 20 years or so many companies trying to get a slice of the affordable prestige market have copied it.

There’s no doubt that the 3-Series has been one of the outstanding performers of the last 20 years or more. It has proved to be the favoured way of moving into the European world of prestige motoring for many Australians, and still holds its own in a market filled to overflowing with clones.

Over the years the 3-Series range has been expanded, and now includes a model to suit everyone, from the Compact hatch, the ubiquitous 318 sedan, to the smooth six-cylinder sedans and coupes, the sizzling hot M3 sports sedan, and the slinky convertibles.

BMW were one of the first to bring a convertible to the Australian market, starting with the pretty cabriolets and convertibles of the E30 model in the 1980s. They have maintained a drop-top in their range, and the 328i and the models that have followed have become the benchmarks for soft top motoring.

Convertibles haven’t always been popular in Australia; a country where the blazing sun can fry exposed skin in minutes in summer. It seems odd really, but Australia was considered too hot to enjoy the thrill of open top motoring, while Europe was regarded as the perfect environment for a convertible.

That thinking is outdated. Old time convertibles, while perfect on a mild spring day, were inconvenient and uncomfortable, just ask anyone who was stuck in a sudden downpour trying to erect the roof.

Today’s convertibles, epitomised by the BMW E36, are everything the old ones weren’t. The most important development has been in the roof function, which can be raised and lowered in a matter of seconds, without even leaving the driver’s seat.

There’s no chance of being caught in a sudden shower, and what’s more, once the roof is in place it’s sealed so it won’t let the rain in like old ones would. It’s also well lined so it’s quiet and snug inside.

A modern convertible is like having a sedan when the roof is up, and a sporty car when it’s lowered. A great compromise for those who appreciate a car that can crossover the boundaries that separate family transport and sports motoring.

The E36 328i convertible arrived in 1995, an update of the previous 325i model. It used the slinky lines of the 3-Series coupe, with a well developed soft top that attached to the windscreen header with a clasp operated by a single grip, and folded away out of sight behind the rear seat.

To raise or lower it you simply had to be stationary, twist the clasp and push the roof away from the windscreen header, and flick a switch on the centre console. It was simple, and it all happened in a few seconds.

The 328i is built on the same agile platform as the rest of the E36 3-Series. With independent suspension all round, four-wheel discs, ABS and traction control, it is armed for action.

Add to that one of the sweetest six cylinder engines ever built and you’ve got a potent performance package. In the case of the 328i, the engine has a capacity of 2.8 litres; it’s a straight six, with double overhead camshafts, fuel injection, and VANOS variable valve timing that made it a powerful performer right through the rev range. Peak power was 142 kW at 5300 revs, while peak torque was 280 Nm.

Transmission choices were sporty five-speed manual with a nice shift, and a smooth five-speed auto.

As would be expected of a car this expensive the 328i convertible came well equipped. Alloy wheels, air-conditioning, cruise, remote central locking and alarm, leather steering wheel and trim, power mirrors and windows, and radio/cassette sound came standard.

The 328i convertible suffers few problems. Overall the 3-Series is a tight, well built car that stands up well over the long term.

Nothing much goes wrong with the six cylinder engine; it’s as sweet an engine as you will ever drive, with a neat note and plenty of punch.

It’s important with convertibles to check the operation of the roof, to make sure it goes up and down smoothly. Check also the condition of the roof fabric, looking particularly for frayed areas, split stitching, and damaged seals, which can occur with regular use over the long term.

Check the rear window for fogging or discolouration, which might mean a replacement is in order.

Inside, check for signs the car has been left out in the rain with the roof down. It does happen. An owner might have cruised to lunch, and left the roof down while dining, only to be caught out by a sudden shower.

Look for water stains in trim and carpets, perhaps even lift carpets to check underneath.

Convertible roofs are expensive to replace, and can be difficult to adjust, so it’s important to make sure the roof on the car you want to buy is in good shape. The roof on a car that has been regularly garaged will last longer than one that has been left outside in the elements.

Like all cars check for a service record, one preferably from a BMW dealer or an acknowledged BMW expert.

Paul Sabine of Brooklands Motors has a low kay 1996 328i auto convertible for sale at $46,990. It’s a one owner car, black with tan leather trim, and 44,000 km on the odometer. It drives smoothly, is tight as a drum, with just a few stone chips on the grille and bonnet. The roof needs a minor adjustment where it catches on the rear cover while being raised.

• proof of regular service by specialist

• easy to use power roof 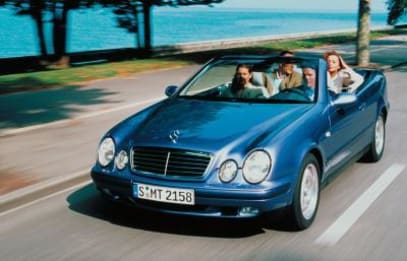 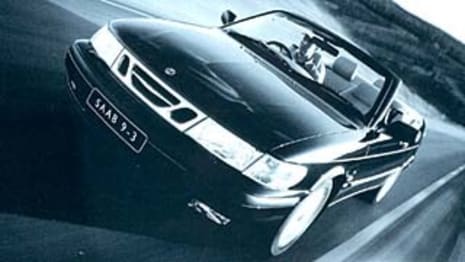 BMW 2 Series Audi A3 Mazda 6 Audi A5
Disclaimer: The pricing information shown in the editorial content (Review Prices) is to be used as a guide only and is based on information provided to Carsguide Autotrader Media Solutions Pty Ltd (Carsguide) both by third party sources and the car manufacturer at the time of publication. The Review Prices were correct at the time of publication.  Carsguide does not warrant or represent that the information is accurate, reliable, complete, current or suitable for any particular purpose. You should not use or rely upon this information without conducting an independent assessment and valuation of the vehicle.