For a blend of performance, handling precision, comfort and refinement it’s hard to go past any of the BMWs of the last 20 years, and of course there’s the prestige that comes with the blue and white spinner badge. In many ways BMW has become the benchmark for the car industry. The Bavarian company’s cars have been pace setters since the mid-1980s, particularly since the beaut E30 3-Series and the equally brilliant larger E34 5-Series were launched.

They were great driving cars that put the fun back into motoring, cars that were enjoyable to drive, safe and refined, the sort that made you want to get behind the wheel.

Today there are plenty of other models from rival car makers that challenge the BMW stars, but few have managed to fully capture the thrill of driving that is part and parcel of the cars from Bavaria.

The E36 3-Series launched in 1991 saw a natural progression of the E30. It was bigger and more refined, but built on the things that make BMWs so appealing.

Today the E36 represents an affordable ticket into the BMW driving experience, an attractive car for the young and young at heart. It equally appeals to older drivers wanting to downsize from a larger family four-door.

By the time the E36 3-Series appeared in local showrooms it was already coming under attack from other car makers who had been busy preparing their own versions of the smallest Beemer.

The success of the 3-Series, particularly the E30, wasn’t lost on BMW’s rivals. Its blend of performance, handling and beaut styling in a compact sedan was attracting more and more buyers who didn’t need the size of a Falcon or Commodore, but appreciated the prestige of driving a Euro badge.

The 3-Series was, still is, BMW’s biggest seller here. It was in no small part responsible for the German brand’s rise to pre-eminence as the leading Euro importer in the mid-1990s.

The E36 318i is a conventional booted four-door sedan. Inside there was accommodation for five, but it really was a little squeezy if you tried to fit five into a space that was more comfortable for four. Still, if you wanted to fit three across the rear bench the unfortunate soul who got the middle slot had the safety of a lap and sash belt.

Front seats were comfortable buckets trimmed in durable cloth. There wasn’t any adjustment of the steering column, but the driver had the protection of an airbag from 1993.

Power was modest. There was a new 1.8-litre fuel-injected four cylinder engine, the M43, but it was still a two-valver and BMW chose to concentrate on refinement and fuel efficiency rather than chase performance, hence the power gains over the previous four were relatively small.

With variable length inlets the power flow of the BMW four was smooth and uninterrupted. So smooth was the delivery that it felt flat to some.

There’s no denying it, the numbers were modest and that resulted in modest performance with the 0-100 km/h sprint requiring 11.3 secs and the 400 metre dash taking a fairly leisurely 17.9s. Fuel consumption, however, was well under nine L/100km on average.

Gearbox choices were a five-speed manual that had a delightfully slick shift, or a smooth four-speed auto, which was the choice of most buyers.

Despite the modest numbers the thrill of driving the BMW on the open road wasn’t dulled. It was always beautifully poised, fluid and well planted, which was both reassuring and challenging.

Front suspension was MacPherson strut, the rear multilink independent, with anti-roll bars at both ends.

Brakes were a combination of ventilated front discs with solid rears, with the safety of standard ABS from early 1992.

Steering was power-assisted rack and pinion that was well weighted and helped point the 318i so precisely.

Alloy wheels were optional, steel wheels came standard and they had full wheel covers, but that hardly made up for the lack of alloys.

The 318i Limited arrived in 1996 with alloy wheels, wood trim and six speaker sound. An Executive model replaced it in June 1997 to keep the E36 going in the final months before it was replaced by the E46 in Aug ’98. In addition to the standard features of the regular 318i it also boasted leather trim and remote central locking.

The 3-Series is generally robust and reliable providing it’s serviced, which includes regular changes of coolant. Failing to change the coolant can lead to problems with corrosion in the engine and cooling system ancillaries.

Check for a verifiable service record, preferably by a BMW dealer or recognised BMW specialist and walk away from any car that doesn’t have one.

Engines, transmissions and drive lines are all reliable and give little trouble in the long term if looked after.

Like all Euros brake wear is an issue, witness the build up of brake dust on the front wheels of most of them, so be prepared to replace not only pads on a regular basis, but disc rotors as well.

Quality of interior trim components is quite high and they generally stand up well in our hot sun.

Likewise the paint, even the metallics, withstands the onslaught of the sun well, and there’s little evidence of fading. Look instead for signs of accident damage and small dings caused by careless drivers.

Dealer servicing is expensive, as are the factory parts, so look for a BMW specialist and you’ll save plenty.

Dave Odorisio has owned his 318i for eight years. It has now travelled 135,000 km and still gives great fuel economy. He says the comfort and feel of road control make it too good to sell. Although he says the 318i lacks in performance Dave has fitted larger wheels and upgraded the suspension, which has made up for the lack of grunt.

MG enthusiast Michael Tait bought his BMW 318i auto in 1998 with 32,000 km on the odometer. He says it’s a comfortable city and touring car, although its performance can be best described as leisurely. It has now covered 150,000 reliable kilometres, and in that time four tyres, a radiator and water pump have been replaced in addition to normal service items.

• refined, quiet and comfortable, a joy on long trips

• reliable and robust over long term 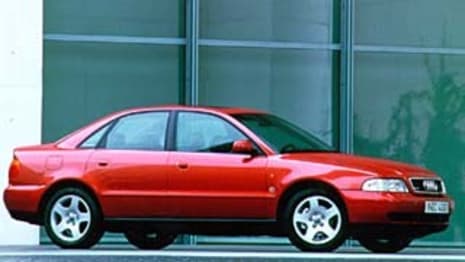 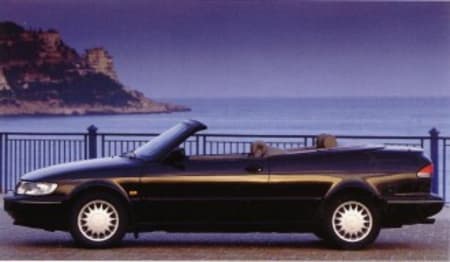 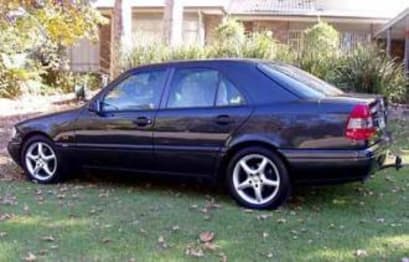 BMW 2 Series Audi A3 Audi A5 Audi A4
Disclaimer: The pricing information shown in the editorial content (Review Prices) is to be used as a guide only and is based on information provided to Carsguide Autotrader Media Solutions Pty Ltd (Carsguide) both by third party sources and the car manufacturer at the time of publication. The Review Prices were correct at the time of publication.  Carsguide does not warrant or represent that the information is accurate, reliable, complete, current or suitable for any particular purpose. You should not use or rely upon this information without conducting an independent assessment and valuation of the vehicle.