Think German car makers and you’ll most likely think of ’Benz and BMW, and possibly also VW, but you may not think of Audi. Despite a glorious history of engineering excellence and sporting achievement, the four ringed badge of Audi barely gets any attention here.

Audi has been sold here on and off for many years, but those early models are now largely recognisable for the large rust holes appearing in the bodywork, and the copious clouds of smoke belching from their exhausts. You notice them for all the wrong reasons.

That changed a little when the brand made a new start under the stewardship of Inchcape.

The 80 was a decent enough car, nothing remarkable, but good enough to win a small following of those who wanted German engineering, but didn’t want to follow the pack into the ’Benz or BeeM fold.

It was the 80’s replacement, the A4 that really began to build Audi’s reputation here. It was the first of the new generation of Audis, a competitor for the BMW 3-Series and Mercedes C-Class that could be taken seriously.

Simply changing the name was enough to signal the company was making a new start.

The A4 was essentially the same size as the 80 it followed, but it was based on an all-new platform with a longer wheelbase and wider track. The overall length was the same, it was actually one millimetre shorter, but it was significantly wider than its predecessor.

The A4’s weight was cut by 45 kg, not by the use of aluminium body panels, which was being pioneered on the large A8, but by the extensive use of plastics in non load bearing locations.

Aluminium was employed in the A4’s compact four-link front suspension, brought over from the A8.

Unlike most other front-wheel drive cars the engine was located longitudinally in the chassis, but that was because it suited the use of four-wheel drive.

Braking the A4 was easy with discs at each corner, assisted by standard ABS, and electronic brake force distribution.

Inside, the A4 had quality plastics and trim, along with a long list of standard features, including dual airbags, auto air-con, remote central locking, power windows, and super sound.

Chris Lake services many A4s in his Auto Deutsche workshop, and says the A4 has no major problems with its body/engine combinations.

He says the timing belt replacement is due at 90,000 km intervals, and is a major repair best done by removing the front of the car completely.

Rebuilding the auto transmission is also a very expensive exercise, starting at $4000 and climbing from there.

The A4 generally stands up to high mileage quite well, but it’s important to find one with a verifiable service record from an acknowledged specialist. It’s particularly important that the engine oil has been changed regularly, as the sludge build up as a result of missed servicing can be terminal.

In overall quality terms, Lake rates the A4 behind the C-Class Benz and the E36 BMW, its main rivals.

Peter Colaci’s 1995 A4 2.6 has done 140,000 km, and he says it drives beautifully. He bought it because of its build quality, safety, and styling. In the 18 months he’s owned it he has had to replace the thermostat, otherwise it’s been trouble free.

Good performance and handling, with build quality expected of German car, but held back by relatively poor resale. 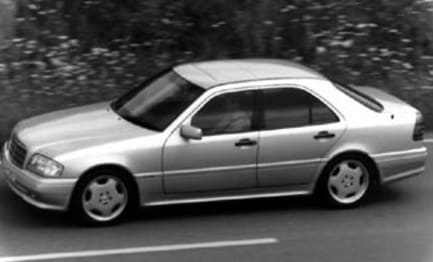 See 1995 Audi A4 pricing & specs >
Have you considered?
Check out more Sedans

Audi Q3 BMW 3 Series Audi Q5 Skoda Octavia
Disclaimer: The pricing information shown in the editorial content (Review Prices) is to be used as a guide only and is based on information provided to Carsguide Autotrader Media Solutions Pty Ltd (Carsguide) both by third party sources and the car manufacturer at the time of publication. The Review Prices were correct at the time of publication.  Carsguide does not warrant or represent that the information is accurate, reliable, complete, current or suitable for any particular purpose. You should not use or rely upon this information without conducting an independent assessment and valuation of the vehicle.