There was no question; it was quiet, smooth and comfortable.
Graham Smith
Contributing Journalist
Herald Sun
10 May 2012 • 4 min read

The Prado was introduced as a smaller Landcruiser and carried the 'cruiser tag for good reason. The big 'cruiser had won a reputation for being unbeatable around the Aussie bush, but along the way had grown too large for town folks who still hankered a tough and reliable wagon, so the smaller Prado was dropped in to fill the void.

The Prado 120 was a conventional four-wheel drive wagon built on a separate chassis with independent front suspension combined with a live rear axle.

As a result it was fairly wooden to drive and lacked the sharpness of some of its rivals. That's also partly due to Toyota adopting a rather soft suspension that put comfort and wheel travel before driving dynamics. The Prado's steering wasn't very accurate or responsive either, so when combined with the soft suspension it became rather vague on the road.

If the driving experience was less than thrilling there was nothing to complain about when it came to the Toyota's refinement or comfort. There was no question; it was quiet, smooth and comfortable.

There was a choice of manual and auto transmissions, and it came with Toyota's capable part-time four-wheel drive system with a useful low- range when hitting the bush.

Toyota prides itself on building solid, sound cars that prove durable and reliable in the hands of their owners, and for the most part that's well justified. But no car is immune from problems, even Toyotas.

While the Landcruiser Prado is generally a tough operator it has had a few issues potential owners need to be aware of and consider when weighing up a potential purchase.

Cracking dashes were widely reported by owners who bought the 120 early on, and continue to surface. The cracks develop on the passenger side of the dash fascia, around the passenger's airbag, and spread across the dash. Toyota has assured us that they don't affect the operation of the passenger's airbag, but they do look ugly, and no doubt affect the resale value of the car. Toyota is considering any claim it receives from owners, and generally pays part of the cost of repairing the dash.

We have also had reports of cracking rear doors, so it's important to inspect the rear door area closely. We're told the door skin splits down the hinged side, probably due to the weight of the door and the spare wheel that's mounted on it. Again, Toyota is paying at least part of the cost of replacing the cracked doors, but we have heard of one case of the replacement door cracking as well, so it appears to be a continuing issue.

We recently reported a potentially serious issue affecting the 3.0-litre turbo-diesel engine in the Hilux. Well, the same engine is used in the Prado and it is also likely to be affected. The problem begins as leaking fuel-injector seals and if not detected ends in a seized engine, a total write-off with the cost of a replacement engine about $15,000.

Toyota has recalled diesel Prados in Europe and the kiwis are replacing the seals every 45,000 km. It would be worth having the oil pickup in diesel engines inspected before purchase, which can be done by inserting a probe through the oil drain plug.

If it has a build-up of carbon on the pickup the engine is suspect, if there is no carbon the engine is most likely in the clear. Owners of V6 Prados often complain about the fuel consumption of their vehicles. Toyota claimed an official figure of 13.6 L/100 km, but we have had reports from owners of up to 18 L/100 km.

A blend of civilised on-road manners and solid off-road performance makes the Prado an attractive proposition, but check for cracked dashes, split rear doors and carbon on oil pickup. 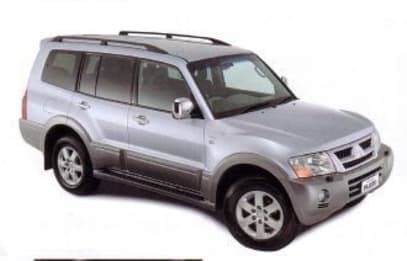 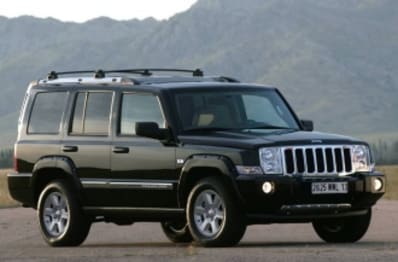 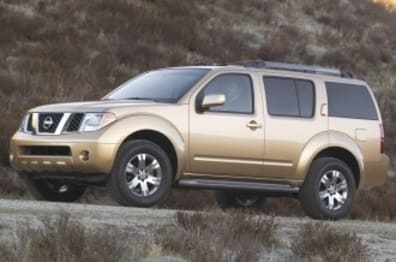 Lowest price, based on 119 car listings in the last 6 months

Toyota Fortuner Mitsubishi Pajero Toyota Kluger Mitsubishi Pajero Sport
Disclaimer: The pricing information shown in the editorial content (Review Prices) is to be used as a guide only and is based on information provided to Carsguide Autotrader Media Solutions Pty Ltd (Carsguide) both by third party sources and the car manufacturer at the time of publication. The Review Prices were correct at the time of publication.  Carsguide does not warrant or represent that the information is accurate, reliable, complete, current or suitable for any particular purpose. You should not use or rely upon this information without conducting an independent assessment and valuation of the vehicle.