EXPERT RATING
8
A reputation for build quality and reliability keeps the Kluger at the soft-roader summit New As the long-reigning king of the off-roaders with its LandCruiser, it was only natural that Toyota should also be a leader when the new breed of soft-roaders hit the market. Even if portrayed as vehicles for all climes and

As the long-reigning king of the off-roaders with its LandCruiser, it was only natural that Toyota should also be a leader when the new breed of soft-roaders hit the market.

Even if portrayed as vehicles for all climes and conditions, they were mostly just family wagons with the look of a rough, tough off-roader.

The Kluger was Toyota's pitch to families, a big wagon that carried five or seven, had five-star safety and came with front or all-wheel drive.

The range started with the KX-R, escalating via the KX-S to the Grande. The base model had five and seven-seat versions, the KX-S and Grande were seven-seaters and each had FWD and AWD options.

On the road the Kluger was more about comfort than performance and did the job of family cruiser rather admirably.

In no way could they be regarded as sports wagons but there was plenty of get up and go from the common 3.5-litre V6 (201kW/337Nm). The sole transmission, a five-speed auto, said a lot about Toyota's positioning of the Kluger.

If there was any doubt about Toyota aiming the Kluger at townies with a tribe, it was erased by the front-drive models. This clever piece of marketing recognised a fair number of Kluger buyers weren't interested in the complexity or cost of AWD, or going far off the bitumen.

On the road the Kluger was more about comfort than performance and did the job of family cruiser rather admirably.

Its five-star crash test rating showed it had as much safety gear as you could have at the time. As well as seven airbags, it had electronic stability control.

Toyota has a well-earned reputation for build quality and reliability, which has endeared generations of Australians and continues to do so.

Compared to the woes afflicting many other brands, Toyota has had very few issues that should cause prospective buyers any concern about used examples.

Listen to Kluger owners, read their feedback and they couldn't be happier with the big wagon.

Most Klugers are used purely as family transporters; few are taken off-road other than the odd trip down an unsealed track.

Virtually all say they have had no trouble with their cars, and all are happy with the Kluger's ability to accommodate and transport their families in comfort and safety.

If there is a downside with the Kluger, it's the thirst. It's a big vehicle with claimed average consumption of 11.0L/100km but most accept that for the benefits it brings to family motoring. Without a diesel engine option, there's not much you can do about it other than use a soft pedal.

Most Klugers are used purely as family transporters; few are taken off-road other than the odd trip down an unsealed track.

It's important with any Kluger you might be thinking of buying to look for signs of off-road use. It's best to walk away from any example that shows such signs as there are plenty to choose from that haven't been driven in the bush.

Make sure your chosen car has been well serviced by checking its service book. If it appears to have been neglected in any respect, walk away. 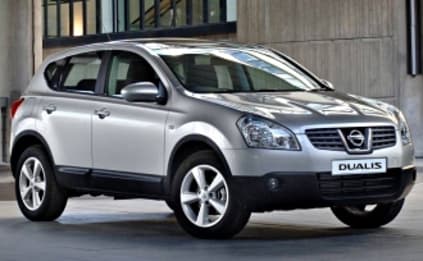 Toyota Land Cruiser Prado Toyota RAV4 Toyota Fortuner Mazda CX-9
Disclaimer: The pricing information shown in the editorial content (Review Prices) is to be used as a guide only and is based on information provided to Carsguide Autotrader Media Solutions Pty Ltd (Carsguide) both by third party sources and the car manufacturer at the time of publication. The Review Prices were correct at the time of publication.  Carsguide does not warrant or represent that the information is accurate, reliable, complete, current or suitable for any particular purpose. You should not use or rely upon this information without conducting an independent assessment and valuation of the vehicle.