The arrival of the Toyota Hilux at the top of the sales chart a couple of years ago showed that Australians were looking for an all-  round vehicle that could perform a number of roles. In its high-end dual-cab configuration it could be a family car, but at the same time it could haul a tradie's trailer, tow the caravan around the country on the trip of a lifetime, or simply look cool cruising to the beach.

The humble ute is no longer just a working class vehicle. Toyota covered all bases by offering a wide range of body styles in two and four-wheel configurations, and the choice of petrol or turbo-  diesel engines. The 2005 Hilux had more cabin space, bigger payloads, better performance and economy, and improved safety, comfort and equipment.

Underneath lay a conventional ladder chassis with coil spring front suspension and semi-elliptic leaf spring rear suspension. Steering was by power-assisted rack-and-pinion and brakes were a combination of front discs and rear drums, with ABS available on the SR5.

At the working class end of the range the Workmate had an updated 2.7-  litre four-cylinder petrol engine, but the heroes of the line-up had new V6 and turbo-diesel engines. The new 4.0-litre V6 petrol engine put out an imp ressive 175 kW and 376 Nm, which gave it all the punch you could possibly want on the road.

The stunning performance did come at a cost, however, as the big V6 sucked unleaded like there was no tomorrow. The answer to the pump blues was the turbo-diesel, which boasted impressive performance with 120 kW and 343 Nm, while delivering much better fuel economy.

Both the V6 and the turbo-diesel could be coupled with manual or automatic transmissions, and both were available with rear two-wheel drive or four-wheel drive.

Now Toyota has always boasted that the Hilux is unbreakable, but perhaps it's not as unbreakable as they've led us to believe. A potentially very serious problem has come to light affecting the 1KD-FTV diesel engine used in the Hilux (and the Prado) relating to the fuel-injector seals.

The seals can leak letting blow-by gases enter the engine oil stream, which can turn the oil to carbon and eventually clog the oil pickup in the sump and in some cased starve the engine of oil. The worst case scenario is engine seizure. Such is the seriousness of the issue that Toyota has had a recall on Hiluxes in the UK, while in New Zealand the company has introduced a requirement to change the injector seals every 45,000 km, presumably to avoid the problem affecting engines in that country.

We have had a report of one total engine failure here at Carsguide, requiring a new engine, and two others where the engines were inspected and found to have carbon at least partly clogging the oil pickup. In these cases the engines were saved before they too seized.

The suggestion is that had they not been inspected and allowed to run on they too would have suffered a major engine meltdown. To date there has been no indication from Toyota here that they will instigate a similar recall campaign as their UK cousins have done. Owners of Hiluxes with the 1KD-FTV engine would be well advised to have their dealers inspect the oil pickup to check on carbon buildup and have it cleaned if carbon is found.

It's possible to inspect the oil pickup by inserting a probe through the oil drain plug without removing the sump. It would also be prudent to change the injector oil seals. In 2010 Toyota recalled 4WD models to check for a possible failure of the tailshaft support bracket.

Ensure any vehicle you're thinking of buying has been checked and cleared of this problem. With the potential to be used as a tradie's work hack or offroad it's important to thoroughly inspect any Hilux being considered for purchase. It's particularly important to check underneath any 4WD model for damage.

We've heard of CV joint seals splitting, so make these one of your checks. Check for regular servicing and, particularly in light of the potential issues with the diesel, check for evidence of regular oil changes.

Tough as nails, but be aware of potential for oil starvation problems with the diesel engine. It's a deal-breaker. 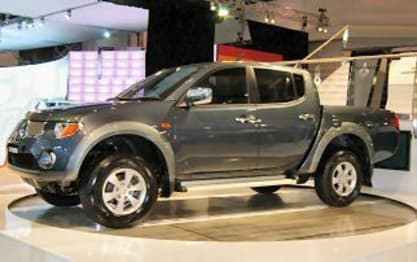 Ford Ranger Isuzu D-Max Nissan Navara Toyota Land Cruiser
Disclaimer: The pricing information shown in the editorial content (Review Prices) is to be used as a guide only and is based on information provided to Carsguide Autotrader Media Solutions Pty Ltd (Carsguide) both by third party sources and the car manufacturer at the time of publication. The Review Prices were correct at the time of publication.  Carsguide does not warrant or represent that the information is accurate, reliable, complete, current or suitable for any particular purpose. You should not use or rely upon this information without conducting an independent assessment and valuation of the vehicle.