Skoda is one of those brands that muddles along in the mid-size market, rarely having any impact.

It could be that we have long memories and recall the cars sold here in earlier times, cars that were poorly put together, had little or no manufacturer support and, well, were pretty ordinary devices from an Iron Curtain country.

While all of that was true then, it's not now when the company is owned by VW, the Czech factories they're produced in are owned and run by VW, and the cars are VWs under the skin. The re-born Czech brand returned to the market in 2007 after a long absence and promised VW motoring on a budget.

The mid-sized Octavia was one of the first models to be launched and remains the brand's main weapon with a large range of models, including hatchback and wagon body styles, a number of petrol and diesel engine options, and various transmissions.

It isn't particularly stylish, but in today's terms when all cars look alike, the Octavia could be said to stand out with its more traditional grille. Get past the looks and you find a practical, roomy and well-equipped car that does everything without fuss.

The Octavia is based on the VW Golf, which ensures it has a European feel about it. There's a wide choice of petrol and diesel engines, they're all VW units, and they all perform strongly while delivering decent fuel economy.

Backing them up is a range of manual and auto transmissions, including the much-maligned dual-clutch DSG auto. Inside, the Octavia is neatly laid-out with room enough for four adults in comfort, or five at a squeeze. Thick pillars can create blind spots for the driver, and the cabin noise level tends to be a little higher than you might expect for a car in this class.

With relatively slow sales you'll have to look long and hard to find the car you want, they're not plentiful like some other makes and models. It also means prices are more affordable if you're buying. If you're selling it means resale is affected.

Few complaints about Skodas have reached Carsguide, which is interesting given the huge amount of mail we get complaining about VWs. It could simply be a case that too few Skodas are out there to generate comment, or perhaps Skoda takes a different view to VW when dealing with complaints. Or it could be that Skoda owners are a contented lot.

Whatever it's important that any car is thoroughly checked, because there's no reason to think Skodas are immune from the problems that plague their VW cousins. Engines, the 1.8 TSI in particular, can give trouble. Many have had to be replaced quite early in life, so be wary and check service records carefully.

The other problem area is the DSG, which can be brilliant when working correctly, but it can equally be a nightmare when it's not, and there are plenty of examples of both.

Clutch packs, computers, wiring can all conspire to bring the DSG to a halt, so test drive DSG-equipped cars carefully. Things to be noted are shuddering, incorrect gear selection, hesitations, reluctance to select gears, going into neutral at inappropriate moments. In fact, be wary of anything that doesn't appear to be normal, they're expensive to fix.

Check service records for evidence of regular maintenance, make sure cam belts have been changed when needed, and watch brake wear. Note that Skoda recommends the use of Premium unleaded fuel.

Neat, practical mid-sizer, but is burdened by some of VWs flaws. 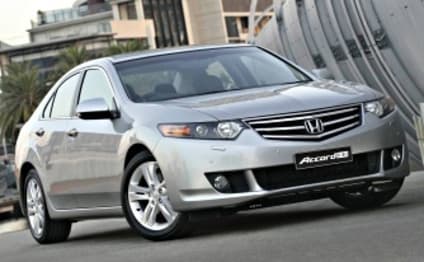