Peter Huntington is more than happy with his 2009 Renault Koleos 6-speed auto diesel. He says the gear changes are seamless, the ride and handling is superb, and it returns around 8L/100km around the city and even less on country trips. His only quibble is the cost of engine oil and filters, which he says are expensive.

Alan Sharp was looking for the flexibility of a wagon when he bought his two-wheel drive CVT Koleos in 2012 and he is happy with his decision. He says it is a pleasure to drive, is comfortable, has adequate performance, and there has been no problems to date. His only criticism is that it can be a tight squeeze with the rear seats occupied plus luggage.

Superb is the word Bruce Barber uses to describe his 2009 Dynamique 4WD with the petrol engine and CVT transmission. It is smooth, quiet, comfortable, and powerful. It has done 65,000km and has been trouble-free. Brake pads were replaced at 50,000 km, and the original tyres were replaced at 60,000.

Before his 2011 Koleos Expression CVT Bob Brown owned a Renault Scenic, which was unreliable and expensive to service. The Koleos, on the other hand, has done 90,000km and there have been no problem at all, and on top of that he's found the servicing costs to be much more reasonable. He adds that it's comfortable, has great storage, the folding seats allow great flexibility, and he gets 8.5L/100km.

Norm Hill has done 65,000 km in his two-wheel drive 2011 Dynamique with great pleasure. The 2.5-litre motor pulls well and he likes the CVT transmission. His average fuel consumption is 9.5L/100km from a mix of city and country driving. To date there have been no problems with it, the tyres were replaced at 52,000km, but it's still on the same set of brake linings. He also loves the vast array of features it has, particularly the very practical two-piece tailgate.

The Koleos was a product of the alliance between Renault and Nissan and made use of much of the all-wheel drive hardware available in the Nissan parts store.

It was based on the Nissan X-Trail and used the same all-mode 4x4 running gear from the X-Trail.

With its fresh, attractive looks there was little hint that the five-seater Koleos was a close corporate cousin of the conservative X-Trail.

Renault introduced the Koleos with two levels of trim, the entry level Dynamique and the better-equipped Privilege, with 4x4 and 4x2 petrol and diesel models. The two-wheel drive Expression was added to the range in 2010 when it became the entry-level model.

The petrol engine was a 2.5-litre four-cylinder unit producing 126kW at 6000 rpm and 226Nm at 4400 rpm, while the 2.0-litre turbo-diesel was available in two tune variants depending on whether you chose the manual or automatic transmission.

When linked to the manual gearbox it put out 127kW and 360Nm, but was detuned for the CVT auto and put out 110kW and 440Nm in that combination.

With the 4x4 system the Koleos could be driven in two-wheel drive mode, auto or four-wheel drive with the flick of a switch.

In auto mode, it ran in front-wheel drive until the system detected wheel slip when it would begin feeding drive to the rear wheels as well. The maximum torque split between front and rear wheels was set at 50 per cent.

The cabin was stylish and modern, and quite roomy, although tall occupants would find the rear a little cramped.

The fit and finish was generally of a good standard, and the materials used looked and felt of a decent quality.

As can be seen from the feedback we've had from Koleos owners they are more than happy with their cars.

None report any issues with them in the time they have been driving them, and they also report good mileage from brakes and tyres.

Fuel mileage is also on the money with the claimed figures issued by Renault, which should give prospective owners good confidence of what they too can expect to get.

No one has complained about the CVT transmission, or reported any problems with it, which should also give prospective owners some comfort in buying cars with this quirky transmission.

As always check for a service record. Regular maintenance is critical to a long and reliable motoring life, so make sure the car you're thinking of buying has seen the inside of a workshop on a regular basis.

Although the Koleos isn't a hardcore off-roader some owners could have taken them to the beach or down a bush track, and they're quite capable to doing that. Just make sure they haven't been beaten up in the process.

Take a look around the body for dings and dents, check the rear bumper to see if it has ever been ripped off, and get down and peer underneath for damage to the underbody and components under the vehicle.

Refined, comfortable, safe and reliable. There is a lot to like about the Koleos. 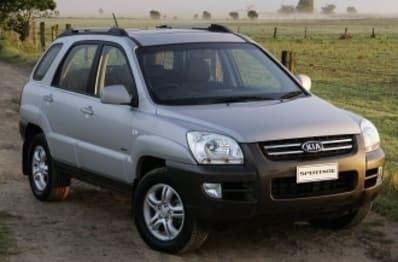