Peugeot has long been highly regarded in this country. They won respect for their worthy efforts in the early Round Australia Trials, which were regarded as a true test of a car in the early days.

In recent times they have had a more chequered time. At one time they were assembled here, but that was some years ago and they have been imported for many years now.

In those recent years the brand hasn’t always been well supported and it has lost some of the lustre it once had as a consequence.

Build quality has always been an issue with French cars and Peugeot has suffered from inconsistent quality, and it wasn’t always helped by a lack of support from dealers or importers.

While it replaced the 306 it was significantly larger than its predecessor. While the 306 was regarded as a small car, the 307 was a size larger, almost a mid-sized model.

But along with the extra size came an airy and roomy interior, which provided comfortable accommodation for four, or five at a pinch.

While French cars are usually renowned for their comfortable, absorbent ride, the 307 didn’t fit the mould.

Peugeots have always been regarded as having a supple suspension that has delivered a most comfortable ride, without having a negative effect on the handling, but the 307’s ride was more nervous and without the absorbency of other Peugeots.

On the road it showed a nice balance with good grip and communicative steering, and a solid braking feel. Overall it was a nice package.

The transmission choices were a five-speed manual, which had a rather imprecise shift, and a four-speed auto, which was quite a limiting factor when it came time to get up and go.

In auto form the 1.6-litre 307 was best described as lethargic. Even with the right foot buried deep in the carpet, and the air turned off, the acceleration could easily be measured using the progress of the sun.

In manual form it was a different story. With relatively short gearing the five-speed manual car got off the line quickly and with a good torque spread it was a nice easy car to drive.

The 2.0-litre was clearly quicker, and quite a nice little performer, while the turbo diesel delivered at the pump.

Initially the 307 came in hatchback form, but a wagon and a convertible were added to the range in 2003.

The XS 1.6 five-door was the mainstay of the range and came with a host of standard equipment including front and side airbags, ABS with brake force distribution, cloth trim, power windows, remote central locking, air-conditioning, immobilizer, and CD player. The XS could also be had with the diesel engine.

In addition there was XSE five-door, which had the 2.0-litre engine plus a leather-wrapped steering wheel and shift knob and five-stacker CD system.

Atop the range sat the XSi three-door that also had the 2.0-litre engine plus leather trim and 17-inch alloy wheels.

Build quality was inconsistent at first and there were a few problems as a result. The 307 seemed to be plagued by electrical gremlins that can be frustrating to sort out.

Some owners complain about the rate of brake wear that has them replacing pads and discs relatively frequently. There is also some complaint about the brake dust that builds up on wheels.

Seats tend to collapse at low kays when the cushion material breaks down.

Paint quality is also an issue so keep an eye pealed for blotchy marks and faded areas on exposed surfaces.

It seems that most owners rate the 307 quite highly when all goes well, but quickly become frustrated when problems develop.

It’s a good idea to find a dealer with experience working on Peugeots, as some dealers appear to struggle to diagnose and fix faults when they occur, while other dealers appear to be on top of things and fix problems quickly.

The 307 boasted an impressive array of airbags that provided a comprehensive package of protection when things turned nasty. All models had front airbags for the driver and passenger, plus front side airbags and front and rear curtain airbags.

Richard Powell has owned his 307 HDi for just over three years and has traveled 105,000 km in it. In that time the only real problem he’s had has been the replacement of two blinker assemblies, which was done under warranty and the plastic air, flow director underneath the car getting destroyed on country roads. It has proven very economical approaching 5.0 L/100 km on long trips and just over 6.0 L/100 km around town. It is very comfortable on long journeys and just seems to eat away the kilometres, but the suspension can bottom when loaded and going over rough roads. The car drives, brakes and handles well, all very predictable. It is not very quick off the mark, but once there can cruise at high speed all day and is not slowed down by hills.

Rohan Matthews has owned his 2003 307 HDi wagon for three years and it now has 90,000 km on the clock. He had problems with the gearbox, which was eventually traced to an incorrectly fitted bearing on the main shaft. He also had problems with the dashboard display, which kept failing, and the indicators, which have had to be replaced four times. The stereo head unit has been replaced four times and the latest is also faulty. The padding in the front seats is failing, even at the low kilometres. There has also been an issue with the spare wheel winch, which failed the second time it was used, and the paint quality is poor. Worst of all, he says, is the poor customer service he had received from Peugeot. Even though it is nice to drive he tells people to steer clear of Peugeot and buy a car that has the backing of a company who gives a damn.

In contrast David Cooper has had few problems with the 307 1.6 five-speed manual he owned for 2.5 years before trading up to the newer model. He says it was a great car that he enjoyed driving, made even better by changing the dreadful Dunlop tyres for Michelins at 30,000 km, which improved the whole feel of the car.

David Wryell has had his Peugeot 307 XSE for just over three years and feels it is a much better car than most media reports say. Big comfy seats that don't give him the niggling back ache that most of the Japanese cars he has owned did are unbeatable. The Peugeot doesn't float on the suspension like his last Volkswagen did and doesn't depreciate like a Renault. Dealer servicing has been very good, and combined with 7.0 L/100 km on the highway it is reasonably cheap to run.

Richard Campbell is in the depths of despair trying to sort out his daughter’s 307 XSE. It’s done just 25,000 km, and has been suffering from an intermittent electrical gremlin for two years that affects the starting. So far dealers and auto electricians have been unable to trace the problem, which is heard as a clicking noise under the bonnet without the starter engaging, or sometimes a long cranking period without the engine firing. His daughter loves the car on the rare occasion it performs and starts first time. One of the reasons she purchased the car was the safety feature of six airbags and the visibility, but she is now totally disillusioned with it.

• Check all electrical systems are working

Roomy and comfortable smallish car with good driving dynamics, but with questionable quality.

View all Peugeot 307 pricing and specifications 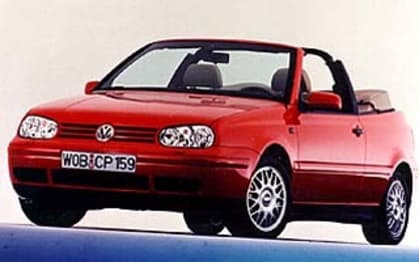 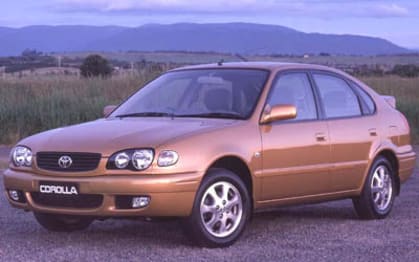 Peugeot 307 cars for sale
View cars for sale
Disclaimer: The pricing information shown in the editorial content (Review Prices) is to be used as a guide only and is based on information provided to Carsguide Autotrader Media Solutions Pty Ltd (Carsguide) both by third party sources and the car manufacturer at the time of publication. The Review Prices were correct at the time of publication.  Carsguide does not warrant or represent that the information is accurate, reliable, complete, current or suitable for any particular purpose. You should not use or rely upon this information without conducting an independent assessment and valuation of the vehicle.