Two distinctively different Mercedes-Benz A-Class models have been sold. The first generation, launched in 1997, was a radically new design aimed very much at being used in extremely crowded European cities. The second generation, introduced in May 2005 was slightly toned down in appearance, but still followed the same theme as the original.

Mercedes-Benz A-Class was temporarily discontinued in Australia midway through 2010 as the B-Class (a sort of stretched A-Class) was stealing many sales from it.

The third generation A-Class, sold downunder from the start of 2013, is far more conventional in its style than its ancestors. We won't cover it in this used-car feature as it's still relatively rare.

Interior space in the original A-Class is reasonably good provided those in the front are willing to move their seats forward to share legroom with those in the back. An extended-wheelbase version arrived in September 2001 and has superb legroom, indeed it can challenge full-size family cars for space back there.

The gen-two A-Class is longer, being almost the same length as the previous long-wheelbase versions. However, the interior was repackaged and some of the huge legroom in the back seat was given up to make for a much larger boot.

Headroom is good in both versions of the body, but less than you might expect because the floor has been raised to provide for a fuel-cell powertrain that never did reach reality.

Boot space is impressive for a car of this size and there are numerous permutations of seat folding and/or removal to further increase space. It's even possible to take out everything except the driver's seat to turn the A-class into a small van.

The second generation A-Class saw the introduction of a three-door hatch to complement the five-door that had been used since day one.  Mercedes-Benz A-class is safer than most cars of its age and class, both in handling and protection during a crash.

It attracted bad publicity in its earliest days following extreme testing by magazine journalists - the infamous 'Moose Test'. This led to changes to the suspension, steering and traction control that dulled its appeal to the keen driver but made it virtually foolproof for the average person.

Ride comfort isn't as refined as you would expect from a Mercedes-Benz, but remember it's in a completely different class to the more expensive Mercedes models. The tall stance makes for relatively large body-roll angles if you drive it in a spirited manner.

There are petrol and diesel engines of various sizes, depending on age and model. The engine capacity is indicated by the model name: A160 is 1.6-litre, and so on. The A140 may not have enough power for some, the other powerplants are good, with the A200 having a sporty feel.

Spare parts and servicing can be either regarded as expensive for a small car, or well-priced for an upmarket European one. The Mercedes network in Australia is very well established and efficient in its operation.

Insurance charges are a little higher than average for a car in this price range, but not seriously so.

It's smart to have an A-Class checked out by either a qualified Mercedes dealer or a senior engineer from your motoring association as the early models have an unusual design.

Some specialist mechanics who were originally factory trained at Mercedes dealerships may also be happy to do an inspection. The grapevine is a great way of finding the best people in the latter category.

Front tyres seem to be wearing a lot faster than rear ones, not an unusual problem in front-drive cars. Uneven front tyre wear could either mean the suspension has been bent against a kerb, or the car has been driven hard - or both.

Look for signs of crash repairs such as those which cars used in tight inner-city areas can suffer. Check for ripples in the panels, most easily spotted by looking at them end on; tiny spots of paint on non-painted surfaces; colours that don't match exactly from panel to panel.

Check for interior wear, most likely in the driver's seat before anywhere else, but also have a look over the back seat and in the boot, especially if you think the seats have been pulled out to carry bulky loads.

If there's the slightest doubt about the mechanical condition be sure to get a quote for repairs. Make sure the engine starts easily and is reasonably smooth in operation. Any hesitation is a cause for concern.

Manual gearboxes are rare and may have been initially chosen by those who like to drive hard and fast. Make sure the 'box is smooth and quiet.

Upmarket small cars may have originally been bought by those with aspirations to a high-image marque - but who couldn't afford the hight cost of routine servicing. 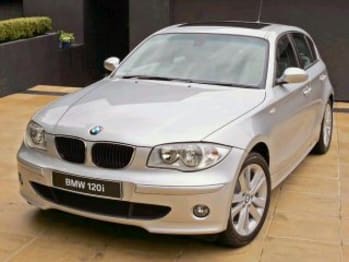 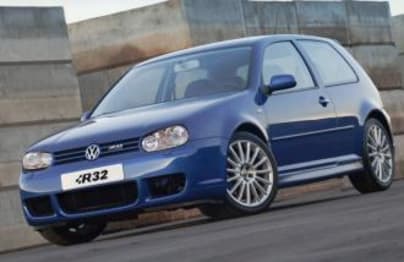 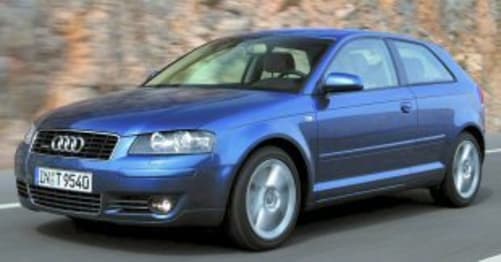 Mini Cooper Audi A1 Volkswagen Golf Audi A3
Disclaimer: The pricing information shown in the editorial content (Review Prices) is to be used as a guide only and is based on information provided to Carsguide Autotrader Media Solutions Pty Ltd (Carsguide) both by third party sources and the car manufacturer at the time of publication. The Review Prices were correct at the time of publication.  Carsguide does not warrant or represent that the information is accurate, reliable, complete, current or suitable for any particular purpose. You should not use or rely upon this information without conducting an independent assessment and valuation of the vehicle.