EXPERT RATING
7
Ewan Kennedy reviews the 2011, 2012, 2013, 2014, 2015 and 2016 Hyundai i40 as a used buy. The Hyundai i40 was initially sold only as a station wagon, called the Tourer, when it arrived in Australia in October 2011. With the Tourer Hyundai Australia was chasing potential buyers of crossover SUVs, offering a more

The Hyundai i40 was initially sold only as a station wagon, called the Tourer, when it arrived in Australia in October 2011. With the Tourer Hyundai Australia was chasing potential buyers of crossover SUVs, offering a more sensible vehicle than a high riding wagon.

The idea wasn’t particularly successful as SUVs are often sold to those looking for the macho image, not commonsense transport. A four-door i40 sedan didn’t reach us until May 2012.

Though not selling in huge numbers the Hyundai i40 is appealing to quite a few and are reasonably popular on the used-car scene. That’s because buyers are increasingly aware of the engineering and high build quality of the latest couple of generations of South Korean cars.

By the way, the i40 is in a significantly different market segment to the Hyundai i45, which is quite a bit larger, sleeker, more expensive - and less successful downunder.

Those travelling in the front of a Hyundai i40 have good-sized seats that are quite comfortable. Rear seat passengers will be short on knee room unless those in the front are willing to give up a little of their space. Despite the sleek roofline, headroom is good in the rear, even with a sunroof fitted.

Ride and handling are both good, with a sensible balance between firmness and comfort. The Series II benefits from further work by Australian suspension engineers working with South Korean guys to produce the sort of dynamics that are enjoyed by Australian drivers.

Hyundai i40 comes with the option of a 2.0-litre petrol or 1.7-litre turbo-diesel engine. We would probably lean towards the petrol ourselves but, but there’s not a huge amount in it. Try test driving both over a real distance to give you a feel of their performance.

In the first Series only the entry-level i40 Active is offered with a six-speed manual. It can be specified with a six-speed automatic, the midrange and topline Elite and Premium only come with the automatic. In the i40 Series II, the diesel engine was mated with Hyundai’s new seven-speed dual-clutch automatic.

A solid makeover to create the i40 Series II in June 2015 added sleeker styling, extra power and the increased use of multimedia technology. Not a lot of these are on the used-car market at this stage, but it’s worth keeping an eye out for them as they are significant improvements on the original.

Hyundai recently celebrated its 30th anniversary in Australia, as such it’s a well established part of the local scene. As is the norm for most cars there’s a strong emphasis on dealerships in the the metro regions, but Hyundai is increasingly looking at country cities and major towns.

Insurance is generally moderately priced and there’s not a huge difference in premiums.

Any Hyundai, not just an i40 may have been a rental car in its early days and perhaps thrashed by crazy drivers. On the other hand these cars are maintained and serviced strictly by the book. Any one with a lot of kilometres on the clock should be treated with suspicion.

Earlier i40 models were arguably on the cusp of the big improvements being made in build quality by Hyundai. So have a good look at the interiors, which lagged behind the bodies in the upgrades.

Look for seat damage or trim that’s not fitted neatly. We’ve even heard of steering wheels with surfaces peeling.

During your test drive listen for in-cabin squeaks and rattles that may indicate parts not fitting correctly.

Turbo-diesel engines will take longer to fire up than petrols, but if one seems too bad have it checked in a workshop. Ideally one that specialises in Hyundais.

View all Hyundai I40 pricing and specifications 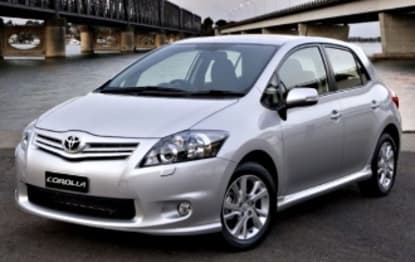 Hyundai i30 Volvo S60 Hyundai Elantra
Disclaimer: The pricing information shown in the editorial content (Review Prices) is to be used as a guide only and is based on information provided to Carsguide Autotrader Media Solutions Pty Ltd (Carsguide) both by third party sources and the car manufacturer at the time of publication. The Review Prices were correct at the time of publication.  Carsguide does not warrant or represent that the information is accurate, reliable, complete, current or suitable for any particular purpose. You should not use or rely upon this information without conducting an independent assessment and valuation of the vehicle.

END_OF_DOCUMENT_TOKEN_TO_BE_REPLACED

Hyundai I40 cars for sale